A period doucai porcelain candlestick with a large Qianlong mark dates to the zenith of Chinese cultural development in the 18th century. It stands at 13¾in high and is identical to one from the Meiyintang Collection sold by Sotheby’s in 2012. Heralded as one of the last great European collections of Chinese porcelain, the Meiyintang held over 2000 pieces. 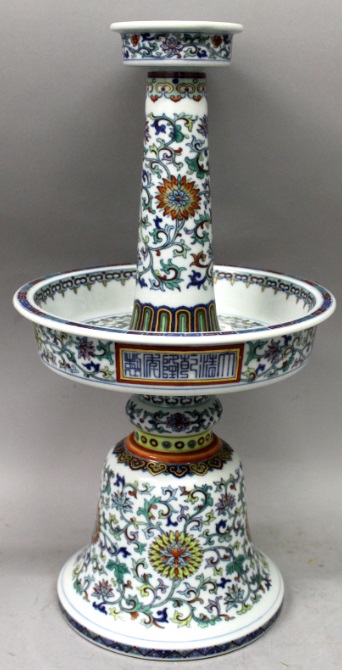 Further Chinese highlights from the sale include an unusual Han-style bronze mountain censer and cover, also 13¾in high, and pitched at £2000-3000, as well as a rare 19th century Canton King George and Queen Charlotte sectional ivory chess set with hopes of £800-1200. 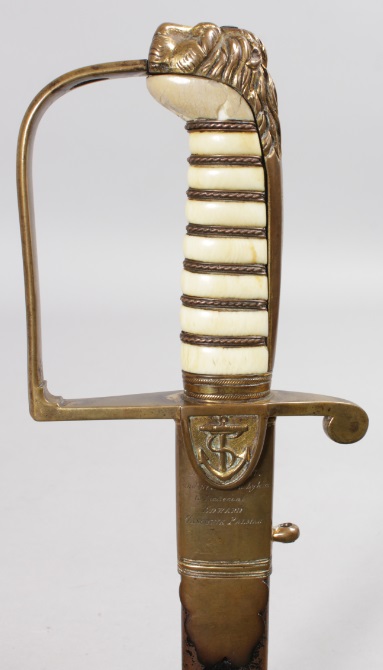 The following day, the auction house will stage its Fine Antiques and Collectables sale with most excitement surrounding an 1805 pattern Naval officer’s sword presented to Edward Gascoigne Palmer by Lord Nelson, whom Gascoigne accompanied to the West Indies and back in pursuit of the combined fleets prior to Trafalgar.

Palmer made his name five years later when lieutenant of the ‘Rinaldo’ off Dover. Chased by two French lugger privateers, the ‘Rinaldo’ engaged one of them, the 14-gun ‘Maradeur’, and although considerably outnumbered, the ‘Rinaldo’s’ crew, under Gascoigne’s command, boarded and captured it without any loss of life, although Gascoigne himself was slightly wounded.

Also in the sale, a superb set of four George III two-handled oval sauce tureens, covers and liners by Paul Storr. Each weighing 188ozs, with cast lidded handles with lion masks, acanthus and flower heads. Reeded shell mounted handles and lion masks on the base and supported on four bold legs with claw pad feet. Standing at 7.5ins high and 9.5ins long, they come with an estimate of £15,000 – £20,000. 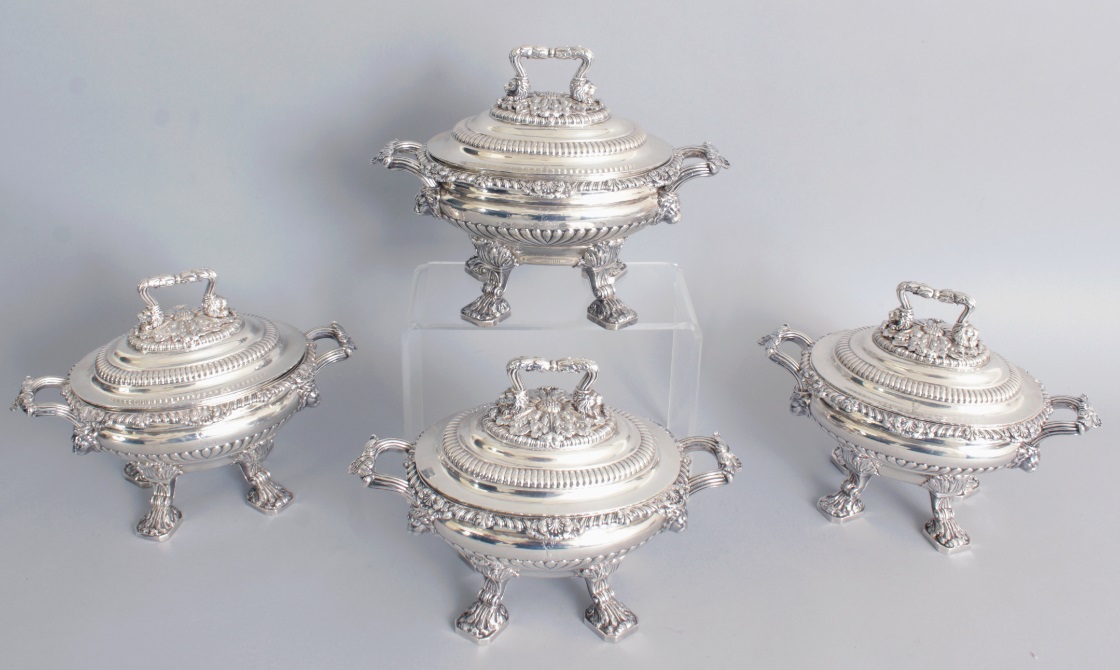 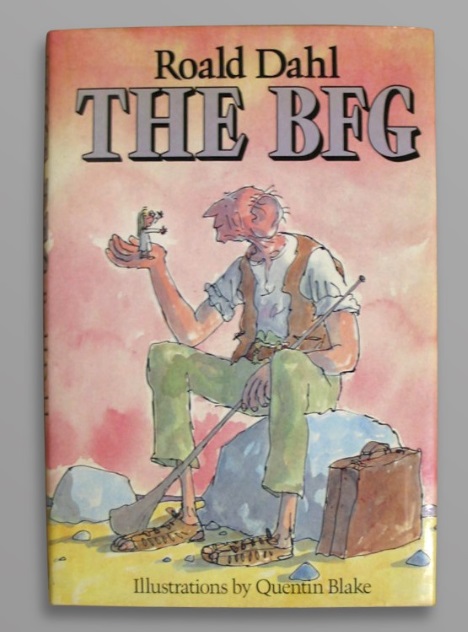 And lots with a local interest include early 1890s issues of The Strand Magazine with Sherlock Holmes stories, an archive of early material relating to the Pilgrims Way Motor Company of Farnham and a 1919 book of walks and rides around Midhurst.

A first edition of The BFG, signed by both Roald Dahl and the illustrator Quentin Blake, leads a trio of works by the author with a guide set at £800-1200. They form part of a 30-lot consignment of from the library of Laurence Pollinger (1898-1976), one of the leading literary agents of his generation, whose estate had sold a number of works via John Nicholson’s earlier this year.

As well as two other signed Dahl first editions, one of which, The Gremlins, was also inscribed “With love from Roald 3/4/43” and priced at £300-500, the Pollinger consignment includes first and limited editions – some signed – by the likes of Somerset Maugham, H.E. Bates, D.H. Lawrence and Graham Greene.

Another highlight is a series of 11 photographic portraits of famous people by the British photographer and artist Sphinx, pre-eminent among them a portrait of Edward VIII as Prince Wales, signed by the subject. From the collection of Charles Paravinci, who was the Swiss Minister in London in the late 1930s.

A signed and inscribed copy of Volume 1 of Thomas Hardy’s The Mayor of Casterbridge, from 1886, carries an estimate of £100-200, while a 3rd impression of Charlie Chaplin’s 1964 book My Auto-Biography has the value of its £80-120 estimate in the inscription by the author: ‘To Eric, It is the best I can do! Charli’ and is accompanied by a folder of press cuttings relating to Eric Rogers, the composer and conductor best known for his Carry On film scores, but who also worked as conductor on Chaplin’s 1959 release The Chaplin Revue.

Unsigned but inscribed ‘To Dear Julia from her loving friends’, with a list of school friends and teachers, dated August 9th 1866, is a first edition of Alice’s Adventures in Wonderland by Lewis Carroll. With some condition issues, it has been carefully guided at £400-600.

One of the most unusual lots is a modern photo album containing 29 black and white captioned images and titled ‘Origins of the Fax Machine’. The photos depict the 1947 voyage of the Royal Family (GVI, Elizabeth, Margaret, et alia), mostly of the Royal Family in informal contexts on board H.M.S. Vanguard, the first ship is the R. N. to be equipped with teleprinters and facsimile electronic and electro-mechanical equipment for the transmission of pictures and messages. The present album is a rare concentration of material recording the pioneering transmissions of faxes relating to the voyage.

The album comes from the library of W. T. Perkins, M. Inst. B.E., A. M. Brit. I.R.E., who was seconded from the G.P.O. in WWII to Whitehall, where he worked on the development of radar and electronic communication systems, was later the author of several books on telecommunications, etc., and had a large role in the development of fax technology. The lot comes together with an official, illustrated souvenir booklet commemorating the trip and is expected to fetch £200-300.

Local historians will doubtless be interested in ‘Pilgrims Way Motor Company, Farnham’, an archive of early material, including the 1907 winning medal and Certificate for the R.A.C. Vapour Emission Competition; sundry early photographs of cars and vans; publicity material and brochures. This repository of early 20th century history should sell for £500-800.

Frank Tatchell’s Walks and Rides round Midhurst should also attract local attention. Privately printed in 1919, the lot also includes a manuscript poetry anthology by the author, who was the Vicar of Midhurst. The price is £50-100.

All of the above follows the auction room’s December 10 sale of Jewellery and Gifts.