From the year’s best finds to sales that exceeded all expectations, dealers and auctioneers look back over an exciting year to reveal a few of their highlights of 2016 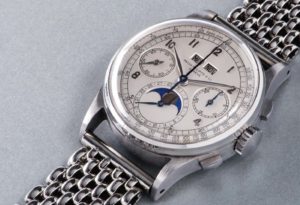 Few watchmakers can match the allure of Patek Philippe. The Swiss manufacturer, which has been handcrafting timepieces since 1851, set a new record for a wristwatch this year when a “reference 1518” sold for £8.6 million in Geneva. What was so special about it?
Scarcity was a key factor. Only 281 were made – all between 1941 and 1955. And only four were fashioned from stainless steel, including this one.
Auction house Phillips said before the sale: “The impressive size, the superb complications it integrates, the immaculate condition, and its ultimate rarity come together to make this a watch that will exceed the expectations of even the most demanding scholars, connoisseurs, and collectors.”
It previously sold for around £150,000 in 1995. That’s compound growth of 21 percent per annum in the intervening years. It also smashes the previous wristwatch record of £6 million set by a Patek Philippe 5016 last year. 2016 also posted a new record for a Rolex, with a 1942 “reference 4113” split-seconds chronograph achieving £1.9 million. The Patek Philippe Henry Graves Supercomplication pocket watch holds the record for any watch. It sold for £13.4 million in 2014.

After a thrilling battle between four phone bidders and one in the room, Christie’s celebrated a new auction record for a canvas by French Impressionist Claude Monet. The work, entitled ‘Meule’ or ‘Grainstack’ fetched a total $81.4 million (£65m) at the Manhattan sales room. 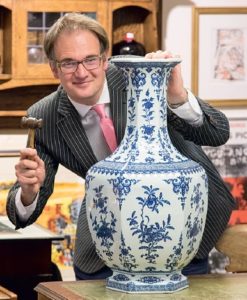 At Hansons the hammer
price of £600,00 for a large 66cm (2ft 2in) Qianlong vase set a house record. Managing director of the Derbyshire
auctioneers, Charles Hanson, described it as, “Our biggest find to date
and in remarkably good condition.” It had been consigned by a West
Midlands vendor who had been using it as a door stop! 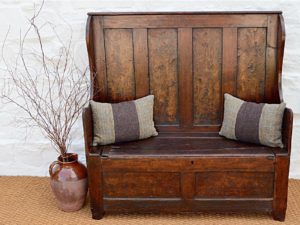 At Welsh Vernacular Furniture in west Wales this superb Pembrokeshire sgiw (or settle) with burr elm panels, which sold for £1,200, was one of the favourite finds of 2016. Jon Holder said: “It had everything: colour, texture and it is so rare to find burr panels in a country piece from this area of Wales. With no repairs or losses it was a magnificent piece.” 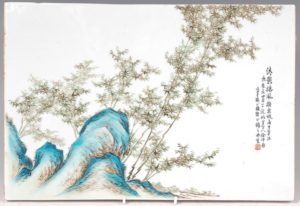 Another Asian treasure, this time a Chinese enamel plaque, possibly by Xu Zhongnan, was one of the highlights of the year at Lacy Scott & Knight in Bury St Edmunds in Suffolk when it sold in June for £42,000. 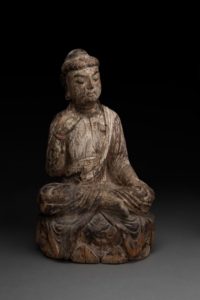 The Raphy Star Collection of Important Asian Art achieved a new record for a single-owner collection of Asian Art at Mossgreen Auctions in Sydney, Australia recently with a total of over AUD$2 million (£1,180,000). 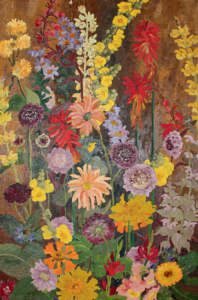 Champagne corks flew at Henry Adams Fine Art in Chichester when a work by the self-taught Welsh painter Cedric Morris set a record for the artist on April 14. Summer Garden Flowers sold for £81,000 (including a buyer’s premium of 20 percent). 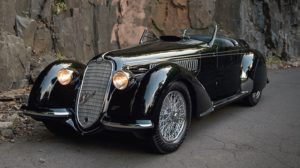 2016 has seen three major new records in the classic car sector. A 1939 Alfa Romeo 8C 2900B Lungo Touring Spider set a new record for a prewar car at £15.6 million at RM Sotheby’s in California. That surpassed the previous high mark of £7 million achieved by a 1936 Mercedes-Benz 540K in 2012. Its majestic looks and extreme rarity (one of only 12 still around) were major factors in the strong price.