Essex auction house Sworders is launching a Print department with two auctions a year, starting with an inaugural sale in May entitled ‘500 Years of Printmaking’. 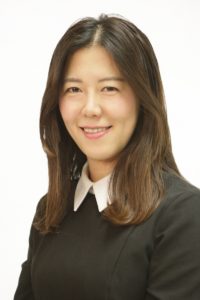 Curated by Shane Xu, who worked at Bloomsbury Auctions for a number of years, the sale will feature works by some of the greatest names of British print-making, such as Eric Gill, Elisabeth Frink, John Piper, Patrick Caulfield and Henry Moore, as well as masters of the art from other countries, such as Picasso, Chagall, Miró, Matisse and Dalí.

“This is an exciting and timely departure for us at Sworders as the new print department will complement the significant strides we have been making in our Modern British art sales over the past year,” said managing director Guy Schooling.

“Shane’s knowledge and expertise, as well as her fluent Chinese, knowledge of Japanese and proven track record of building up key client bases from scratch, promise to make our print sales a roaring success, as this first effort already shows.”

Xu, who first encountered Sworders while working on the Triple-A initiative to China, has an international background as a financial analyst in the headquarters of a Fortune 500 company in Shanghai. 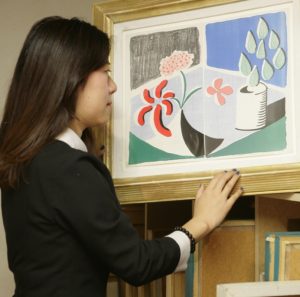 Her passion for art brought her to London where she completed a Masters degree in Event Management before immersing herself in the art world, spending every Saturday of her first two years at Bloomsbury in the British Library, British Museum and prints studios studying prints and printmaking techniques.

She has also focused on building client interest in China, which has not had a mature tradition in printmaking.

“China is an immature market in this sense,” she says. “It is all about educating people who at first could not understand why you would spend good money on what they saw, essentially, as a copy. Having spent a great deal of time talking to interested collectors, I have found that people have gradually started buying. So far they have stuck to well-known blue-chip artists like Chagall, Picasso and Dalí, while younger buyers – the majority of them bankers – are most keen on Banksy.”

She continues, “When I worked at Bloomsbury, I was delighted to focus on Modern and Contemporary prints, with highlights of my time there including sourcing and selling Andy Warhol prints and some wonderful linocuts by Picasso.

“My new role at Sworders will allow me to extend that range to include the whole history of printmaking, which is a very exciting prospect, and we will be working on ideas to explain the attraction of prints and printmaking techniques as part of that process.”

So far, several hundred lots have been consigned for the sale, and Xu is working on building that further.

“This is the culmination of years of work and study, building up detailed knowledge of artists and the market, while focusing on what buyers and sellers want on an international basis,” she says.