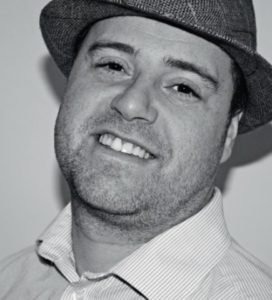 Your name is often the first thing you learn as a child, the only thing you truly own throughout life, and the sole reminder of you centuries later. In this season of reflection I thought it would be fitting to explore just a few of the interesting names currently in use by antique businesses around the UK.

Though the use of a family name or location is still the most common choice for antique businesses, there is a growing band of people willing to buck the trend with innovative alternatives. Each tells a story and together reflects the quirkiness and individuality that makes the antiques industry so appealing.

These unusual names mirror the wider trend in business for ‘brandables’. Brandables are words or names that are highly memorable (so great for marketing), but sometimes have little connection with the purpose of the business. Think of companies like ‘Orange’, ‘O2’, ‘Dave’ and ‘Purple Bricks’ as well known examples.

A great business name not only keeps you memorable long after the public walk away, but as the dealers below attested to, can be a great ice breaker too.

Some names used are clearly variations on a theme. ‘Inkredible Inkwells’ and ‘Simply Decorous’ do what they say on the tin. In other instances the name is more personal. For James Gooch of Doe & Hope in Bedford the name was inspired from things he loved. He says, “I always liked seeing deer in the woods when out walking and also liked the theme of hope in J.R.R.Tolkien’s stories. It was just a marriage that came to me. Originally I thought it was a good name for a bar or pub, but it was also the seeds of my own business.”

Russ Harrison who runs Seventeen Twenty One Antiques in York explained that his numeric name referred to his selling items from the 17th to the 21st centuries. Sometimes these easy names really are best. At Diem, a company specialising in high-quality jewellery and retailing from Grays in London, the family surname of ‘Day’ was given its Latin form. That ‘Diem’ sounded similar to ‘diamond’ and ‘gem’ was also quickly recognised.

Some business names have more personal memories attached to them. ‘Mangled Tout’ Antiques of Stratford was a name that certainly needed explaining by owners John and Jenny Strafford.

“Many years ago we were lost on the road somewhere north of Leeds when our young daughter spotted a posh restaurant called ‘Mange Tous’. When she asked us what ‘Mangled Tout’ meant the story stuck and we decided, if we ever started a business, that would have to be its name.”

For York-based Wigs on the Green Fine Art, which specialises in historical portraits, it was a family connection that appealed. “It’s from a common Irish phrase dating back to the 18th century and relates to a reputed brawl that took place on St Stephen’s Green in Dublin,” explained owner Cynthia McKinley. “There will be wigs on the green’ means you think things are going to turn nasty. I fondly remember my grandmother saying it.”

The company Studiotic, which trades in works on paper from the arts and crafts to art deco period, owes its name to an insult. The term ‘studiotic’ was originally used in a derogatory way in a poem by the arts and crafts designer Robert Ashbee attacking the aesthetics of the art nouveau movement.

For Sue and Alan Poultnay of Kent-based Scarab Antiques it was their South African roots that steered them in the direction of their first proposed name – ‘Dung Beetle Antiques’. Sue said: “The dung beetle is the hardest working animal of all. It is always foraging around the dung to improve its home, which seemed to fit what we were doing. When our friends said we couldn’t possibly name the business after a dung beetle, we opted for scarab instead!”

An unusual and humorous name was chosen for Edward and Cassie Nicholas’s antique shop in Bristol called Dig Haushizzle. Its literal translation from slang German alludes to loving a house of rubbish (or a slightly ruder word). Cassie said: “We were sitting around with friends trying to come up with a name that reflected what we do and, when someone said it, the name made us break out laughing.” It was a similar story for Carol and Chris Bates from Kirklees in Yorkshire. When Carol asked what their new antiques business should be called Chris’ facetious response was Past Caring, and the name stuck.

Finally some names are chosen with a far grander plan in mind. When Simon and Helen Main had the idea to set up an online antiques and crafts mall a few years ago they weren’t sure what exactly they wanted to sell. The name Village-on-the-Web was chosen because it gave scope to create a virtual online antiques shopping village (complete with a virtual church and playground) where new dealers could inhabit shops on their village high street.

As for the name of my business eddintheclouds – it’s written as one word to keep the pun and I started using it long before cloud-based internet services were around. I tell people that it reflects my state of mind, but the online internet reference has just been a happy coincidence!