A large selection of late Ming and early Qing shipwreck wares, from the collection of Captain Michael Hatcher, will appear in John Nicholson’s Oriental sale later this month in Fernhurst, Surrey. 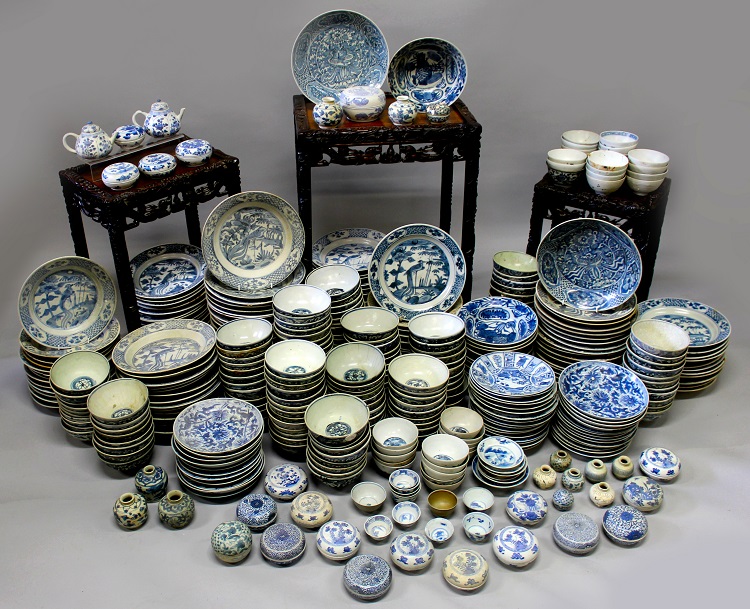 Hatcher is the explorer and marine salvage expert who made arguably the two greatest shipwreck cargo discoveries of Chinese porcelain and other wares in the South China Sea: the Nanking cargo of the early 1980s and the Tek Sing cargo of more than 360,000 pieces in 1999.

Born in Yorkshire in 1940, Hatcher was a Barnado’s boy from the age of two to 15 years old. He was taken to Australia at the age of 13 where he discovered a passion for the sea after being introduced to sailing in his late teens.

In his early twenties he decided to leave a career in farming to become an engineer, and by 1981 he had started his own salvage company which enjoyed success with the discovery of the Nanking treasure in 1987 and the Tek Sing cargo in May 1999. In 2014 he discovered the Ming Cargo, which took over four months to excavate and part of which is being sold at John Nicholson’s Oriental auction.

The sale takes place on January 25th with estimates ranging from £50 to £300.