Swann Auction Galleries will offer one of the last photo portraits of American poet and writer Edgar Allan Poe (1809-49), taken just three weeks before his death. 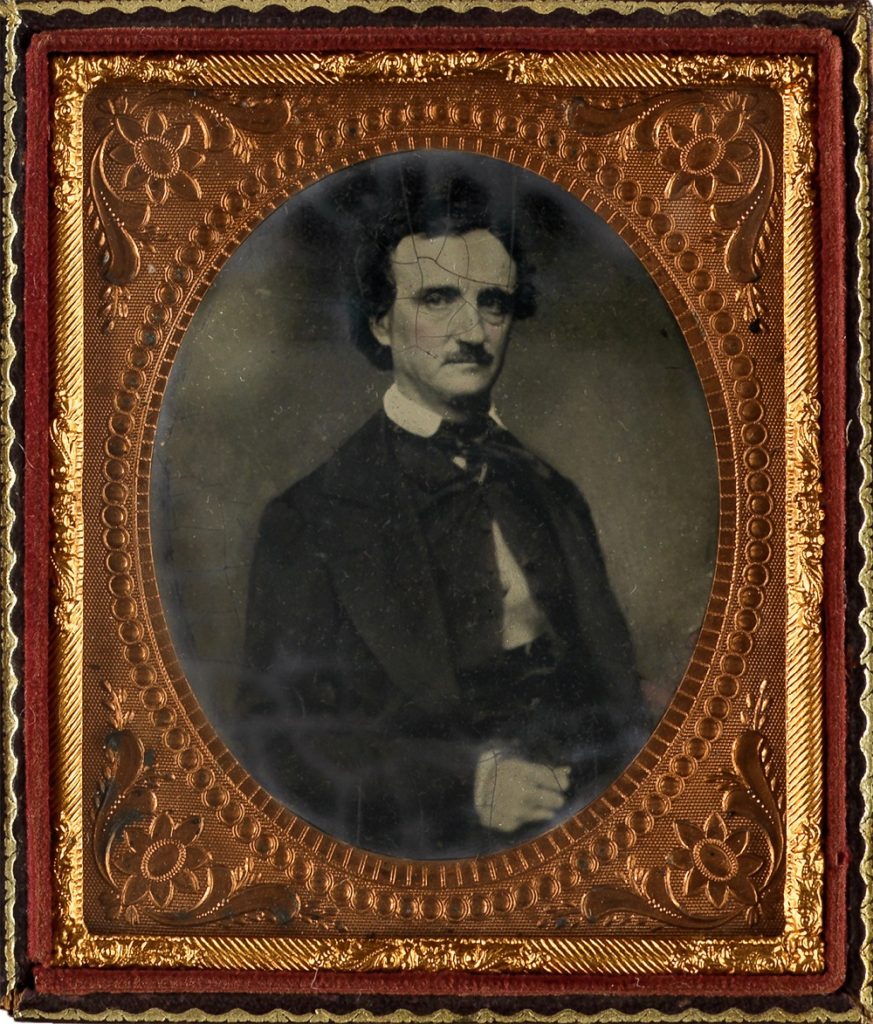 Poe, who was born in Boston, was a prolific poet, writer of short stories, and essayist whose reputation is as an enduring master of the macabre. His lifelong obsession with horror – crime, drugs, premature burial, mourning, the reanimation of the dead – position him as an anomalous historic figure whose brilliance often eluded his Victorian contemporaries.

He earned his living as a writer and became widely known as a critic, and he achieved notoriety and fame with his seminal poem The Raven, which made him a household name. Despite his copious output, he lived in poverty, briefly matriculating through the Army and West Point, working successfully but itinerantly, marrying his young cousin, and dying mysteriously in Baltimore.

Perceived by some today as something of a morose, Gothic figure, the writer (whose family roots were in Baltimore and Richmond) was apparently quite genteel, charismatic, and generous, but also somewhat sensitive, bitter, and occasionally outrageous. Poe spent the last three years of his life in a picturesque cottage, in the Bronx. This small wooden farmhouse, a pastoral setting, was where he penned many of his best-known poetical works and short stories, including Annabel Lee, The Bells, and The Cask of Amontillado.

Throughout Poe’s short life he sat for many photographic portraits. The image offered here is a tintype after the so-called ‘Traylor’ daguerreotype, owned originally by Poe’s first fiancée Mrs. Sarah Elmira Shelton (née Royster, whom he reconnected with prior to his death). The daguerreotype was made in the troubled last weeks of Poe’s life by William A. Pratt in Richmond, Virginia, and the tintype was produced a few years later. The whereabouts of both is unknown, making this image at Swann Galleries all the rarer.