Despite reports about the lack of demand for brown furniture, one piece proved the star of Sworders‘ recent auction in Stansted Mountfitchet last month, with a chest of drawers selling for an impressive £42,000. 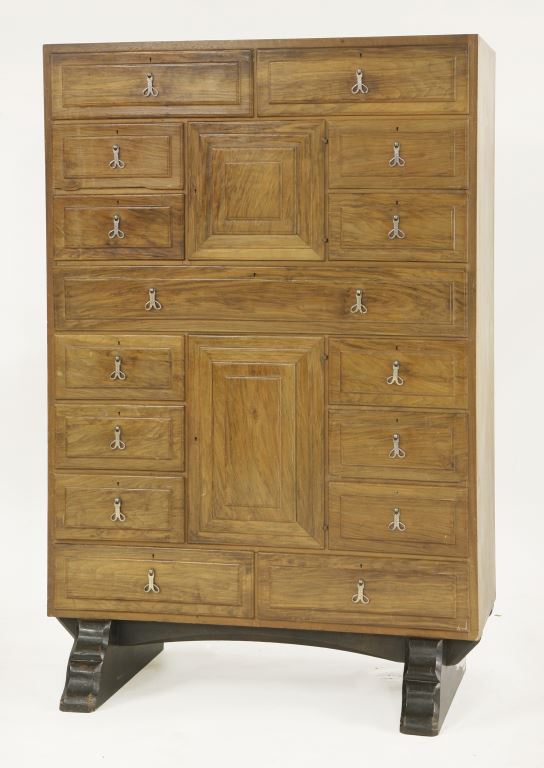 The 4ft 3in high walnut secretaire chest of drawers designed by furniture maker Ernest Gimson around the turn of the 20thcentury had been expected to make no more than £12,000, but soared to its eventual price thanks to a bidding war.

And the following lot, a similar sized but fairly plain cedar linen press also by Gimson, went massively over its £3000-5000 estimate to sell at £22,000.

Prices for many of the other lots in the 20th Century Decorative Art and Design sale were also strong.

Sworders director John Black said the auction had shown that brown furniture can still do extremely well and prove an excellent investment if you know what to look for. He said, “The Gimson lots were just two of the amazing Arts & Crafts pieces we had in the sale. People keep talking furniture down, but there is a very healthy appetite for designs by the great artist-craftsman makers of the late 19th and early 20th centuries like Gimson, ‘Mouseman’ Thompson and Gordon Russell, all of whom featured in our auction.”

What made the sale even more interesting is that relatively ordinary furniture pieces also did well. For example, an Aesthetic ebonized and amboyna inlaid credenza, dating to around 1875 and not thought to be in tune with current tastes, went well above its £500-700 guide to take £3100.

And a set of eight oak dining chairs designed for Liberty & Co with hopes of just £300-500 sold for £920. A number of other lots of Arts & Crafts furniture also went well over or even doubled their guide prices.

John said, “Many of these pieces are very beautiful and sit as well in a contemporary domestic setting as they did a century and more ago when they first captured the public’s imagination. It’s no wonder so many people want them now, and I can’t think of a better example of how brown furniture is still at the top of many shopping lists.”