Katy Buckley from the Staffordshire-based Potteries Auctions looks at the market for ceramics in the coming months.

At this time of year I have always desired a crystal ball. How fabulous would it be to predict what will sell well in the coming year? The world of collectable ceramics can be a fickle one, so for 2017 how do we know what is hot and what is not? 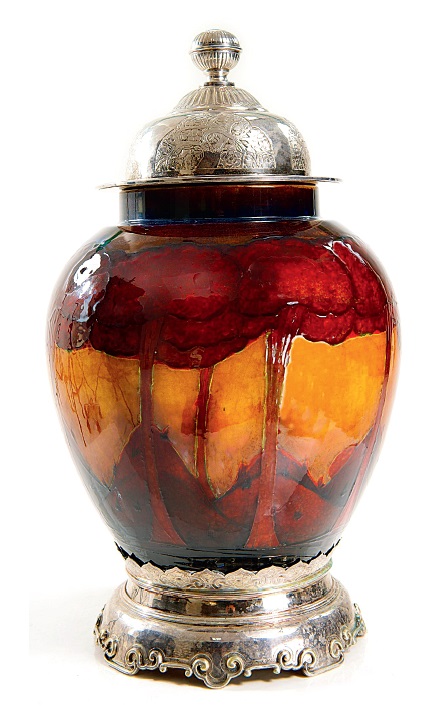 As a starting point we should consider the pieces from 2016 that did consistently well at auction throughout the year. Here we find a trend for all things English. Historically, English ceramics have been exceptionally popular in Europe but now the demand is coming from further afield. This has been fuelled by a weak pound, an increase in exported British television shows and the convenience of online bidding platforms at many British auction houses.

Live bidding platforms operate worldwide. They offer the opportunity for global buyers to bid live at auction. They can see and hear the auctioneer, view each lot in detail, (often with more than one photo), further supported by the option of requesting detailed condition reports. This has really opened up the market for English ceramics in Asia, notably China, Japan, Korea, and Thailand (China formerly was primarily known for exporting reproduction ceramics, but the tide is turning and Chinese collectors now import a lot of our home manufactured pottery).

The Asian market is attracted to the ‘stereotypical’ style of English ceramics. Royal Albert Old Country Rose is ever popular, Wedgwood’s Jasperware is enjoying a resurgence, Royal Crown Derby is becoming highly collectable and since Lady Grantham took tea in the drawing room at Downton Abbey with her Mason’s tea service, in the popular TV series, it is once again in vogue.

Closer to home, prices for Royal Doulton figures, character and Toby jugs are continuing to fall, but it is not all bad news. As prices for 30 or 40-year-old Beatrix Potter figurines have fallen to an all time low (of less than £10 each for the more common ones) it has awoken a new wave of collectors drawn by cheaper prices.

2017 will undoubtedly be a good year for rare items as there seems to be an insatiable desire to own the most obscure and unusual, with much more importance being placed on identification and provenance. This can be demonstrated as collectors enjoy the stories which accompany their acquisitions. The demand for quality and the unusual seems to defy the financial, economic and political turbulence of society, and the desire to own the most unattainable remains prevalent.

With this in mind, I predict 2017 will be an interesting year for British pottery and ceramics. Be vigilant when out and about at auctions or antique fairs; try to look for a rare pattern on a Moorcroft or Wedgwood Fairyland Lustre vase. I feel it will prove to be a sound investment. In addition, you may want to consider a modern piece of Moorcroft as they can easily be found at around 30 percent less than the recommended retail price due to the flood in the market – which makes now a very good time to buy!

Most importantly, make 2017 a year in which you buy pottery that you will enjoy; choose a piece that you like to look at, and that you want to live with. After all, this was why it was manufactured in the first place.

Potteries Auctions based in Newcastle-under-Lyme holds world records for prices achieved on Royal Doulton, Beswick, Wade and Carlton Ware at auction. It specialises in 20th century ceramics with regular sales on the last Saturday of the month. For more details visit www.potteries.com