Featuring in the Jewellery, Silver and Watches sale at Dreweatts & Bloomsbury Auctions next month is a wonderful collection of 18th and 19th century Belgian, Dutch and French silver and objects of vertu, consigned by the English descendants of the van den Steen de Jehay family.

Château de Jehay is a castle near Amay in the province of Liège in Belgium. Lambert van den Steen, lord of Saives (1664-1757) was the first representative of the van den Steen family to bear the title of lord of Jehay. In 1720, the château and its lordship was purchased by Lambert van den Steen who was an advisor to the Prince-Bishop of Liège. The family went on to keep the domain for 280 years. The title of comte (count) was conferred in 1840. 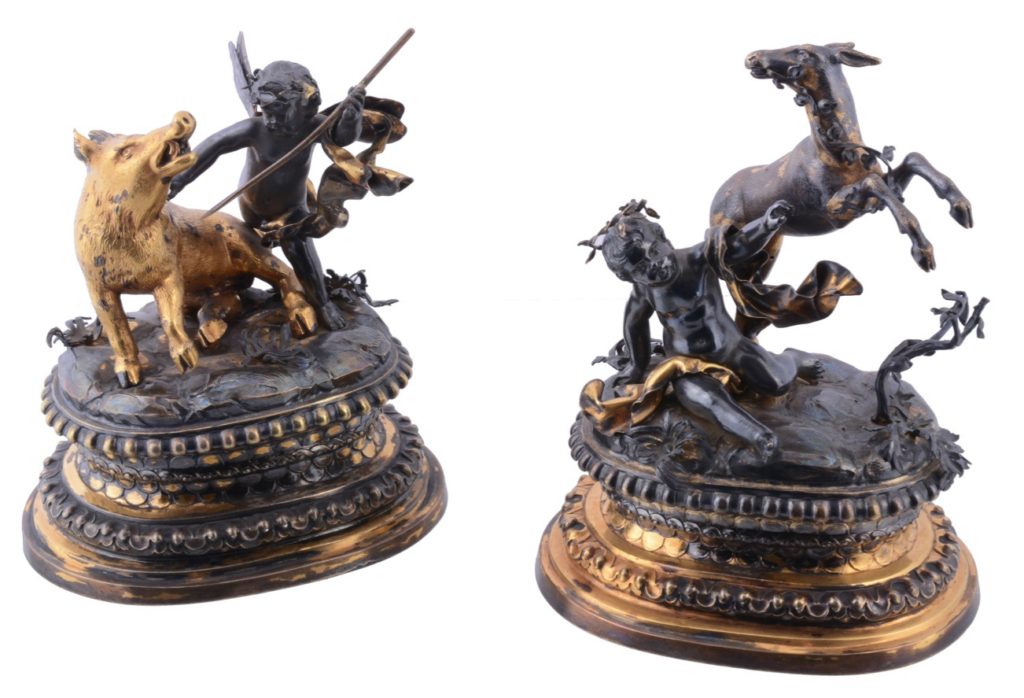 A highlight from this collection comprising 13 lots in the sale on 15th March is a striking pair of late 17th/early 18th century silver parcel gilt figure groups by Abraham Drentwett II, Augsburg, circa 1800. One features a cherub with a spear tackling a wild boar and the other a seated cherub with a bow with a rearing hind, each on an oval base (estimate £30,000-50,000). 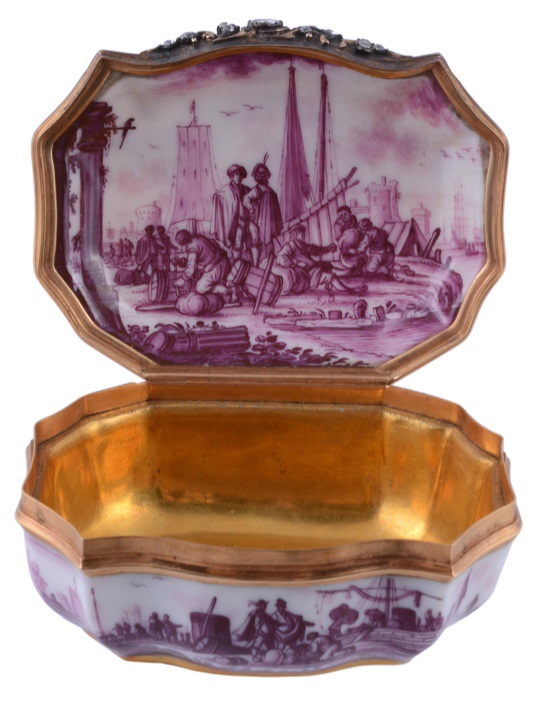 Also in the sale is a Belgian silver gilt King’s shape dessert service by Auguste Bonnevie, 1831-1868. The set comprises: twenty spoons, twenty forks, twenty tea spoons, and nineteen knives (including one French knife in a differing pattern) with silver gilt blades and silver gilt loaded handles. This beautiful cutlery is enclosed in a mahogany case with accompanying tray complete with an engraved name plate and coat-of-arms (£600-800).

During and after the Second World War the castle was used as a children’s home and was in rather poor condition. It was given back to Count Guy van den Steen in 1950. Guy van den Steen was a sculptor and many of his works now adorn the château’s grounds. Guy’s death in 1999 brought to an end the van den Steen de Jehay family line. The castle and its collections were acquired by the province of Liège. Guy van den Steen’s legacy was to leave the house open to the public in as pristine condition as possible.

The sale takes place on 15th March at Donnington Priory.