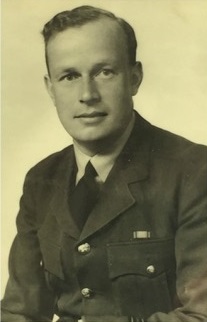 The Library of the Late Hubert Dingwall, featuring rare and historic titles collected by book collector Hubert Dingwall over 70 years, will be the first collection to go under the hammer at Dreweatts & Bloomsbury Auctions’ new London premises, opening in London’s Pall Mall this April.

Hubert Dingwall’s (1912-2001) passion for serious book collecting started when he was in his early 20s, soon after he graduated from Oxford. From the early 1930s he enjoyed trawling the many booksellers’ barrows in the Charing
Cross Road for bargains, although later he established a close relationship with the revered bookseller Maggs Bros. Ltd, whose professionalism he always admired.

Through his sister Winifred, he met Patricia (Patsy) Harrison on holiday in Donegal; they married in 1946. The couple lived first in Finchley, north London, and then, from 1951, in Wimbledon. Here, they had books in every room, except the kitchen and bathroom, and the house also boasted two large cellar rooms that were soon fitted up with library-style shelves, lighting and background heating to accommodate Hubert’s ever-growing collection.

Commenting on his collection, Hubert said, “I well remember the first book I bought once the bug had bitten me: It was in 1935, a vellum-bound copy of the Second Part of Don Quixote printed in Spanish in Antwerp in 1697. It cost me 1s 6d! This was, of course, far from being contemporaneous with Cervantes, who died in 1616, but at least it was the right century. You will realise how green a collector I was … that I felt confident I should come across the First Part in next to no time”.

His continued interest in Cervantes and the tale of the illustrious and victorious knight Don Quixote is the subject of one of the key highlights of the auction. Cervantes Saavedra (Miguel de) El Ingenioso Hidalgo Don Quixote de la Mancha, 1780 is the first Spanish Royal Academy edition, 4 vol. and is estimated at £10,000 – £15,000. The four volumes are handsomely bound in Spanish paneled calf probably by the contemporary Madrid binder Antonio de Sancha.

The collection also contains an important section of ’emblemata’, books pictorially depicting morals, axioms and fables, including a copy of Horatius Flaccus Emblemata printed in 1612 and translated by the Dutch poet Jan van der Veen (1578-1659). The book features 103 engraved plates of emblems and is estimated at £350 – £450. Spiegel van den Ouden ende Nieuwen Tijdt, 1633 or Mirror of the Old and the New Times is by the Dutch poet, humourist and politician, Jacob Cats (1577-1660). This emblem book is one of his most famous and is presented as 4 parts in one with 79 engraved emblems (estimate £500 – £700). Cats also acted as a political envoy and in 1627 came to England on a mission with Charles I, who later made him a knight.

His home, situated near The Hague, is now the official residence of the Dutch Prime Minister named ‘Catshuis.’ The Emblamata Amatoria, 1682 by Vaenius or Otto van Veen (c.1556-1629) comprises 44 full-page engraved emblems and is expected to realise between £600-£800. Vaenius was primarily active in Antwerp from c. 1594-1598 and a teacher of Rubens. He was renowned for featuring putti that enacted the mottoes and quotations from lyricists, philosophers and ancient writers on the power of love. 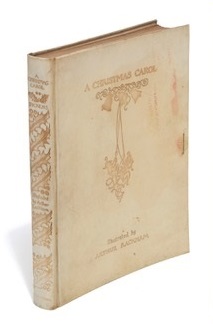 Charles Dickens is represented by a deluxe and illustrated edition of A Christmas Carol, 1915 (right). Illustrated by Arthur Rackham this version is one of 500 signed deluxe editions and features many of Rackham’s best known illustrations. The work is estimated at £800 – £1,200. 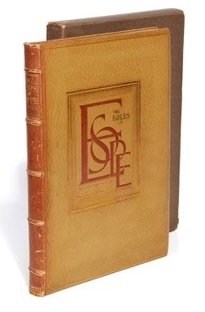 The 20th century is represented by a volume of Aesop’s fables published in 1932 by the Gregynog Press – a philanthropic venture started by two sisters in the early 1900s. The book is illustrated with engravings on wood by engraver and illustrator Agnes Miller Parker (1895–1980). Titled, The Fables of Esope, 1932 (left), the bound book is one of 25 specially bound copies (estimate £2,000 – £3,000).

The auction will take place in St James’s, London on 27th April. Dreweatts & Bloomsbury Auctions and the prestigious, long standing dealers Mallett will open new premises in Pall Mall creating a bespoke dual purpose auction and retail space. There is a preview brunch on Sunday 23rd April timed to coincide with the anniversary of the death of two literary legends: Miguel de Cervantes and William Shakespeare.