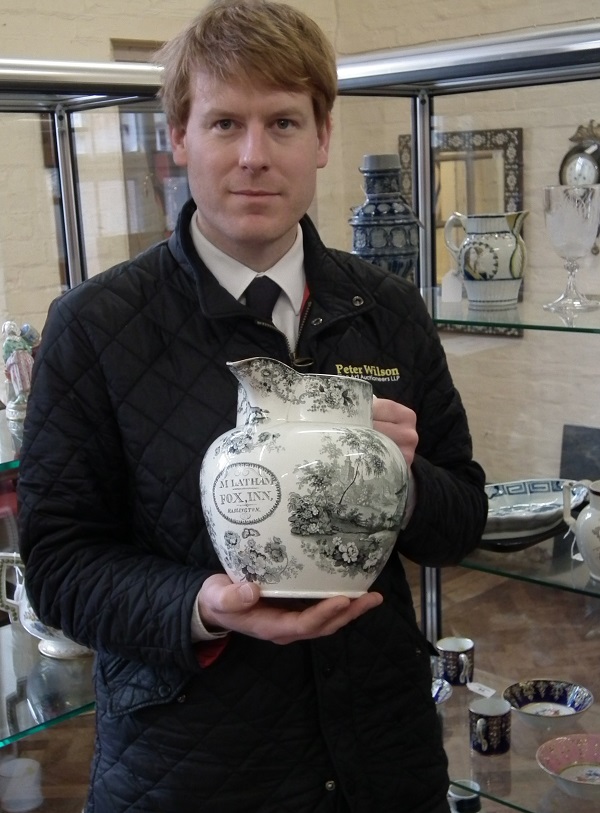 It’s chipped and cracked, but an old pub jug, dating from the 1860s, sheds a little more light on the history of Haslington, a village in Cheshire.

Its significance is its inscription: M Latham, Fox Inn, Haslington, which looks set to bring in local bids when it is offered by Nantwich auctioneers Peter Wilson this week.  With a guide price is £30-50, the jug’s local connections could see it fetch more, despite its damage. 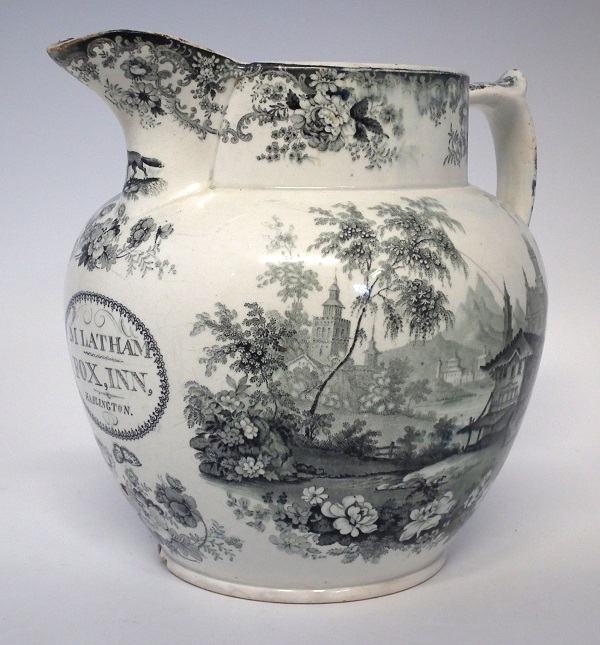 The jug’s appearance had Peter Wilson ceramics specialist Chris Large asking residents for assistance. Alan Casey, who runs the village’s website www.Haslington.org, said the 1836-51 Tithe map for Haslington shows what is now the Fox pub was originally a house with gardens and outbuildings. The land was owned by John Latham and the house was occupied by Matthew Latham.

“I understand there was an earlier pub nearby called the Fox but I didn’t know the exact location,” he said. However, further research solved the mystery.

David Green, who has written five books on Haslington said, “The old Fox Inn was sited virtually opposite the existing pub, on the other side of the road, on land now part of the sports field for Haslington Primary school. My records show the Latham family being landlords there from 1850 to 1874 when John Scott took over, so Peter Wilson’s dating of the jug looks spot on.”

The jug will be sold on Thursday 16th March on behalf of a local lady whose grandfather ran the Fox in the inter-war years but is not related to the Latham family.