Christie’s forthcoming Photographs auction next month will showcase some of the leading names found behind the lens throughout the 20th century. 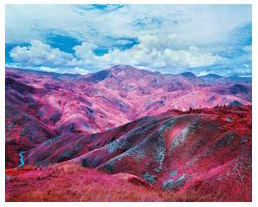 Highlights of the sale include Helmut Newton’s Private Property Suites I, II and III, the complete set from his personal collection, that capture familiar faces from the worlds of art and fashion – Andy Warhol and David Hockney and the models Charlotte Rampling and Raquel Welch (1984, estimate: £200,000-300,000). 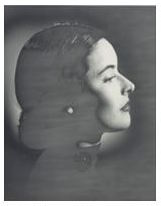 A group of works by the Japanese contemporary artist Nobuyoshi Araki is presented alongside the unmistakable vision of William Eggleston seen in Untitled, (1971-2012, estimate: £80,000-120,000) and to coincide with the retrospective at Tate Britain the sale offers photographs by David Hockney. Prices in the auction range from £2,000 to £300,000, providing opportunities for collectors at every level. The works will be on view in London from 13 to 17 May 2017.

A focal point for the auction is photographers who are pushing the boundaries of the art form through innovative techniques and interventions. Richard Mosse’s Remain in Light (2015, estimate: £15,000-20,000) employs a discontinued military surveillance film stock called ‘Aerochrome Infrared III’ to capture the people and 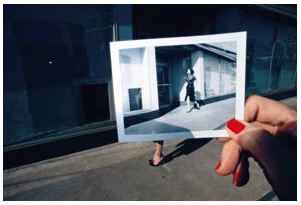 landscapes of the war-torn Eastern Congo. The film’s reflection of the infrared spectrum renders green tones in lush and startling hues of fuchsia, as in the undulating hills of the present work.

Julie Cockburn’s unique practice supplies found photographs with new narrative possibilities, transforming her images into surreal, hybrid visions that cut across time and space. Turning to older images from the middle of the twentieth century, Cockburn embroiders them with geometric patterns in vivid colours, or produces kaleidoscopic digital edits that obliterate her subjects’ identities.

From Taryn Simon’s celebrated 2007 project ‘An American Index of the Hidden and Unfamiliar’, White Tiger (Kenny) displays her unerring ability to expose the unexpected and unknown that lie beneath the surface of everyday life.