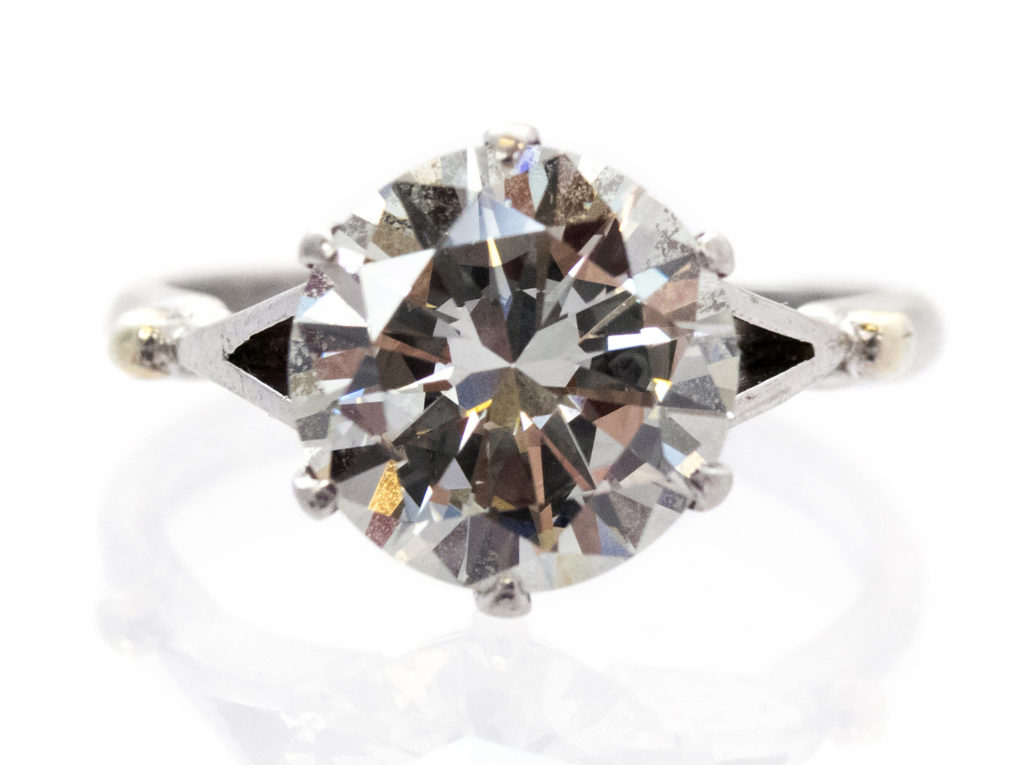 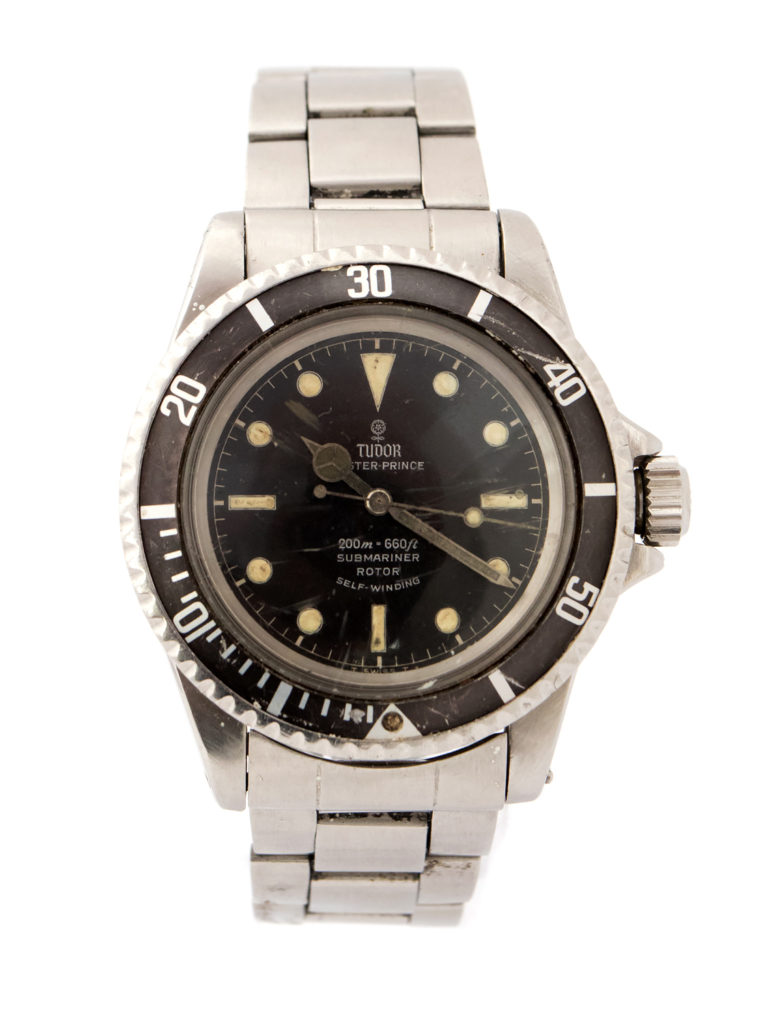 wristwatch which had been discovered on a valuation day in Stratford On Avon.

The second day of the sale featured silver, European and Asian ceramics and works of art. In the silver section, a Queen Anne silver chocolate pot, hallmarked for London 1705, which had been discovered on a valuation day in Kenilworth, soared past the £1,500 top estimate to bring £5,200.

Demand for Asian art remained strong at the sale, particularly for a fine collection of Japanese Meiji period and 19th century Chinese ivory okimonos and other works consigned by a Derbyshire vendor. Highlights included a Meiji period ivory carving of a female deity 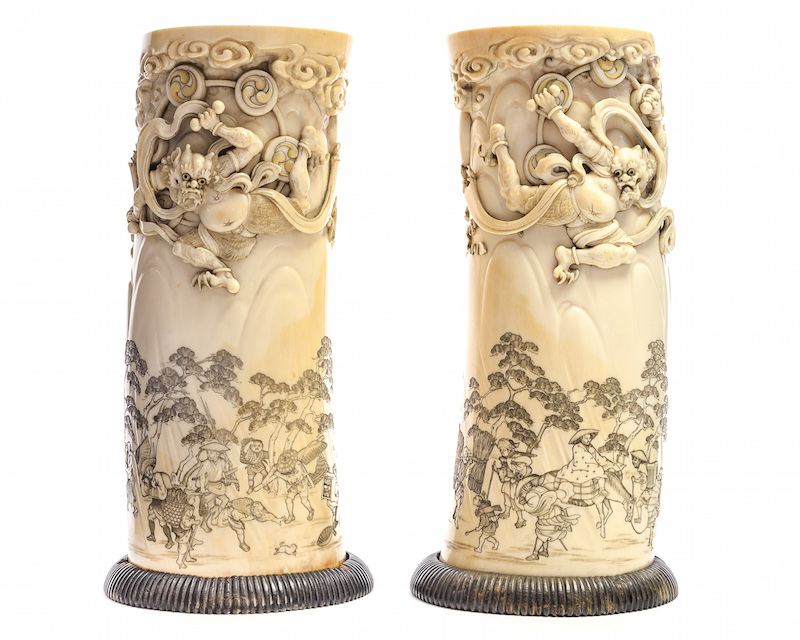 with illustrious Tomkinson Collection provenance at £5,000. Elsewhere, a carving of Shoki challenging a sea dragon fetched £5,000, while the highest single price was for an exceptional pair of ivory tusk vases depicting Oni discharging thunder to a crowd below at £7,000.

In the ceramics section of the sale there was over 100 Lots of early English and European ceramics on offer such as Liverpool, Bow, Sevres and Vincennes. A very rare small London Vauxhall delft teapot dating from circa 1720 led the say to reach £5,500.

The fine gallery paintings and Derbyshire art section on day three saw some exceptional works, such as a study in oils after Bernadino Luini by Lebanese Artist Khalil Saleeby (1870-1928) sold to a London buyer for £7,000. A Highland landscape study by the highly respected Sidney Richard Percy (1821-1886) brought £12,000. 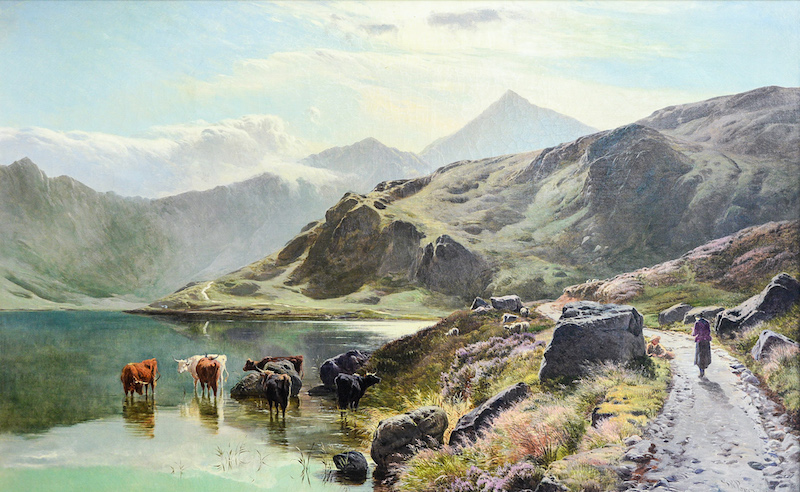 Much of the furniture came from The Old Castle at Studley and all sold very well, with highlights including a George III and later tester bed with drapery selling to a private buyer in the room for £1,900.