A tiny ox and puppy are set to lead Bonhams sale of Japanese netsuke from the Katchen collection in London next month. 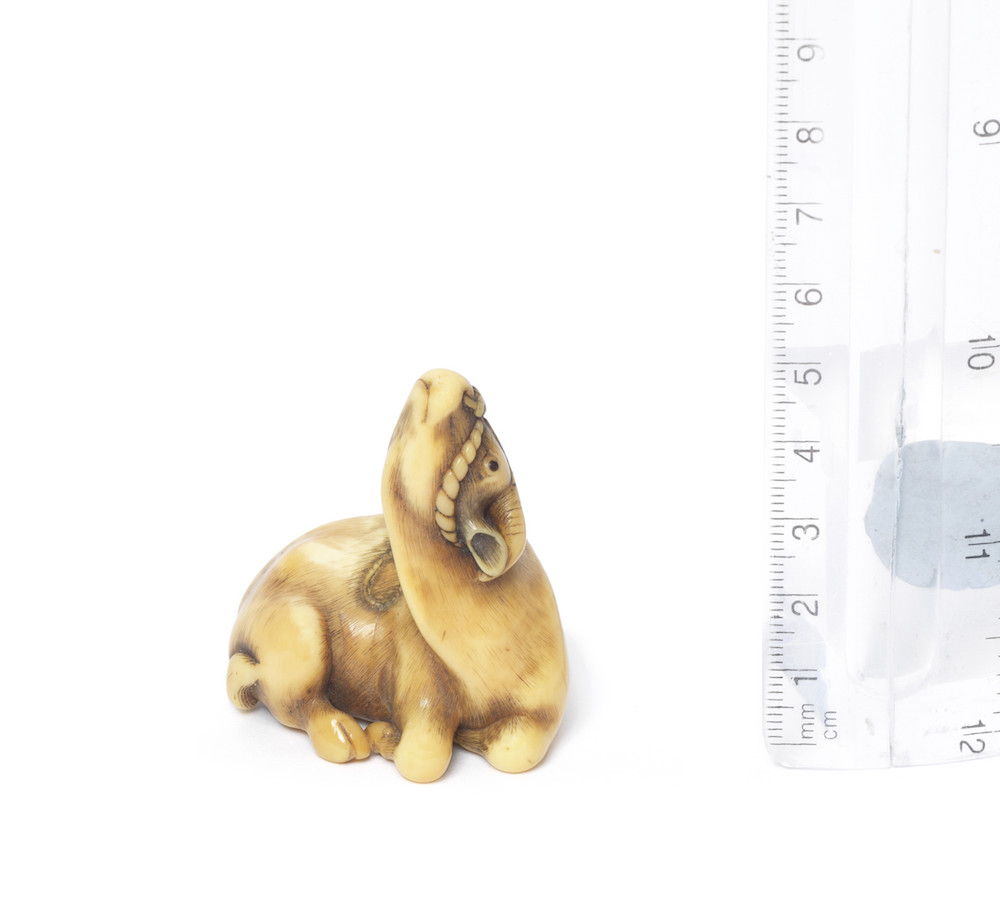 The ox is considered to be a unique model. It has a compact and dramatic sculpture finished in fine detail, reflecting the influence of contemporary painting. Only 5 cm in width, it was once part of the M.T.Hindson collection, which was dispersed in a series of legendary sales half a century ago.

The Katchen puppy by Masatsugu – an artist active during Japan’s opening-up to global trade in the later nineteenth century – is even smaller than the ox. It was a favourite of Julius Katchen, who paid a record price of £945 for it at an English country auction in 1964. 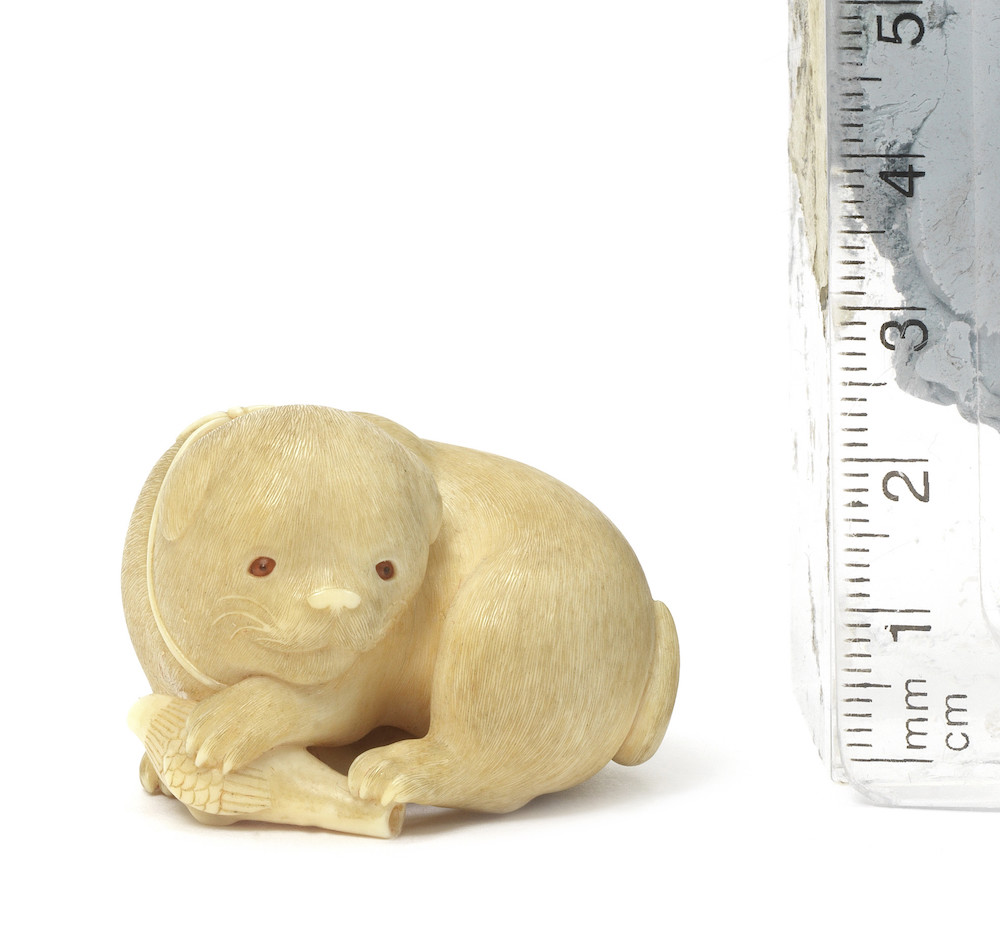 Whenever possible and wherever they were, Katchen – one of the finest pianists of his generation – and his wife Arlette visited dealers and auction rooms in between performances at most of the world’s greatest concert halls, amassing a collection which Bonhams has been appointed to offer for sale in three parts. The 200 lots in Part II include several other masterpieces, among them a carving of a stag estimated at £50,000–70,000.

Netsuke, first used in Japan in the seventeenth century, served both an ornamental and a practical purpose. Since traditional Japanese clothes had no pockets, netsuke were tied to the top end of cords, hanging from the wearer’s sash, from which a variety of pouches and containers would hang. Over time, they came to be elaborately carved and are prized today as the most beguiling sculptural works of the early modern period.

Suzannah Yip, Bonhams Head of Japanese Art said, “Netsuke have long been collected by people who appreciate Japanese skill and creativity and we are delighted to offer yet more  wonderful and varied examples. Building on the outstanding success of our Part I sale last November which achieved the second-highest price ever paid at auction for a netsuke – £221,000 for another carving of a dog – we hope to set a new benchmark for this important segment of the global market for East Asian art.”

The Julius and Arlette Katchen Collection of Fine Netsuke: Part II sale takes place in London on Wednesday 10 May.