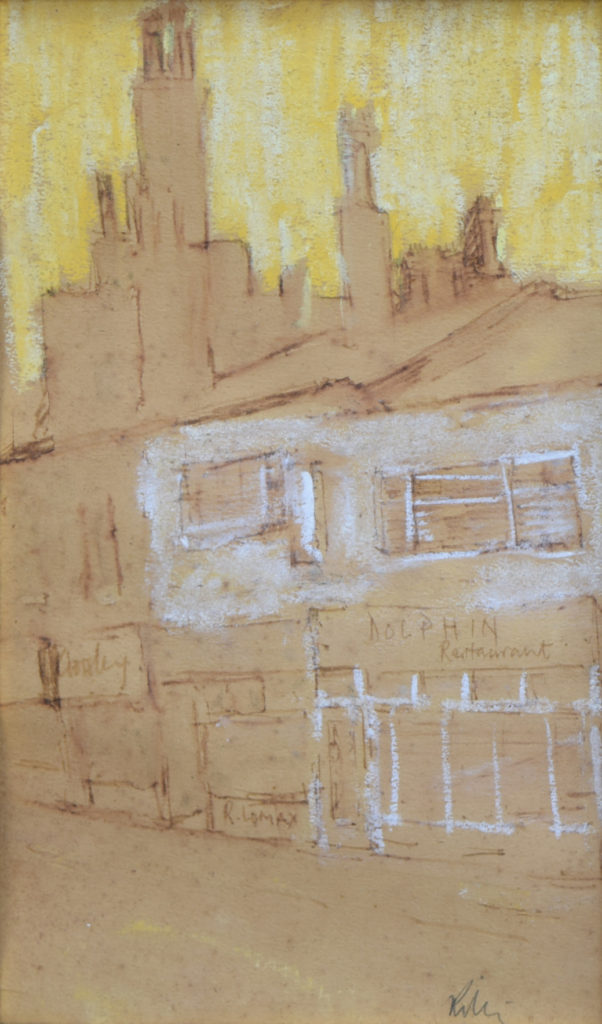 Acclaimed Manchester artist Harold Riley loved the food so much at the Little Dolphin Italian restaurant in Eccles that he gave the owner, Tony Malatesta one of his paintings. And soon he returned for more, handing over another of his works. Throughout the 1960s he ate there again and again, each time giving Tony more paintings.

Now the 20 paintings, drawings a three prints are set to be served up for sale in Cheshire auctioneers Peter Wilson‘s two-day sale of antiques and fine art next week, and could sell for more than £20,000.

“We are delighted the family have asked us to sell these works by Harold Riley on their behalf,” said Peter Wilson specialist Stephen Sparrow. “Riley’s significance as an artist has grown significantly in the ensuing years, to the point today where he is collected throughout the world.

“The works in this collection have not been seen for many years and have never been on the market before, which makes them extremely sought after.  They cover a diverse range of subjects and imagery, including views of Manchester and appropriately various Italian 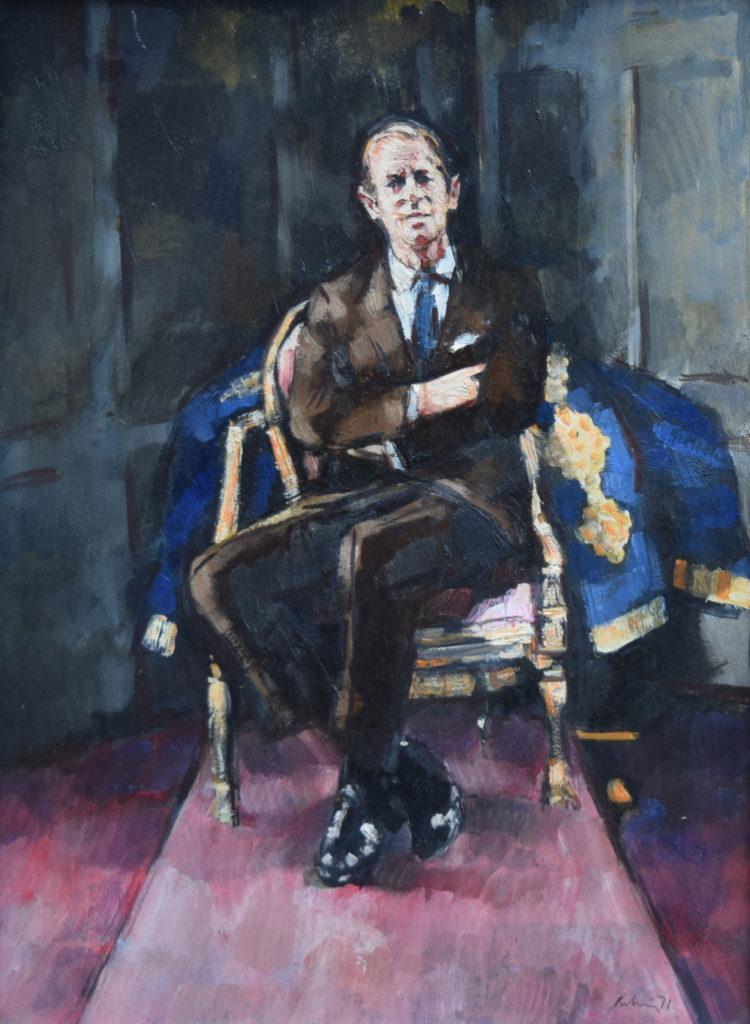 locations, as well as some very important portraiture, including such notable figures as the Duke of Edinburgh.”

This oil on board, signed and dated ’71, shows Prince Philip seated with arms and legs crossed casually and is estimated at £2,000-4,000.

Nearer to home, a pastel view of the old billiard hall in Liverpool Road, Eccles, signed and dated ’61, is estimated at £1,000-1,500.  A sketched pastel cityscape titled ‘Dolphin Restaurant, Manchester’ is estimated at £300-500.

Born in Salford in 1934, Riley sold his first painting when he was 11. He attended Salford Grammar School and won a scholarship to the Slade School of Fine Art in London in 1951. He subsequently won travel scholarships to study in Florence and Spain before returning to Salford, where he has lived ever since.

His deep affection for his home town cemented a friendship with L S Lowry which began when Riley was a student. Together they worked on a project to record the area and its people, a project which Riley continued after Lowry’s death.

Alongside this portrayal of ordinary working lives, Riley developed his reputation as a portraitist of the rich and famous. He has painted popes, American presidents and royalty. His sporting works, particularly golf and football, are also highly sought after.

He continues to work in a studio created for him by Salford City Council in a conservation area around the old Salford Fire Station, where his drawings, paintings and photographs of the Manchester and his extensive collection of sports studies are housed.