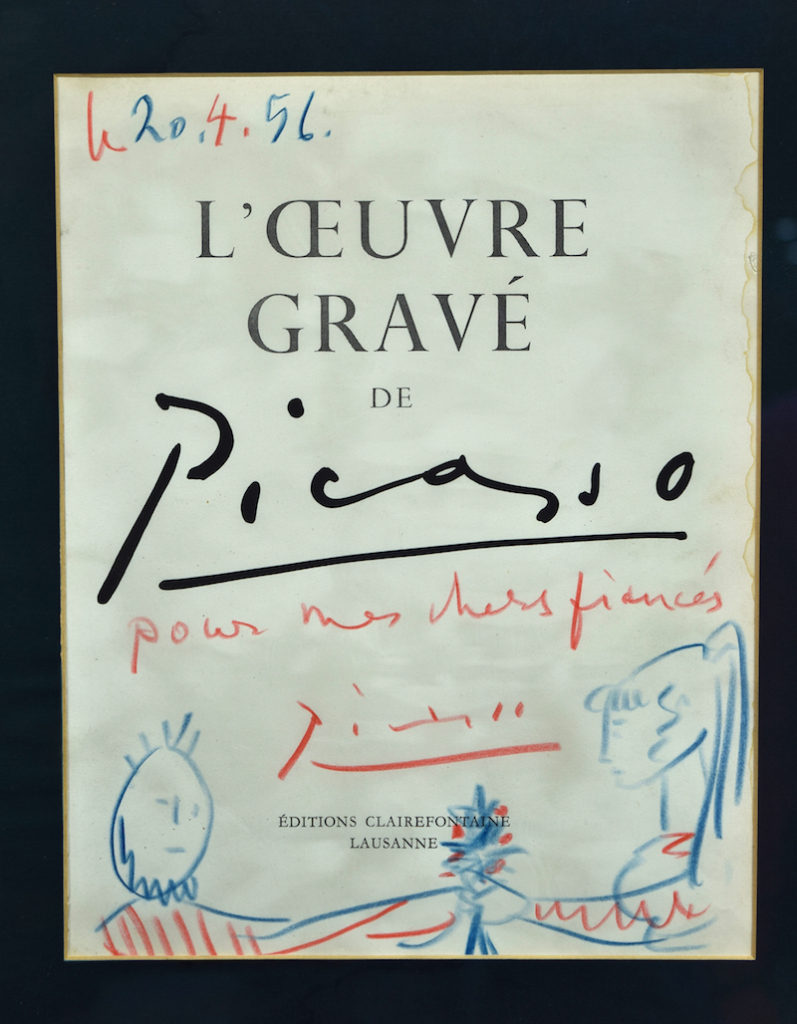 A cartoon sketch and signature by Picasso on the cover of a book could be worth thousands when it sells at Cambridgeshire’s Cheffins’ Art & Design from 1860 sale next month.

The simple drawing is of the artist’s muse during the 1950s, Sylvette David, a French teenager whose likeness Picasso captured in several of his paintings with her distinctive pony-tail. Picasso met Sylvette in 1954 when she was only 19 and he was in his 70s. Inspired by her beauty and innocence he painted dozens of images of her in a short time. She is also said to have been an inspiration for Brigitte Bardot’s character in the film And God created woman. Now known as Lydia Corbett, Sylvette is an artist in her own right.

When Sylvette later visited Picasso with her fiancé, Tobias Jellinek, the artist produced the sketch entitled ‘To the engaged couple’, which depicts Tobias handing a small bouquet over to his fiancé Sylvette.

Treasured for many years by the couple, they were eventually forced to sell the book when they hit hard times. It was sold to Eila Grahame, the renowned London antiques dealer, when the couple lived in London. It will now be sold from the collection to benefit the Art Fund.

Tobias said “In 1956, the art periodical, VERVE, had an image of Sylvette on the cover and Sylvette and I were given a copy.  We went to see Picasso that day and took the book with us, and asked Picasso if he would sign it for us.  He went and found some coloured crayons and wrote the dedication, adding the little sketch of us both. The likeness of Sylvette shows how comfortable he was with producing her image, which he had previously worked with for several months. His drawing of me with my new beard is less of alikeness!”