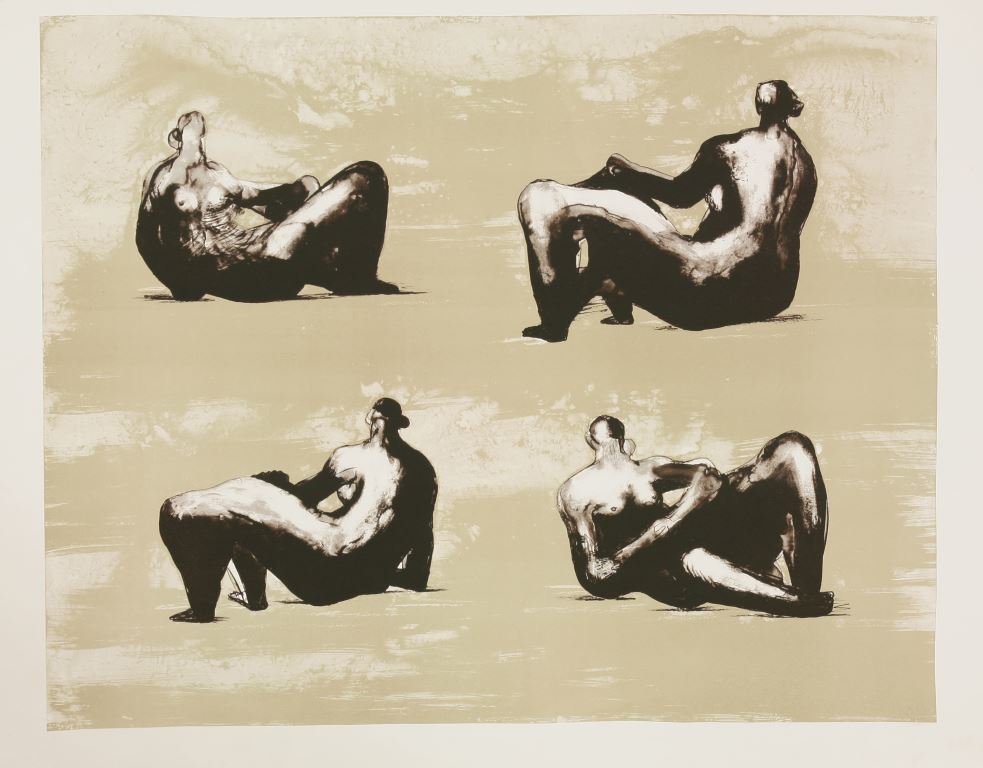 Essex auctioneers Sworders’ inaugural dedicated prints sale on May 24 will offer three works by Henry Moore to coincide with the 40th anniversary of the nearby Henry Moore Studio and Gardens in Perry Green.

Becoming Henry Moore is the 40th anniversary exhibition at the Studio and Gardens until October 22 and follows the artist’s creative trajectory from 1914 to 1930, presaging the period when he became Britain’s foremost modern sculptor.

Moore (1898-1986) is also acknowledged as one of the leading British printmakers of the period and the three prints at Sworders come from his last years, reflecting the ultimate expression of his sitting and reclining sculptural figures. 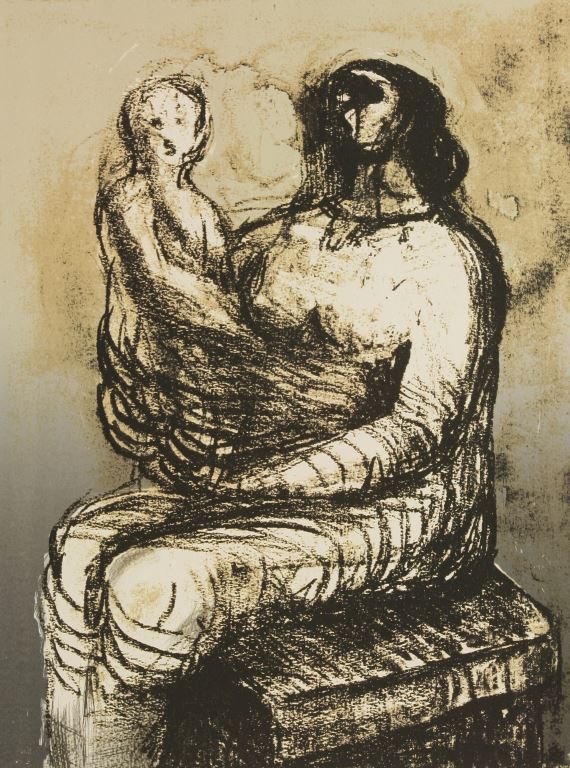 From 1974 comes Four Reclining Figures, a colour printed lithograph proof aside from the limited edition of 200, of which there is a copy in the Tate collection. It carries an estimate of £300-500.

Sisters with Children from 1979 is another colour printed lithograph aside from the limited edition, this time of 50, and printed by Curwen prints of London before being published by Raymond Spencer Company in 1980 for the Henry Moore Foundation. Its guide is £400-600.

From 1982 comes Mother with Child on lap (left), a signed proof colour lithograph aside from a limited edition of 50 and pitched at £600-800.

The three prints will appear in ‘500 Years of Printmaking’, curated by Shane Xu, Sworders’ new specialist at their Stansted Mountfitchet rooms. Shane, who worked with print specialist Alex Hayter at Bloomsbury for a number of years, has gathered together a catalogue of the leading names of international printmaking for the sale, such as Picasso, Chagall, Miró, Matisse, Dalí, Cézanne, Constable, Blake, Burne-Jones, Eric Gill.

“This is the culmination of years of work and study, building up detailed knowledge of artists and the market, while focusing on what buyers and sellers want on an international basis,” she said.

Find out more about Shane, her role heading up Sworders’ print department, and advice on how to start your own print collection.