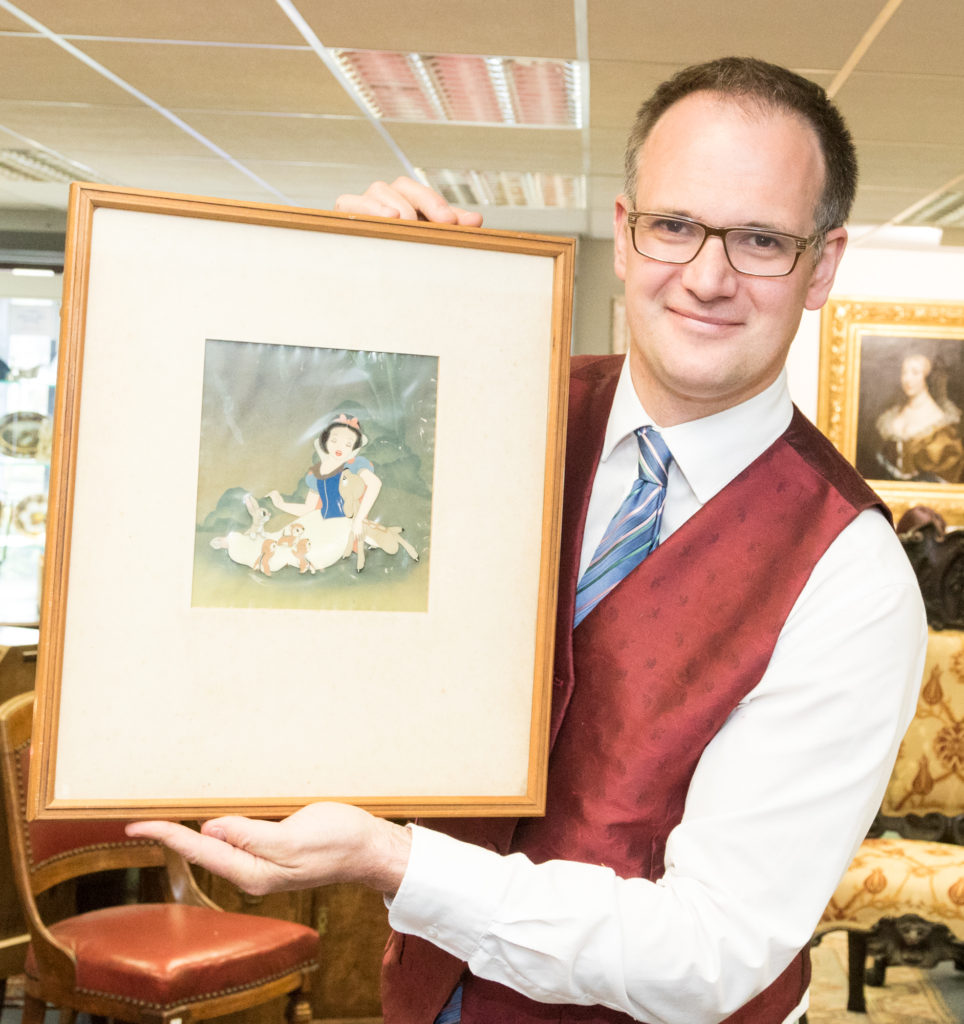 A pair of original film cels featuring iconic characters from Walt Disney’s first animated feature length film, Snow White and the Seven Dwarfs, are soon to be sold at Hansons.

One of the cels is arguably the film’s most celebrated moment, when the Wicked Queen presents the innocent Snow White with the poisoned apple. The other depicts Snow White being swept up by her animal friends with deer and rabbits.

Dating from 1937, the cels were brought along to a recent valuation day held by Derbyshire auctioneers. Commenting on the find, Charles Hanson said, “In 1937 Walt Disney and his large staff of animators revolutionised the animation industry with their first animated film, Snow White and the Seven Dwarfs. Never before had animators tackled animating the human form convincingly, let alone attempted to entertain an audience with animation for the entire length of a feature film.” 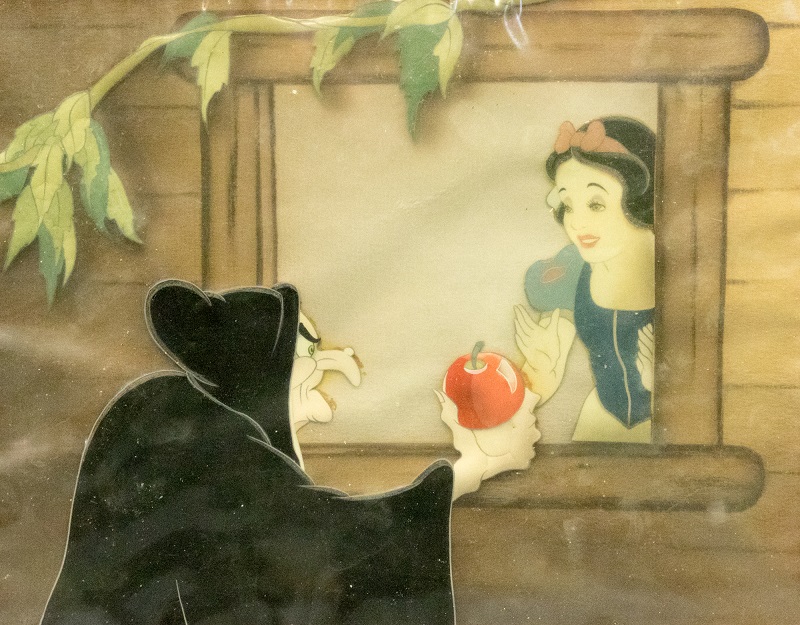 The two cels are presented in their period frames, unopened and complete with provenance and original gallery labels. Charles said, “The cels were originally sold in an exhibition of the original paintings for Snow White and the Seven Dwarfs, which was held at Leicester Galleries, Leicester Square, London, in December 1938 with the firm Ernest Brown & Philips Ltd.”

When Snow White premiered in 1937, it was a critical and commercial success, ushering in the golden age of animation. The film cost $1.4 million to make and was briefly the highest grossing film of all time, before the success of Gone with the Wind two years later.

The owner of the cels had inherited them and the auction house believes they were bought at the original exhibition in the late 1930s.

Charles said, “The cels are truly exciting, and to hold such history in your hands is very rewarding. Snow White and the Seven Dwarfs is a film that’s provided so much joy to so many people over the generations, and such familiar and famous characters are right here at the very beginning of this success.  Of all the scenes that could be captured on a cel, the famous poisoned apple takes some beating – it’s the very heartbeat of the film. The cels measure 15 x 16.5 inches, and their condition is remarkably good, with the colours still vibrant.”