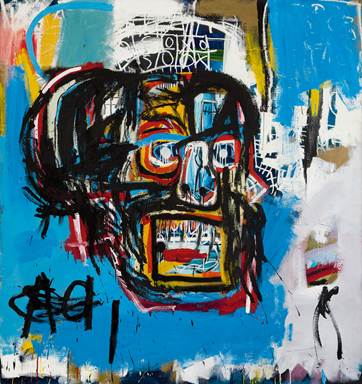 It took just ten minutes to set a new auction record for a work by Jean-Michel Basquiat at Sotheby’s New York recently.

In a contest between multiple bidders, the hammer finally fell on the winning bid of $110,487,500 (£84,832,302) in the auction house’s Contemporary Art Evening Auction. The painting, which had a pre-sale estimate of $60 million (£46,068,000), was purchased by noted collector and entrepreneur, Yusaku Maezawa, the founder of e-commerce giant, Start Today, and ZOZOTOWN, the virtual mall on Japan’s largest fashion e-commerce site.

The painting will eventually be housed in a museum based in Mr. Maezawa’s hometown of Chiba, Japan.