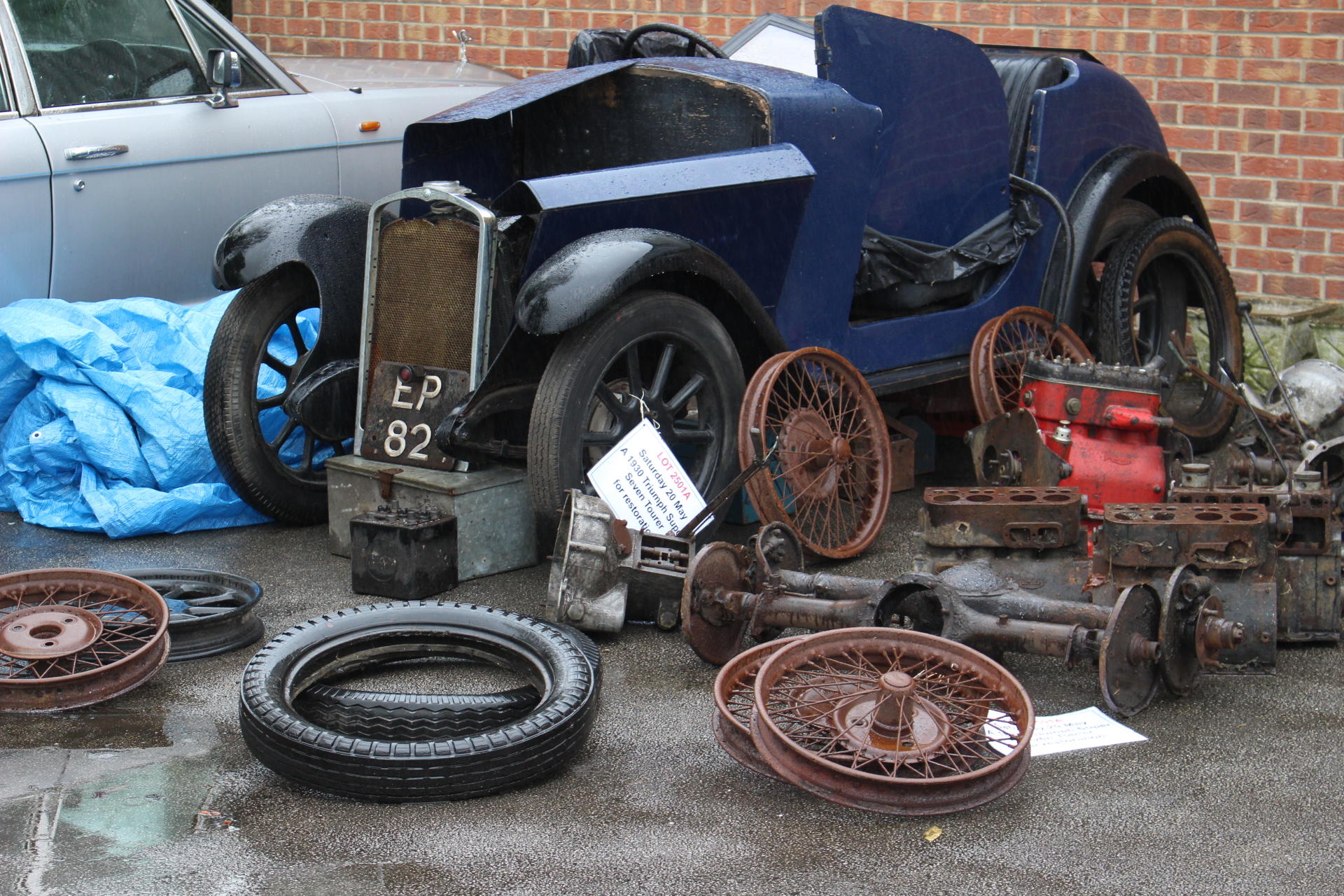 To the untrained eye it might look like a rusting pile of old car parts, but this rare 1930 Triumph Super Seven Tourer recently put fans of classic British motoring into a spin at Hansons in Derbyshire when it went under the hammer.
The car was found in a barn during the 1970s and then partially restored prior to the death of its owner. When it was sold at Hanson recently, the vehicle drove bidding up to an impressive £2700.
Charles Hanson, manager of Hansons Auctioneers and BBC Bargain Hunt regular, remarked, ‘The Triumph Super Seven was produced from 1930 to 1934 by the Triumph motor company as a response to the success of the Austin Seven and was Triumph’s first car to be made in large numbers.”
The car, found a Staffordshire barn, was part of a lot that also included three engines and two complete sets of wheels – one being wire wheels, the other being rarer artillery wheels. “We’re sure this will be a labour of love for a car enthusiast,”
Share this...