A signed letter from renowned English naturalist Charles Darwin looks set to be one of the highlights of Bloomsbury Auctions upcoming auction of Books & Works on Paper. 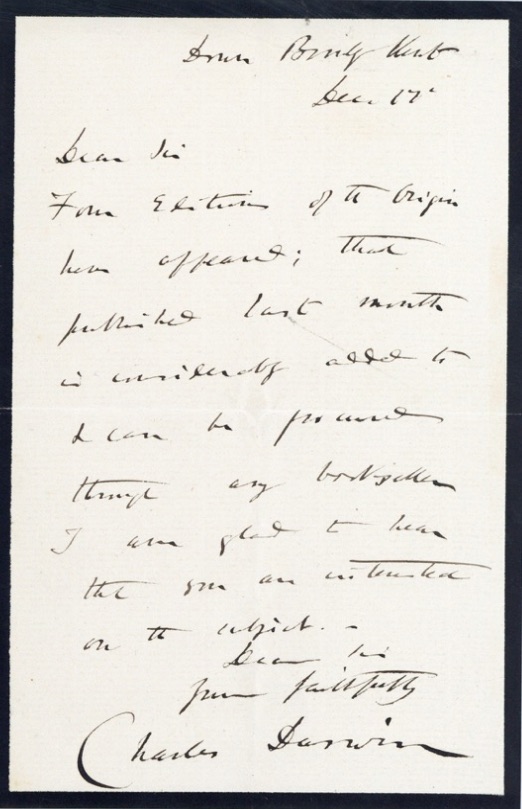 The letter, written on mourning stationary to an unknown recipient, has an estimate of £4,000-£6,000. It reads: “Four editions of the Origin have appeared; that published last month is considerably added to and can be purchased through any bookseller. I am glad to hear that you are interested in the subject”, Down, Beckenham, Kent, 17 December [1866].

Darwin received a request from his publisher John Murray for a fourth edition of ‘On the Origin of Species by Means of Natural Selection’ in February 1866. This edition was released in November and it featured several corrections and additions to the previous ones, including a discussion on whether one or many forms of life first appeared.

A beautiful engraved double-hemisphere world map with original hand-colouring is estimated to reach £700-£900. The 1746 map by Homann Heirs, Nuremberg, shows inset northern, southern and oblique hemispheres, diagrams of the earth’s position at the solstices, and includes Latin and French title cartouches of allegorical figures in the upper corners. 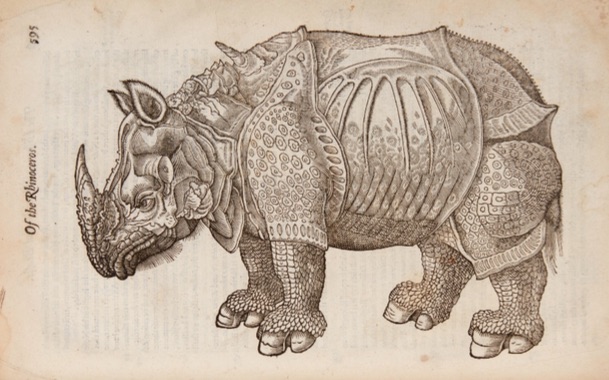 From the Science & Natural History section, a first edition of The Historie of Foure-footed Beastes by Edward Topsell, from 1607 is estimated at £1,000-£1,500. Topsell’s fantastical works are remembered for their detailed illustrations, such as the rhinoceros based on Albrecht Dürer’s 1515 woodcut.

From the Sporting group, a set of first editions of Chinese Kung-Fu Karato by Leong Fu has an estimate of £250-£350. The set is in 21 original parts, with illustrations by the author, original illustrated wrappers and within its original postal box. The editions were self-published in Ipoh, Perak, Malasia, in 1958.

The sale takes place on June 22.