A visitor to a recent BBC’s Antiques Roadshow was left speechless when his marble-topped wooden table was valued at up to £20,000 by expert Christopher Payne. 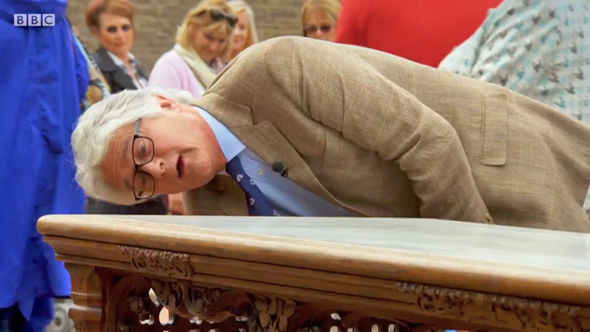 The owner explained to Christopher that the table had been sold through two dealers; the first sold for £600, while he paid the second dealer a total of £5,000. He was later informed that he had been “ripped off” by the first dealer. Fortunately, expert Christopher had better news for him, revealing that he would expect the table to sell for as much as £20,000 on the market.

Payne said, “This is what I’d call a very large table. It’s made of solid oak, but with a huge great marble slab. How on earth did you get it here?”

The owner explained how the show’s team managed to get the heavy table down a spiral staircase from the kitchen.

Payne said: “It’s a lovely table. Just over six foot long. Big table. With this marble top it’s almost certainly perhaps for cold meats or something like that. Possibly for the back hall to put dead birds on after coming back from a shoot. It’s not made as an eating table.”