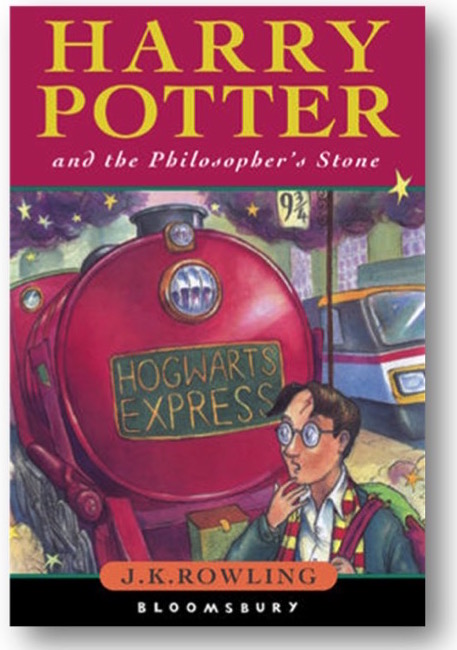 With Harry Potter and the Philosopher’s Stone celebrating its 20th birthday on June 26, demand for good first edition copies of the book in both hardback and paperback can now be worth thousands.

JK Rowling began writing the book in 1990 and finished the manuscript in 1995. She submitted it to 12 publishing houses all of which rejected it before it was accepted and published by Bloomsbury on 26th June 1997.

Despite the deal, Rowling was allegedly advised to get a day job as it was unlikely she would make any money from the book. Bloomsbury did not think Harry Potter and the Philosopher’s Stone would be a great seller and so only initially printed 500 hardback copies of the book and 5,150 paperbacks which were all released on the same day.

These first edition hardbacks are very rare and of the 500 copies published about 300 copies were sent to schools and libraries and are no longer in a good condition. This means that the other 200 copies have become quite valuable and especially those which remain unread. Twenty years ago the hardback book was for sale for £10.99 and today rare bookseller Peter Harrington estimate a good first edition of one of these first printed copies would be worth upwards of £50,000.

There were almost 10 times more paperbacks than hardbacks printed and the value of these books reflects this. Twenty years ago the paperback cost £4.99 and today good first edition copies sell for over £4,000.

Is your Harry Potter and the Philosopher’s Stone valuable?

Peter Harringon currently has two original first edition paperbacks for sale for £4,950 and £4,250. The bookseller is frequently asked by customers whether their copy of the book is valuable, and offers the following advice:

Peter Harrington also has a range of other Harry Potter books for sale, which give an indication of the value they can attract. 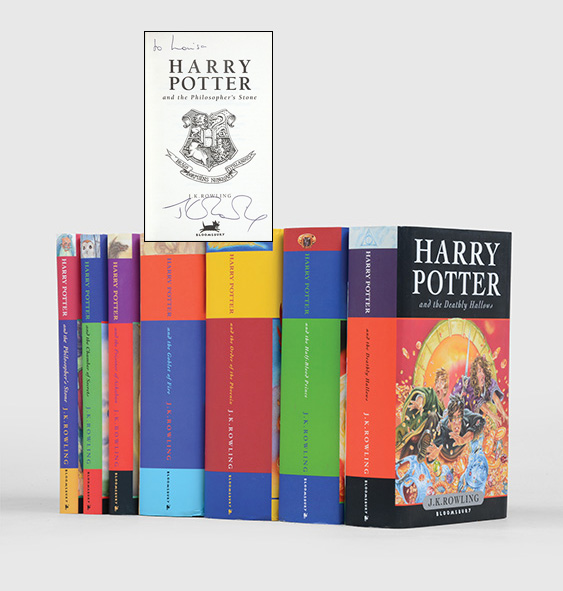 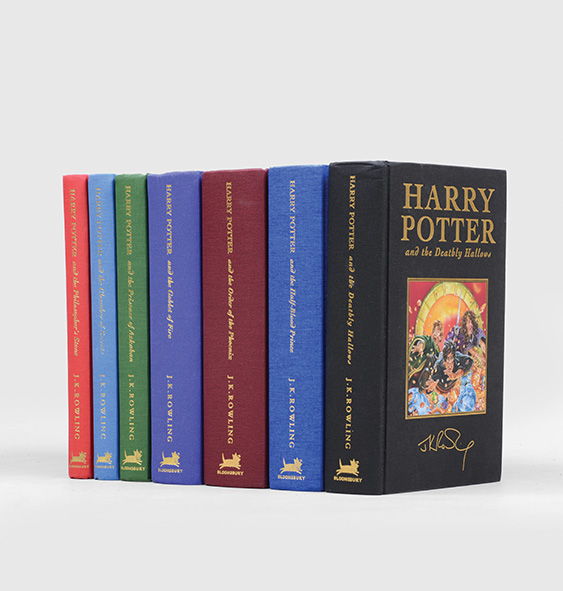 These have all been finely bound by the Chelsea Bindery in their original colours and each volume has been beautifully and carefully enhanced with an inset leather onlay after the original cover image. The covers have been further decorated as the original, with gilt lettering. Each volume is presented within its own matching leather entry slipcase. (£18,000) 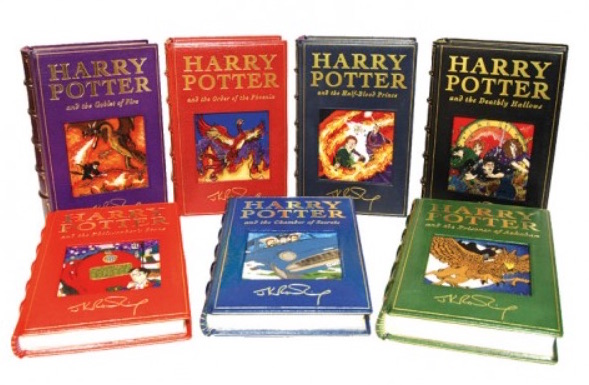 A first edition, limited issue book which has been signed by JK Rowling and has the authentication hologram to show her signature is genuine. This specially bound edition includes a portfolio of ten additional prints by Rowling that were not issued with either the trade edition or the manuscript editions. Peter Harrington say “This is an uncommon book as it is signed: there was only one signing event for this book, at the National Library of Scotland with two hundred children, selected through a lottery, attended the signing.” (£7,500)

Harry Potter and the Prisoner of Azkaban (1999)

This is a first deluxe edition, first impression book which was inscribed by JK Rowling “To Mark, Happy 8th Birthday! With Love from, Jo. (J.K. Rowling) (but really from Thomas, Daragh, Catriona, Deidre & Gerry!)” (£4,500) 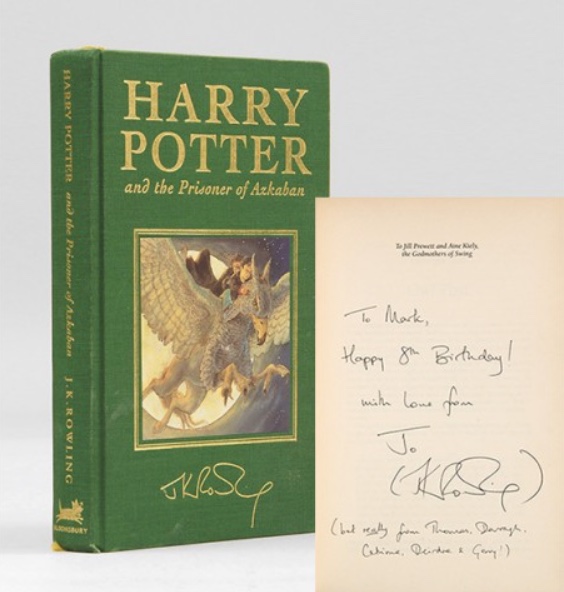 Harry Potter and the Order of the Phoenix (2003)

This is a first edition of the fifth Harry Potter novel, a sparkling example of the Chelsea Bindery’s work. (£2,500) 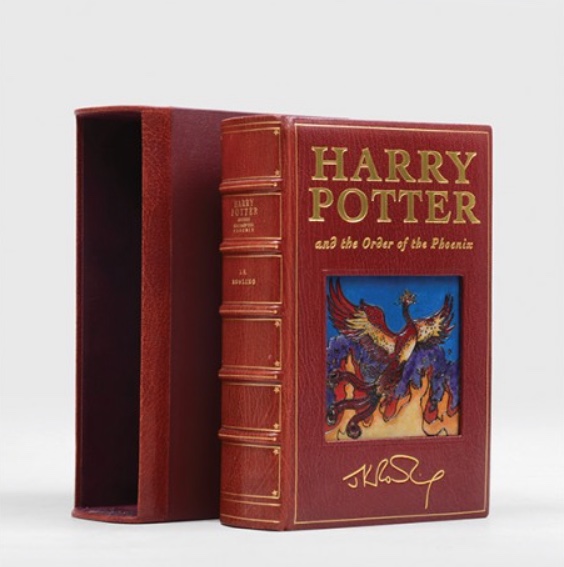