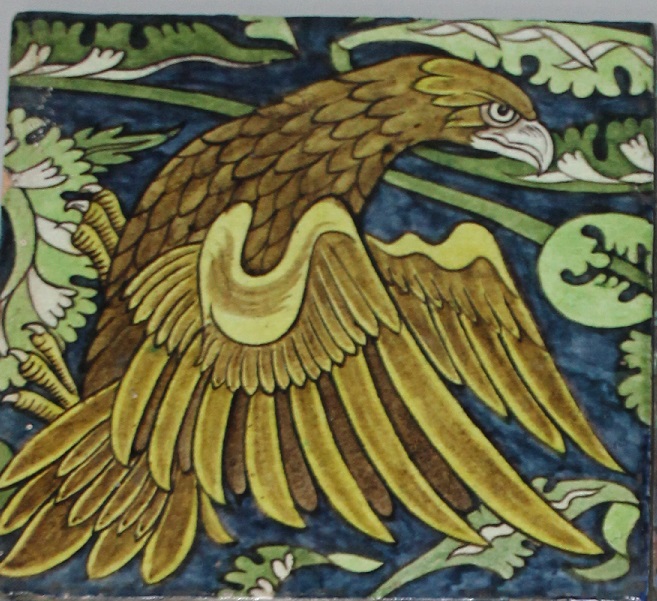 A lifelong friend of William Morris who designed tiles, stained glass and furniture for Morris & Co. from 1863 to 1872, de Morgan’s designs embody the Arts & Crafts ideal; often featuring motifs such as fish, galleons and fantastical birds and beasts.

It is the latter theme that features in the lot in question; comprising a set of four tiles, measuring 20.5cm x 20.5cm, decorated with exotic birds in De William’s trademark intricate style. Two of the tiles are impressed with circular rose marks for the designer’s Sands End Fulham Pottery, which he established in 1888, and the others impressed ‘W.De Morgan’. An additional tile also featuring an exotic bird motif – but this time impressed with the marks for Merton Abbey, where de Morgan was based prior to his move to Fulham – completed the lot. 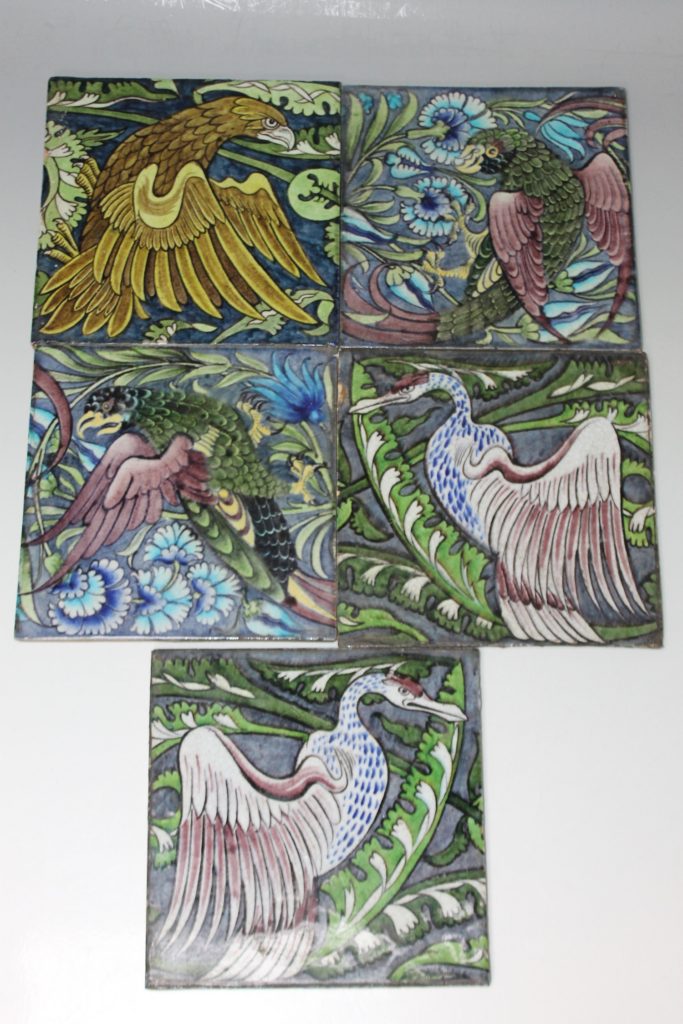 Generating a significant amount of interest in the run-up to the sale with bidders vying for the tiles via the internet, phone lines and in the room, the lot proved the runaway success of the sale when it sold to a private Midlands-based bidder in the room.

MD and Head Auctioneer, Ben Gamble said, “Arts & Crafts items are generally very aesthetically pleasing and have a loyal following of collectors. William de Morgan is arguably the best know ceramic artist of the movement and, as such, his work is sought after. However, the sum achieved by these five tiles took us all by surprise – they are a hugely attractive set and will make a great addition to any collection.”

Other highlights of the two-day Fine Art and Antiques sale, which took place at Cuttlestones’ Penkridge auction room, include a Continental School study of two figures in pastel, signed lower right but indistinct. Framed and glazed, the lot was consigned by a walk-in client and which sold for £1,300. Meanwhile, an early 20th Century French Vitrine in the style of Louise XV which saw the hammer fall at an impressive £3,500.