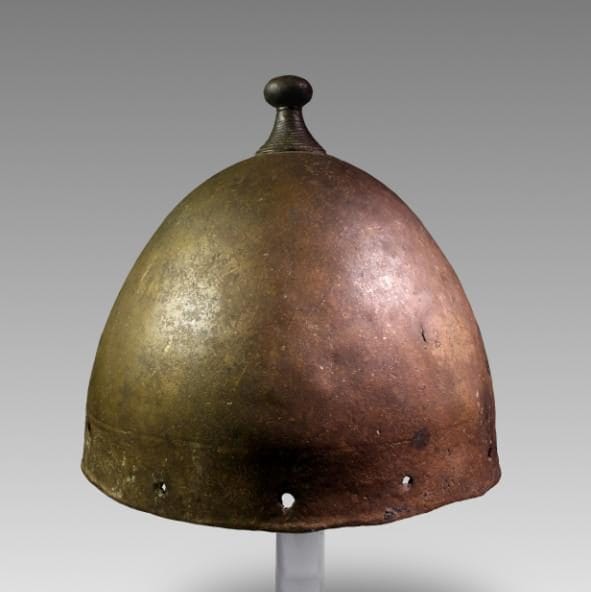 A rare and beautiful Bronze Age helmet is set to go on display at Olympia Art & Antiques Fair, which opens in London next week, from June 26 to July 2.

It is estimated that there could only be 12 Bronze Age helmets still in existence, with the majority of these found in museums (with one lost during WWII), one in a private collection, and this example heading to London.

The helmet was once in the possession of the late Austrian arms and armour collector Axel Guttmann.

Dutch antiquities dealer Alexander Biesbroeck of Alexander Ancient Art will be displaying the helmet at the fair and says it is most likely from the Carpathian Basin in Eastern Europe and made some 3,000 years ago.

Analysis under X-ray has revealed that it was created using a rounded hammer-head. It will be displayed with a price of around £32,000.