During the greed-is-good days of the Eighties, city trader Nick Leeson became infamous as the face of all that was wrong with the decade of excess as he cost Barings Bank $1.3 billion in losses and sent it into terminal decline. Now the distinctive yellow and black-striped jacket he wore as a city trader in coming up for sale at John Pye Auctions in Staffordshire with an estimate of £200 to £300. 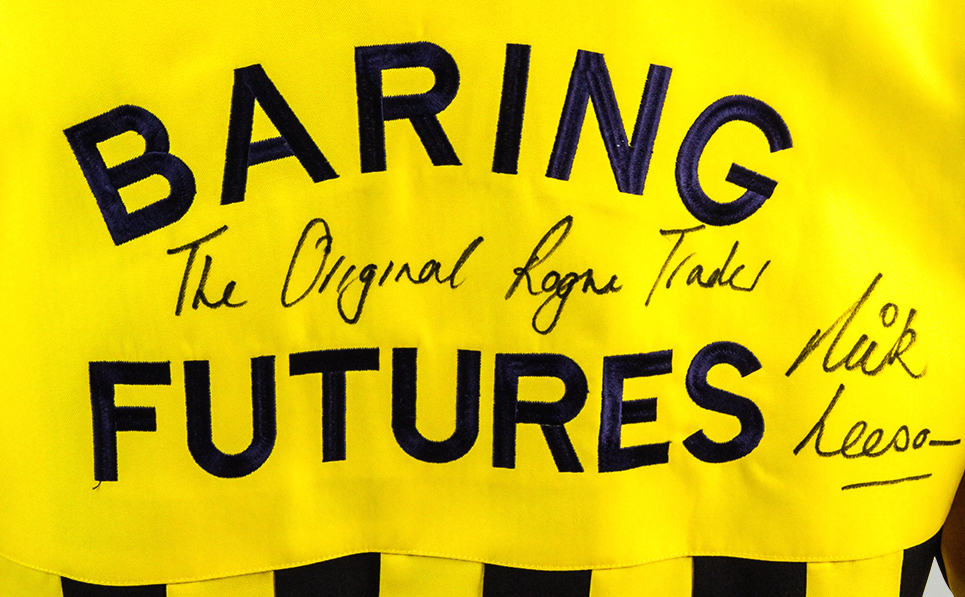 Leeson’s fall from grace reads like a Greek tragedy and his notoriety put him on the cover of Time magazine, with a picture of him being led off to Prison in Singapore beneath the headline ‘Ego and Greed‘. 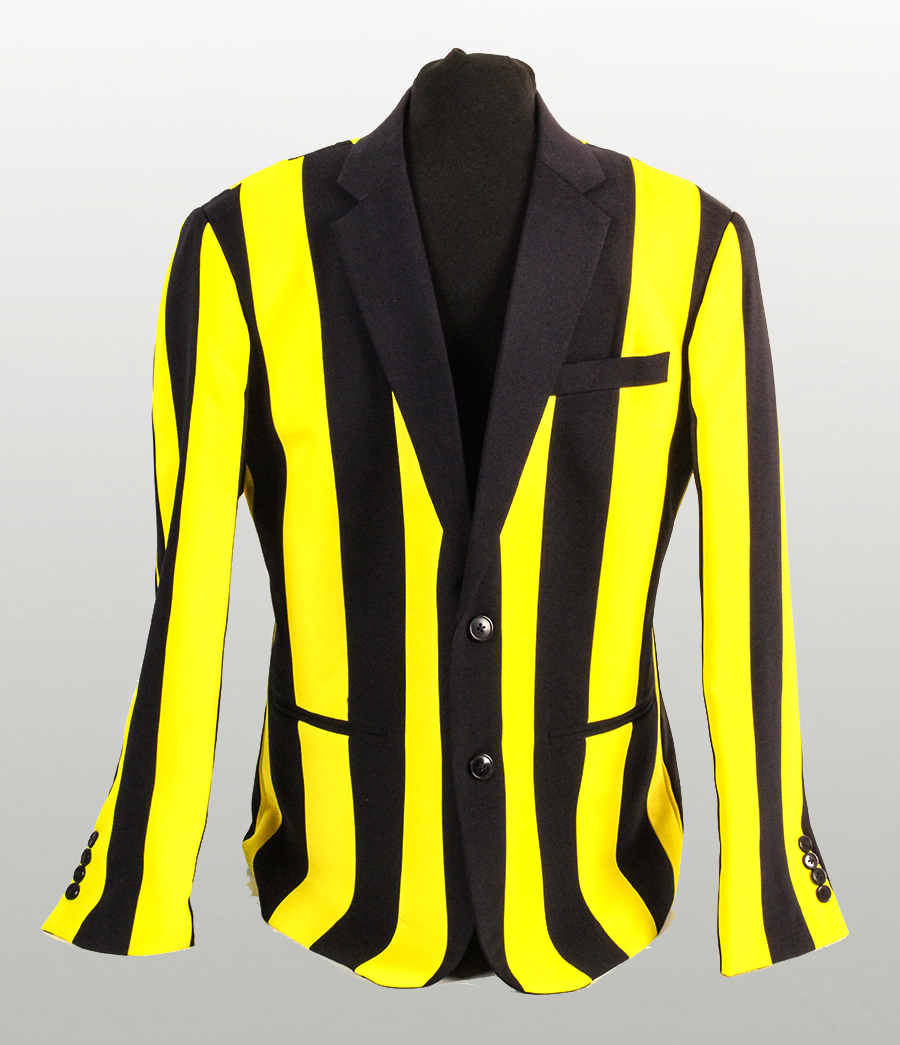 Throughout his career, Leeson lived the high life, with his salary of £50,000, plus bonuses of £150,000 fuelling weekends away in exotic locales, smart apartments and constant parties.

It all came crashing down when he started to accrue losses in his trading activities for Barings. As the losses grew, Leeson requested extra funds to continue trading, hoping to extricate himself from the mess by more deals. By the time he was discovered he’d cost the bank $1.3bn. Barings management had to inform the Bank of England that Barings was effectively bust.

Leeson had wiped out the 233-year-old Baring investment Bank, which counted HM The Queen as a client.

He was arrested in 1995 and served five years in prison. On his release bad luck seemed to follow him as his wife divorced him and he then got cancer. But he proved to be a fighter and wrote a book which was turned into a film Rogue Trader starring Ewan McGregor; he did a degree in psychology and married for the second time to Irish beautician Leona Tormay.

In 2005 Nick was appointed Commercial Manager of Galway United Football Club, rising to the position of General Manager in late November 2005. The same year Nick published his second book Back from the Brink.

The sale starts online on June 30 until July 6.