Post-revolutionary Soviet paintings attracted interest from both Russian and British bidders in Moore Allen & Innocent’s recent sale in the Cotswolds.

The collection of more than 100 works amassed by a single collector included paintings by Darya Alexandrovna Kollegova, Y Rainer, and Nina Sergeevna.

Leading the collection was a landscape by Andrei Mylinikov (1919-2012), regarded as one of the brightest representatives of the Soviet art, which was bought by a Russian bidder for £4,600. The oil on canvas, entitled Shady Hillock, features a couple picknicking. Mylinikov was a key player in the formation of the Leningrad school of painting. 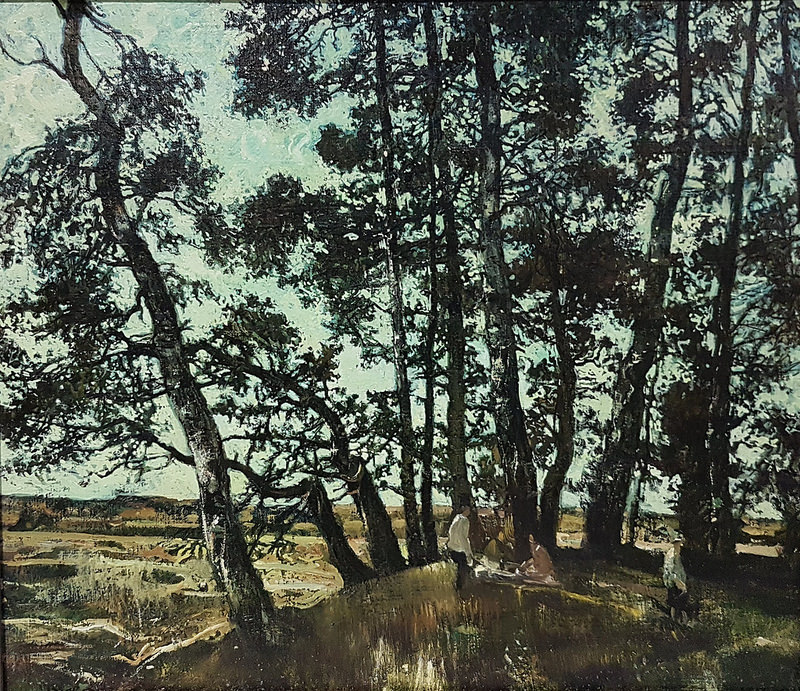 The buyer of the Mylinikov also placed the winning bid of £2,500 for a lake landscape by an unknown Russian artist.

However, not all of the Russian collection was snapped up by Russian bidders. Natasha, a portrait of a woman holding a book on her lap, and looking thoughtfully into the distance, by Vasily Filipovich Rudnev was purchased by a local English collector for £900 against an estimate of £300 to £500.