A rare Russian silver and enamel Kvosh – a traditional oval-shaped drinking vessel – from the early 20th century is one of the highlights of a Russian silver collection attracting global interest. 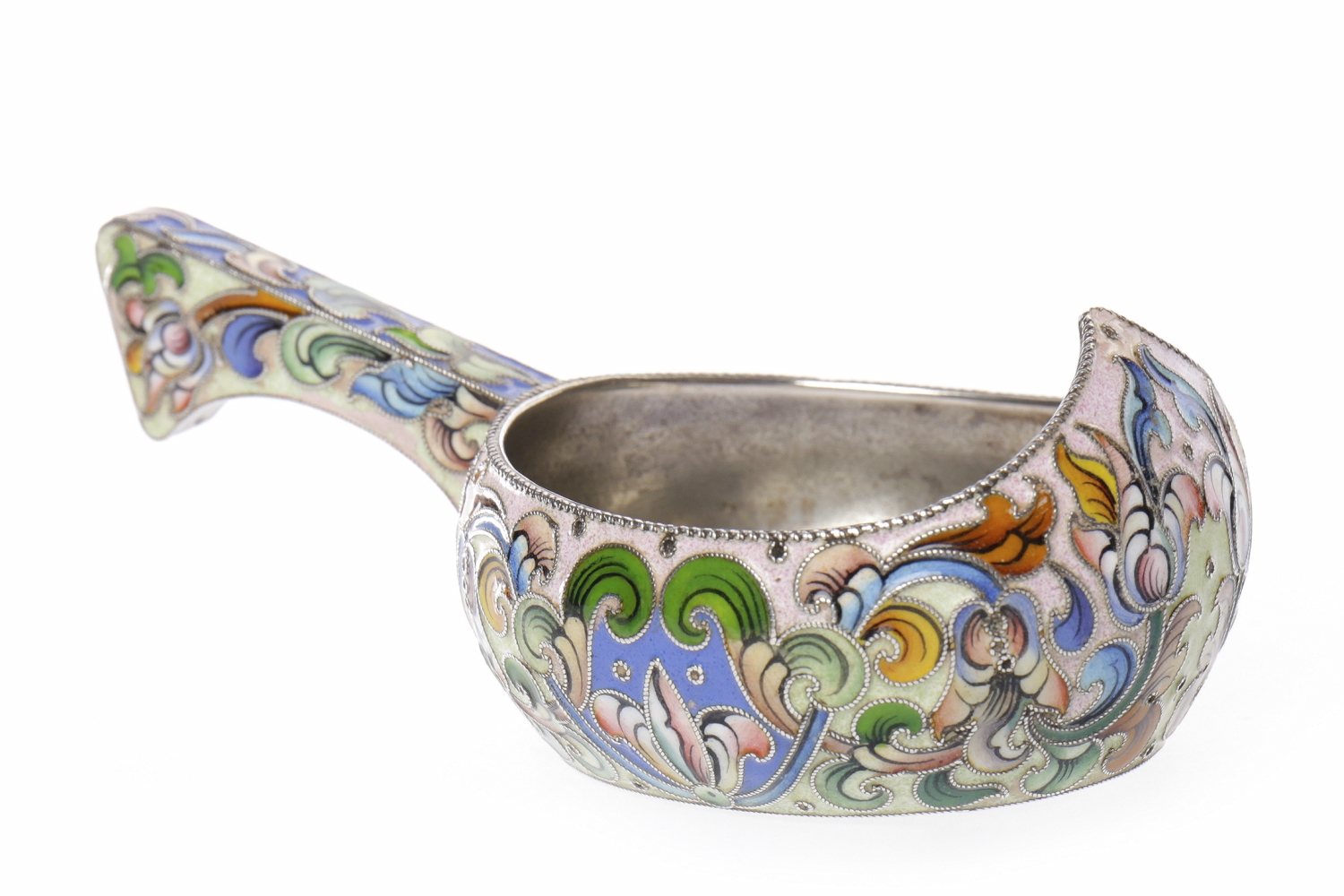 The item, which was created by the renowned 6th Artel, a supplier to the Imperial Court, is expected to fetch £800 when it goes under the hammer at Glasgow auction house McTear’s this week.

The 17-lot single seller collection – one of the largest to appear at auction outside London – includes everything from spoons, napkin rings and cigarette cases to trinket boxes, sugar tongs and tea glass holders.

Claire Douglas from McTear’s said, “This outstanding collection shows quite clearly the quality of the craftsmen working in Russia in the late 19th and early 20th centuries. Although we do occasionally see Russian silver spoons and cigarette cases coming up for sale it is unusual to see items with such intricate shaded enamel and decoration.

“We are already seeing a lot of interest in the collection from potential buyers at home and overseas.”

The collection has been put up for sale by an anonymous Scottish collector who has been gathering Russian silverware from dealers and auction houses across the world for a number of years. 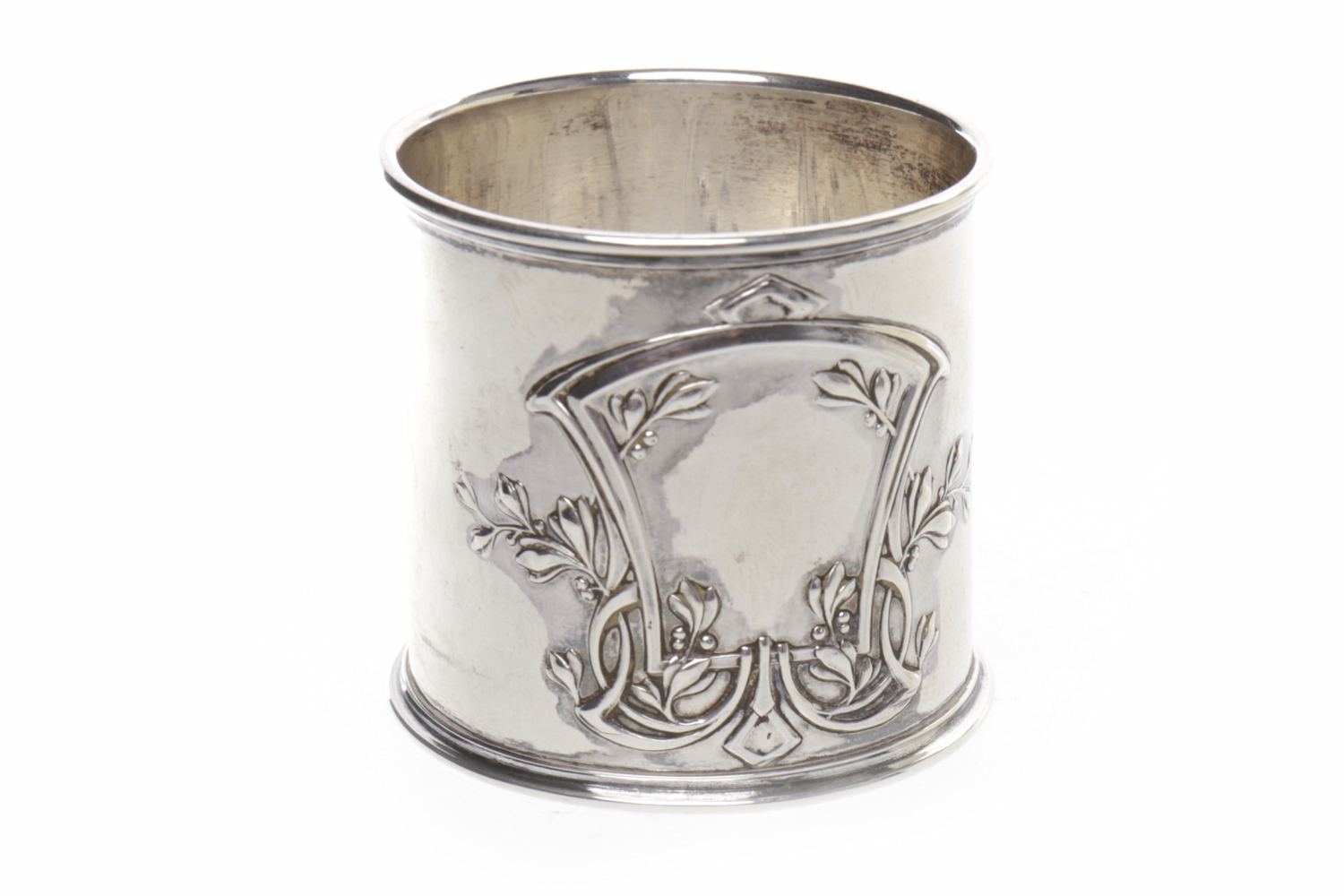 Among the other items in the Glasgow auction are several items by famed silversmith Ivan Khlebnikov of St. Petersburg. The lots include a silver napkin ring and silver cigarette case, both of which are expected to fetch between £200 and £300, and a highly decorated champlevé spoon which is estimated at between £400 and £600.

Nineteenth century Russia drew artists and craftsmen from Scandinavia and across the Russian Empire to St. Petersburg as a hub for silver and goldsmiths.

Claire continued, “Excelling in the decorative techniques of enamelling and niello, Russian silversmiths adapted Western influences, giving them a Russian flavour.  This influence can be seen in the Art Nouveau patterns and motifs featured on the cigarette case and in the beautifully detailed kvosh.”