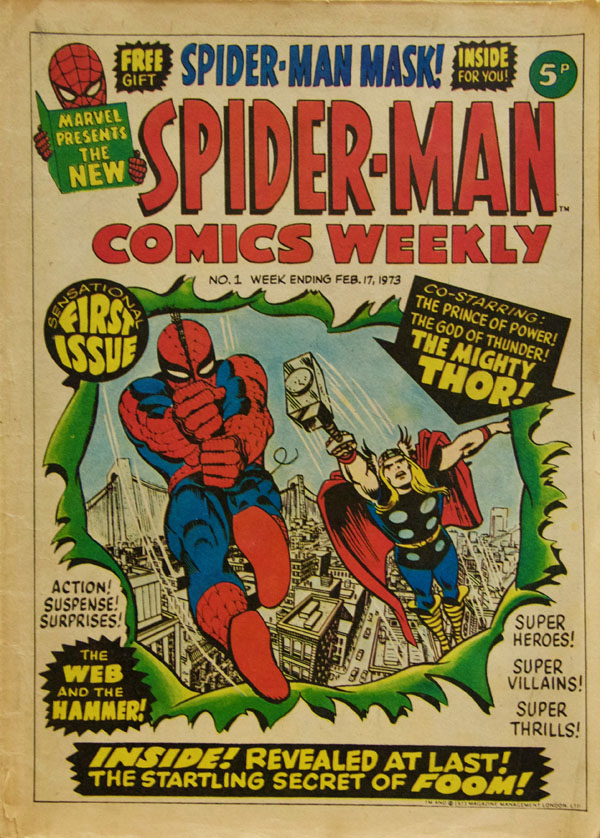 While everyone is familiar with the characters today as part of multi-million movie franchises, the sale’s collection of comics reveals how the superheroes began their adventures on the printed page.

The action-packed titles by Marvel UK, including such names as Spider-Man, The Incredible Hulk, and the Fantastic Four, come in hundreds of issues from the 1970s.

In 1972, Marvel UK was formed to reprint US-produced stories for the British weekly comic market, exposing UK children to superheroes like Spider-man, The Hulk, and the Fantastic Four without having to purchase expensive and hard-to-find American imports.

The Mighty World of Marvel featured a host of now-familiar characters, some of whom were to receive their own spin-offs. Spider-Man Comics Weekly was the first, reproducing the entire series of the The Amazing Spider-Man, which had been published monthly Stateside since 1963.

Other titles featured are those from Marvel UK’s parent company Marvel Monster Group, including Planet of the Apes and Dracula Lives!