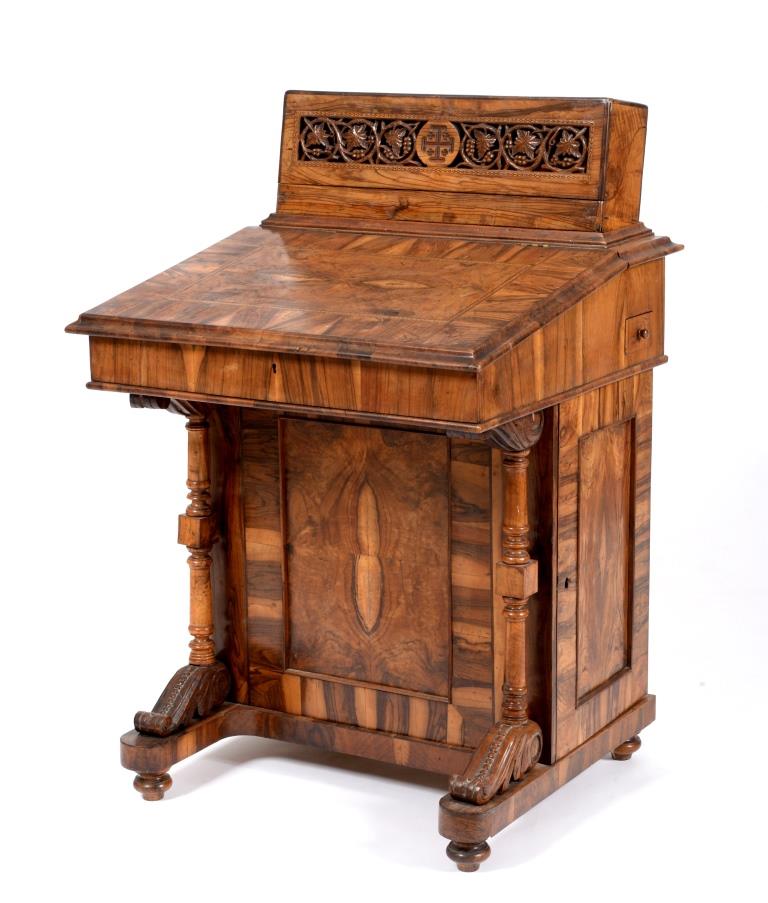 Good period oak from the 17th and 18th centuries commanded particular interest. Top lots included a 17th century oak three-drawer dresser, which rocketed over the £700-1,000 estimate to reach a hammer price of £3,400.

Elsewhere, it was the fine and the unusual that were eagerly competed over, such as an impressive late Regency mahogany wine cooler from the second quarter of the 19th century, which finally sold at £7,500. Jeremy Pattison, Furniture Specialist attributed its success to the superb quality and rare design.

A London Delft Pill Slab from c.1740, painted with the arms of the Worshipful Company of Apothecaries, sold for its top estimate of £6,000

An 18ct gold pocket chronometer signed Dent of London 1842 (watchmaker to the Queen and maker of the clock in Big Ben) selling for £6,000

One of the highlights of the picture section was a pencil and watercolour by John Duncan RSA, RSW (1866-1945), the most renowned artist to hail from Dundee; ‘Shining Land’ attracted much interest from Scottish collectors, finally selling for £8,000.

One thought on “Brown furniture in demand at Tennants”