London art gallery Messum’s is holding a new exhibition of works by the sculptor Ken Smith, who produces work in the Modern British style.

One of Henry Moore’s rarest finds, Smith is an instinctive sculptor who shirked traditional routes of training, but who has since developed a vibrant body of work that places him strongly in a natural stream of modern British sculpture, freely engaging in the human condition. 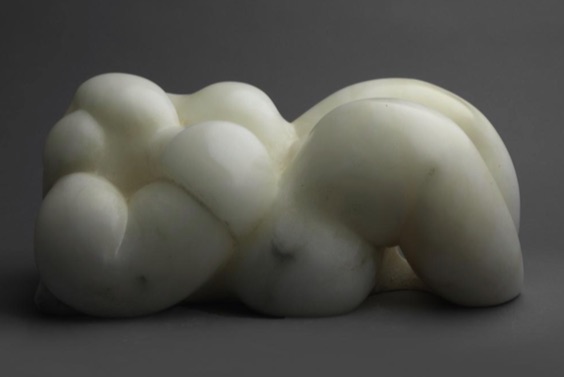 Remarkably, this will be Ken Smith’s first major London show, comprising 45 resonant pieces, many in his favourite West Country polyphant stone, others in alabaster, marble and slate, and some cast in bronze.

Although championed by Moore, who recommended him for entry into the Slade School of Art, Smith decided on a more modest path. His tally of jobs shows him to be an intuitive artisan – smith by nature – a builder and trained carpenter, he spent two years living in a Franciscan Friary. 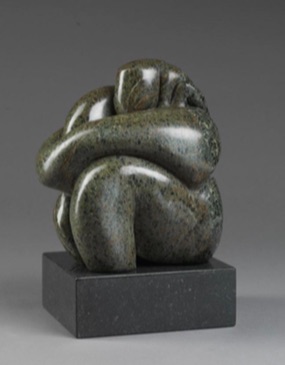 It is this intuitive, visceral quality that marks out Ken Smith’s sculpture from that of his peers. The work has a raw emotional honesty that is disarming, and – in its grasp of form – has a free-flowing kinetic eloquence. One sees bloodlines too – genetic strands of the Modernist greats of British sculpture: Epstein and Gaudier-Brzeska, Moore and Paolozzi. (Like Moore, he is wedded to the human form, and like Paolozzi he explores the mechanical figure.) In combination with its untutored originality, there is an historic context to Smith’s work – Vorticism is in its roots – that gives it underlying gravitas and power.

The major themes that thread through the work are current and universal – sometimes startling and tender. He is concerned with political censorship and silenced humanity (there are pieces relating to the Bosnian War, to Syria and Solzhenitsyn); there are warriors as well as contemplative works associated with his time in the Friary; female figures and family groups.

As you would guess from such an intuitive artisan, his sensitivity for materials is at the forefront of the work. His selection of material is diverse and expert – from alabaster to polyphant – and his treatment of surface and volume brings an intensity of encounter that delights.

Ken Smith’s work is a rare and captivating discovery. It is modern British sculpture that delivers strong ideas beautifully. Raw in its conception, instinctive in its making, poetic in its aspiration. Once hailed by Henry Moore, and now on show at Messum’s in Cork Street for the artist’s first major London exhibition, running until August 4.