With the eye-watering contracts commanded by today’s footballers back in the news following Paris St-Germain’s recent signing of Brazilian forward Neymar for £200 million, superstars of yesteryear earned somewhat less for their skills on the pitch. 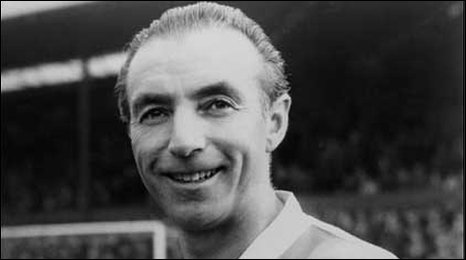 Details have emerged of Britain’s first football legend, Sir Stanley Matthews’ pay packets, after two his original football contracts, including his first professional contract in 1932 with Stoke City and one from 1935, have been consigned to Derbyshire’s Hansons Auctioneers’ Sporting Memorabilia Auction later this month.

With Neymar pocketing over £775,000 a week (or a cool £40 million a year) at the Parisian club, back in the thirties, a 17-year-old Sir Stanley earned just £5 a week at Stoke – which dropped to only £3 a week during the summer months. 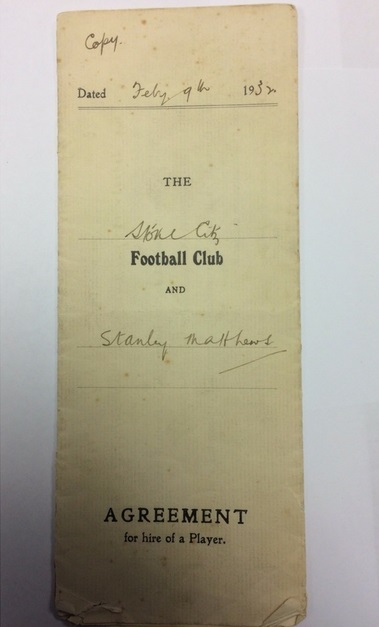 His 1932 contract states: “Stanley Matthews, of 89 Seymour Street, Hanley, will play in an efficient manner and do the best of his ability for the club. In consideration of the observance by the said player, the club shall pay to the said player the sum of £5 per week from Feb 1932 to May 1932, going down to £3-a-week in the summer months.”

The contracts are being sold at auction by brothers David, Andy, and Graham Lockett, Stoke residents and club supporters. David said: “I think it’s important for people to know what top players earned back in the 1930s. Compared to what they earn today, it may seem ridiculous but at the time it would have been a lot of money.

“We’d love to see these contracts end up in the British Football Museum. They are a crucial part of the game’s history. Stanley Matthews’ contract could be displayed alongside a contract from a player like Cristiano Ronaldo or Neymar. The contrast would be almost incomprehensible.”

The brothers, who run Edwards & Lockett, a firm making commemorative pottery, in Longton, Stoke, say the fact that they have the contracts is all down to their father, Les Lockett. He passed away eight years ago at the age of 88, leaving them the business – and a piece of Stanley Matthews’ history.

“We knew the contracts existed but they were lost for a while,” David said. “We found them when we were having a clear out.

“Dad took the contracts in lieu for a debt. That’s the way business was done back in the 60s. A bit like a pawn shop. The contracts have been gathering dust in a drawer for nearly 50 years.”

Charles Hanson, owner of Hansons Auctioneers in Etwall, said: “As a football fan myself, I’m proud to be handling the sale of these important contracts. 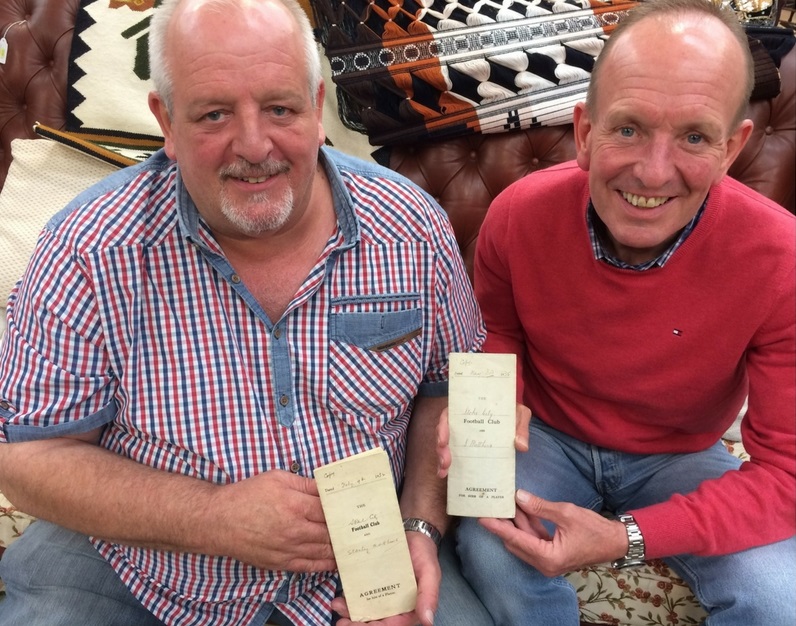 “Despite his phenomenal career, Sir Stanley never earned more than £50 a week plus £25-a-game bonus.  It would be nice for the multi-millionaires of today’s game to see what one of the best players the world has ever seen took home in his pay packet.”

Sir Stanley, who was born in 1915 and died in 2000, is the only player to have been knighted while still playing football, as well as being the first winner of both the European Footballer of the Year and the Football Writers’ Association Footballer of the Year awards. He spent 19 years with Stoke, playing for the Potters from 1932 to 1947, and again from 1961 to 1965. Between his spells at Stoke he spent 14 years with Blackpool. He also won 54 England caps.

“We expect Sir Stanley’s first football contract to be bought by a museum or collector. Maybe even a footballer may wish to acquire it to signify his impact on the nation’s passion for football. Its guide price is set at £1,000-£2,000. The 1935 contract has a guide price of £500-£800.”

The sale takes place on August 22.