Two undiscovered drawings by world-famous artist, Alberto Giacometti, are to be sold at Cheffins in Cambridge, UK. The drawings were discovered amongst the collection of the late antiques dealer, Eila Grahame, based in London, following a preliminary inspection of his effects by Cheffins. 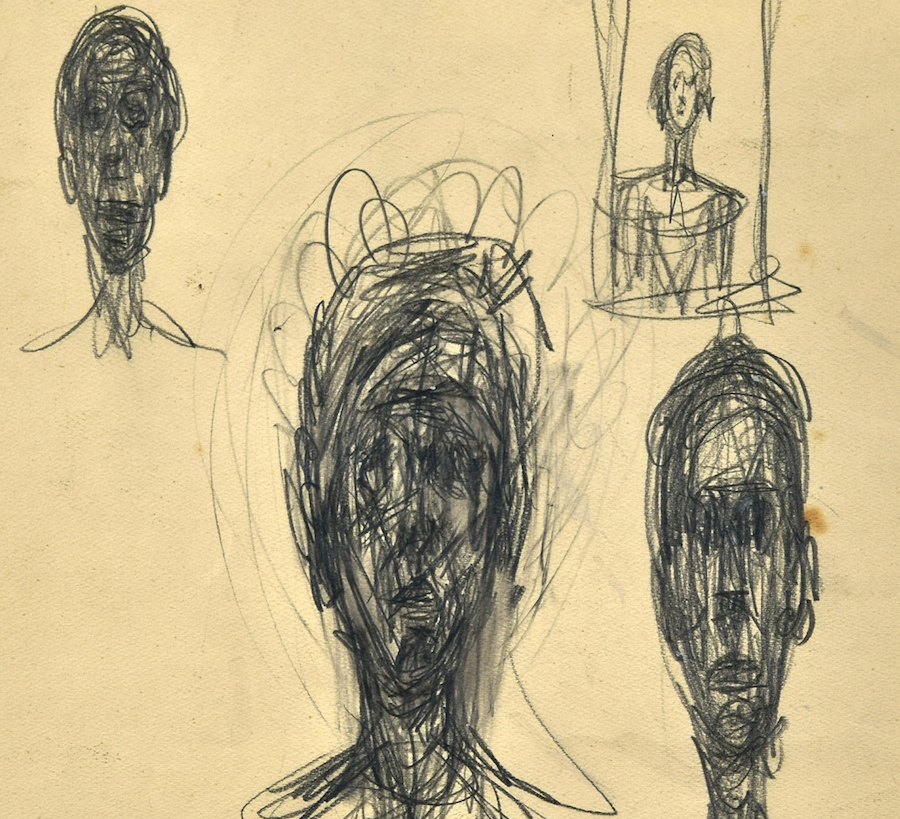 Martin Millard, Director, Cheffins, said, “We eventually found them buried under piles of dust-covered antiques, paintings and drawings. These drawings have never before been seen by the public and we are expecting them to be of interest to museums and galleries around the world as well as individual collectors.”

Martin said that they soon realised they had unearthed something special. “One tends to get a ‘gut feeling’ about these things, and we quickly became convinced that the works were genuine, but were clearly delighted when the Fondation Alberto et Annette Giacometti were able to confirm their authenticity and include them in the catalogue raisonné.” He added, “Eila Grahame was a true icon in the antique collecting world and we knew that anything from her collection was likely to hold some significant value, however nothing could have prepared us for undiscovered works from one of the world’s most important and relevant artists.”

The drawings are pencil sketches on a double sided sheet of paper and are signed ‘Alberto Giacometti 1947.’ They are titled Têtes (recto); Nu debout (verso) and are studies of various heads and a nude woman standing in a room in Giacometti’s signature style.

The images have been authenticated by the Comite Giacometti in Paris and is registered in the Alberto Giacometti database under AGD 3759.

Eila Grahame was a renowned antiques collector, whose shop on Kensington Church Street was a magnet for curators. Cheffins sold the rest of the Eila Grahame collection in December 2016 which made over £577,000 in total. Amongst key items in the collection were a previously unseen Picasso sketch and a number of pencil drawings and watercolours by Frans Anton von Scheidel.

Martin Millard, Director, Cheffins continues, “The discovery of this important work is particularly timely at the moment considering the imminent release of The Final Portrait film about Giacometti starring Geoffrey Rush and the current Tate Modern retrospective of his work.