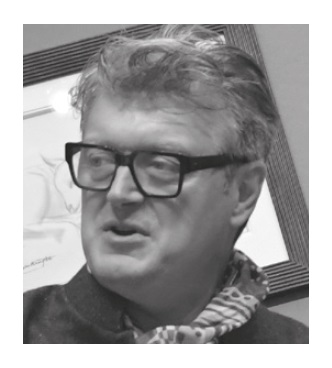 There’s a chance to buy original artwork by some of the greatest British artists of the 20th century at a selling exhibition of their textiles next month. Vibrant and evocative, prices start at just £500. Exhibition curator Ashley Gray, from Gray M.C.A. has been collecting artists’ textiles for more than a decade and offers advice.

What first attracted you to textiles?
Without seeing some of these textiles in the flesh it is difficult to describe their beauty. I remember the first time I saw a William Scott-designed jacquard woven fabric – the hairs on the back of my neck stood up. It had all the complexity and texture of an oil painting. The difference is that an oil painting, or even an etching by one of these great artists, could cost upwards of a £1 million but, with a textile, there is a
possibility for a collector to own a limited edition work of art for a fraction of the price.
When I have suggested to specialists in modern art that their collection really should include a textile they used to be sceptical – until they see them and then they are convinced. As prices for modern British art spiral ever higher, collectors, curators and lovers of modern art have woken up to the rarity, beauty and historical importance of the textile work of the modern masters.
These rare and powerful works underline the innovative genius of both the artists and the textile producers of the postwar era.

Why are they so special?
The postwar period was one of great austerity, a time when things were at their lowest ebb. These artists, and the weavers who they worked with, including Alistair Morton of Edinburgh Weavers, were responsible for bringing beautiful contemporary work into homes up and down the land, in the form of 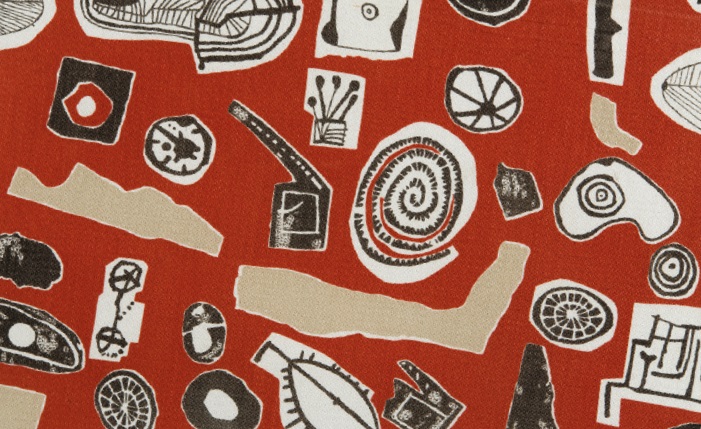 soft furnishings. It was art for everybody at an affordable level. In this respect the artists were visionary, breaking down the barriers between fine and decorative arts. It was the start of colour in households and the democratisation of art. Alistair Morton and Zika Ascher effectively obliterated the line between fine and decorative art. Not only that, they tell the wider story of modern British art. Even in style they show the progression, from the rather muted tones of the immediate postwar period to the vibrancy of the designer Barbara Brown’s textiles from the 1970s. Added to which, the artists fully embraced the medium – they were fascinated by the process and the fact their work could be seen in people’s homes, as well as galleries.

How important were the weavers to the process?
Vital, it is impossible to underestimate the genius of people like Alistair Morton and David Whitehead. While the weaving process seemed complicated to the artists, Morton told them not to panic and they trusted him to interpret their designs on fabric. He just told them to bring him the image and his job was to bring it to life – to tell its story using the language of textiles.

How many were produced?
Because Edinburgh Weavers was a relatively small outfit, the runs it produced were quite short, making certain pieces incredibly rare. The fact the designs were so avant garde for tastes of the day also meant the editions were kept deliberately limited.

Where are good hunting grounds?
Textile fairs, including the Manchester Textile Fair (www.textilesociety.org.uk) are a great resource for collectors, where you will find some, though not a great deal, of dealers who specialise in the period. I 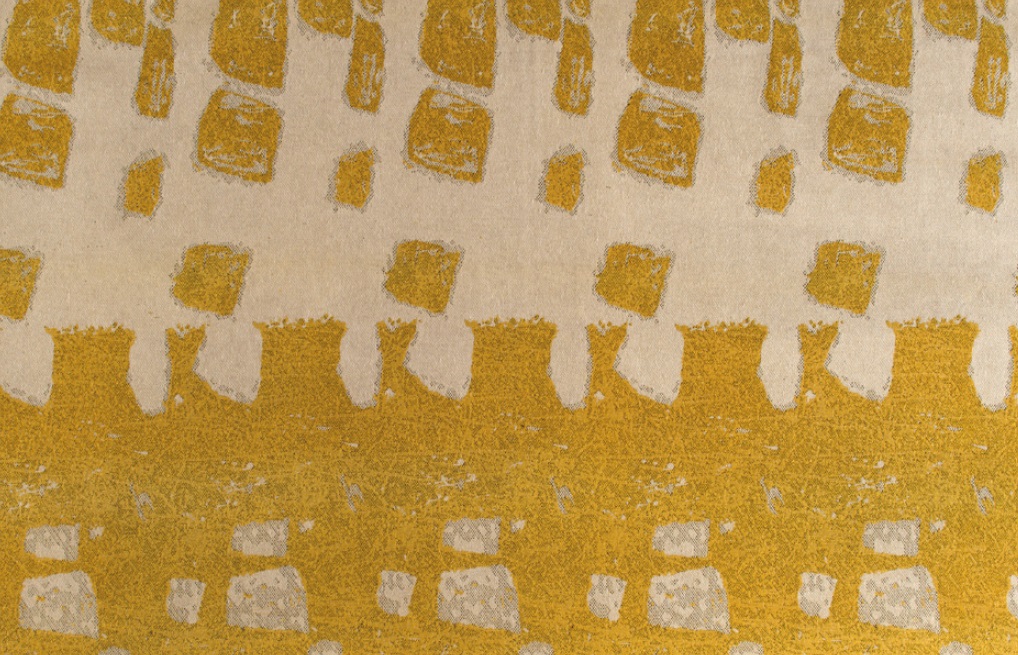 remember going to an event in Olympia and being approached by Alistair Morton’s niece who had a pair of curtains which had been designed by the artist Alan Reynolds for the Edinburgh Weavers. I was speechless.
These were curtains I had been looking for for the last decade and she had them in a carrier bag. The even more exciting thing is that there will be many households in the country – it could be your parents’ or grandparents’ home – that will have one of these gems waiting to be discovered!
Almost certainly some people will have curtains in their bedroom, hall or sitting room that could be in the V&A or sold at auctioneers like Christie’s.

Is restoration a problem?
In its day Edinburgh Weavers was responsible for some groundbreaking innovations in textile manufacturing, including creating material which was resistant to the elements – which means a lot of the designs have held their colour very well. I take a lot of textiles to a professional conservationist in Bristol, which is used to preserving Elizabethan lace, so I shouldn’t be surprised when they do a great job on a textile from the 1950s.

How important is framing?
Extremely important, in fact showing the textiles to their best possible advantage is one of the most difficult things we do. Framed, these textiles demonstrate the splendour of works by the some of the greatest modern artists of the last century. You need to appreciate the importance of the weave as well as the material. Silk, for example, may be displayed in a totally different way from linen. We stretch the fabric and frame it under museum quality non-reflective glass before putting it in a larger box frame. This way you can hang a great modern artist in your own home.

Is it too late to start a collection?
Not at all, but you may have to be swift. Recent exhibitions, such as the one at the Fashion and Textile Museum in Bermondsey, are putting these textiles on the map. Pieces that sold for a £100 a few years ago are now selling for four figures.
It is a great tribute to the post war textile visionaries of modern art that these now rare and powerful mid 20th-century textiles are sought worldwide as beautiful and historically important works of art in their own right. 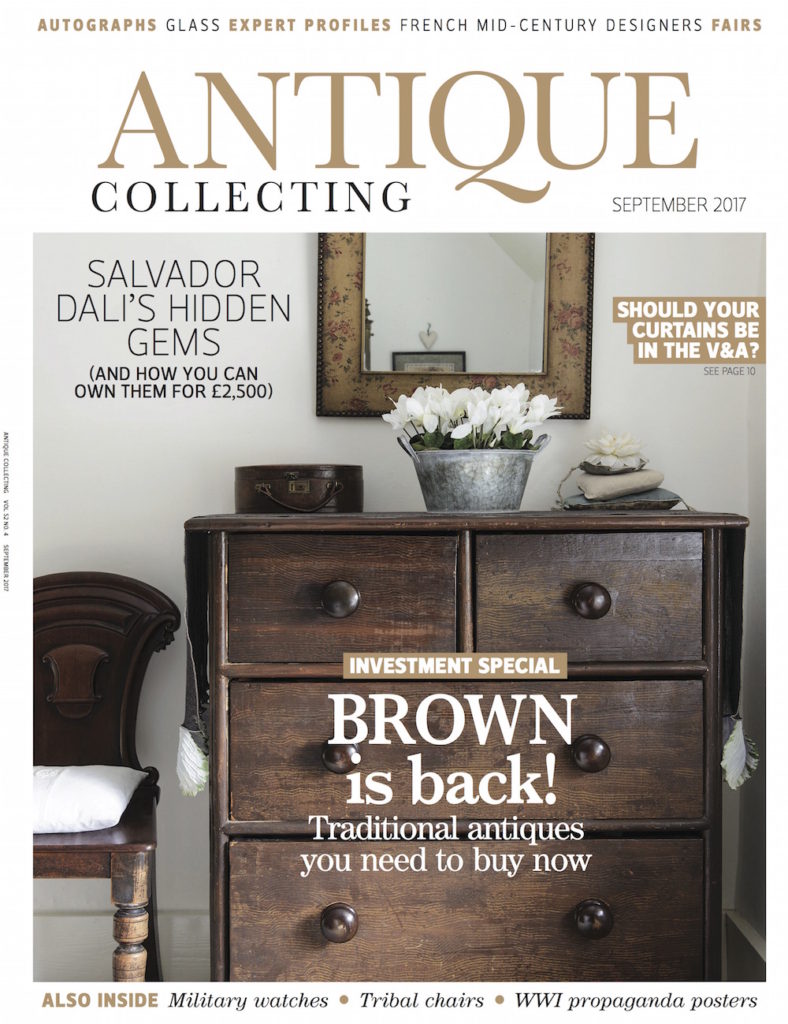