Featuring an elaborate scheme with floating chair, leaping cats and an in-progress easel suspended by thing wires, Dali Atomicus by TIME photographer Philippe Halsman has been described as ‘the photo that changed modern portraiture’. An original print, one of only three to be created at the time, is to be showcased at the LAPADA Art & Antiques Fair. It is the only remaining print of which the whereabouts is now known. 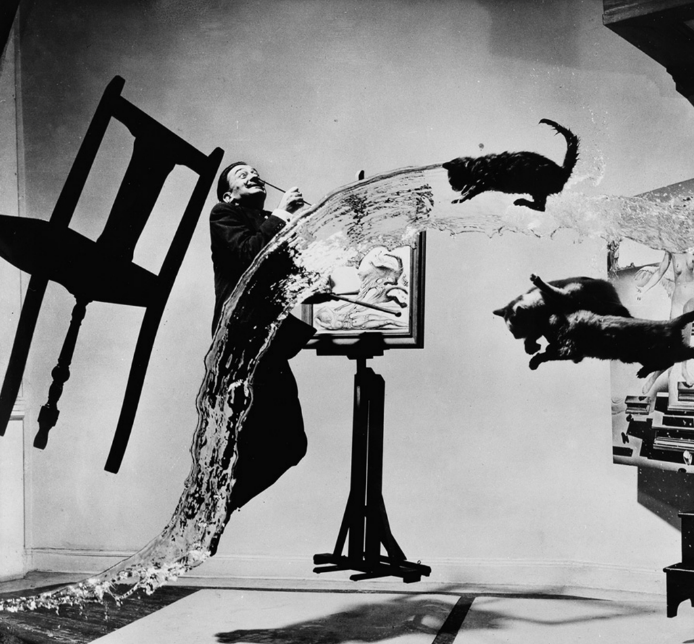 Inspired by Dali’s painting Leda Atomica, Halsman created an elaborate scene to surround the artist that included the original work, a floating chair and an in-progress easel suspended by thin wires. Assistants, including Philippe Halsman’s wife and young daughter Irene, stood out of the frame and, on the photographer’s count, threw three cats and a bucket of water into the air while Dalí leaped up. It took the assembled cast 26 takes to capture a composition that satisfied Halsman. The artist even painted an image directly onto the print before publication.

Though thousands of copies and posters are in circulation, this original print has not been since since it was shown at the MoMA exhibition, Memorable Life Photographs in 1951. It will be exhibited by Syvlia Powell Decorative Arts at the LAPADA Art & Antiques Fair from September 15 to 20, priced at around £10,000.

The 2017 edition will see the Fair return to Berkeley Square for the ninth year running and will feature works in an array of disciplines, from fine art, furniture and contemporary works to decorative arts, jewellery and antiquities.