Three pieces of 19th-century furniture in the distinctive French Japonisme style, each featuring crawling dragons, are to be sold at Dawson’s auction house in Berkshire. 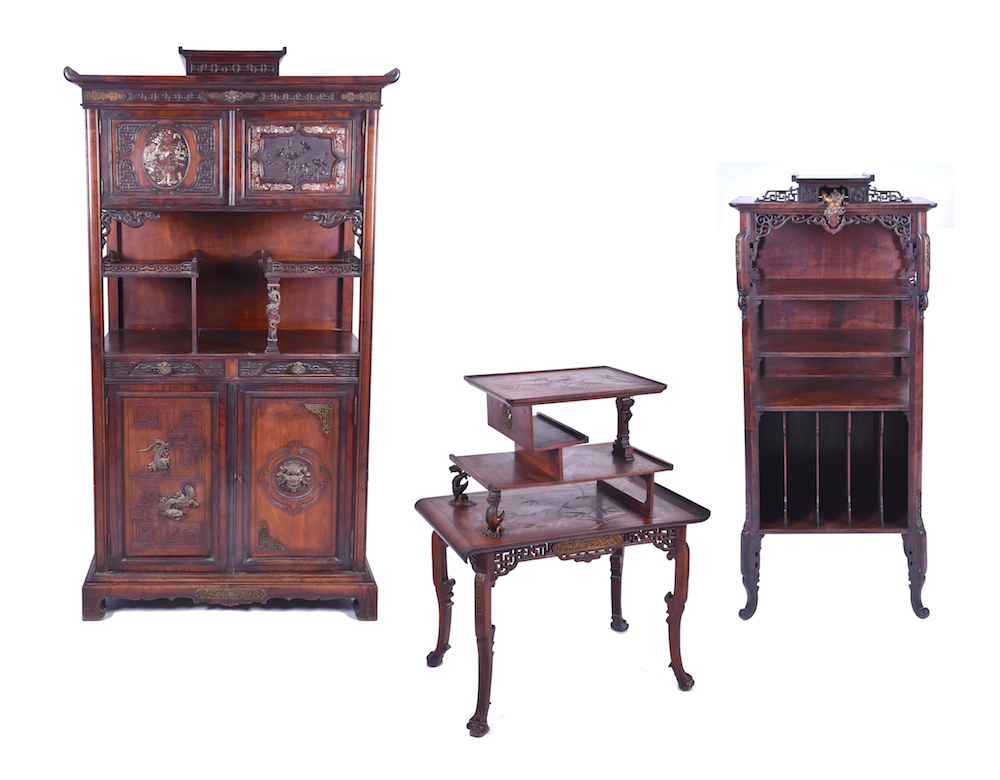 The three items by Parisian cabinetmaker Gabriel Viardot (with one signed) have been passed down the Tooth family. Charles Tooth founded the gallery, Arthur Tooth & Sons, for his son in 1842, which went on to find great success in the sale of photogravures of Pre-Raphaelite and other works.

“It is difficult to prove with absolute certainly which gallery these pieces originated from, however the original gallery sign was present in the property, as were a number of paintings from the gallery and a few gallery catalogues which the family have retained,” said Dawson’s managing director Aubrey Dawson. “Mr. Tooth passed away in 2015 but his family have told us that he owned the gallery in London and used to specialise in fine paintings. All of the paintings and furniture in the property are included in this auction”.

The three lots by Viardot are: 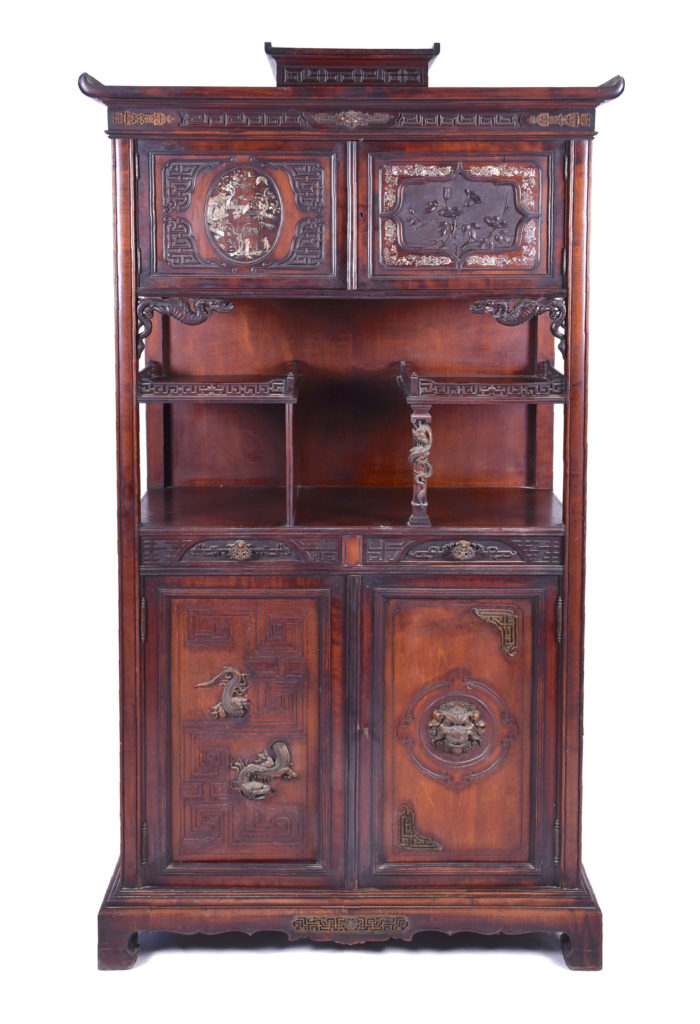 A walnut bank of display shelves, circa 1885, three central shelves sit below a top decorated with a pierced frieze, upon which an ormolu dragon peers from beneath a central hood, below a five divisional newspaper stand, all raised on swept scrolling supports and framed by applied cast pierced panelled sides, 139 cm high, 57 cm wide, 38 cm high, (unsigned). Estimate £1000-£1500.

A walnut side cabinet in the French Japonism taste, the base with twin-panelled doors, one penetrated by a two sectional applied bronze dragon with surrounding geometric incised detail, the other decorated centrally with an applied bronze beast’s mask with incised bordering, both open to reveal a shelved interior, set below two drawers leading upward to two-tiered compartmental open shelves, one column support adorned with an intertwined bronze dragon, with pierced borders and further caved dragon brackets, all below twin panelled doors with highly detailed inlaid mother-of-pearl and carved decoration of architectural exteriors and floral studies, below a tiered top. All supported on a bracket base, the top compartment side with a 12 character Japanese signature, signed to the opposite side G. Viardot and dated 1887, 179 cm high, 96 cm wide (maximum), 44 cm deep. Estimate £2000 to £3000

Other items in the sale include Colonial Indian chairs, a selection of Oceanic and other paddles and clubs, and a good collection of oil paintings.