A brooch given by Queen Victoria to her favourite daughter, Beatrice, on her 14th Birthday is to be sold in Yorkshire at Tennants Auctioneer’s Autumn Fine Art Sale next month. 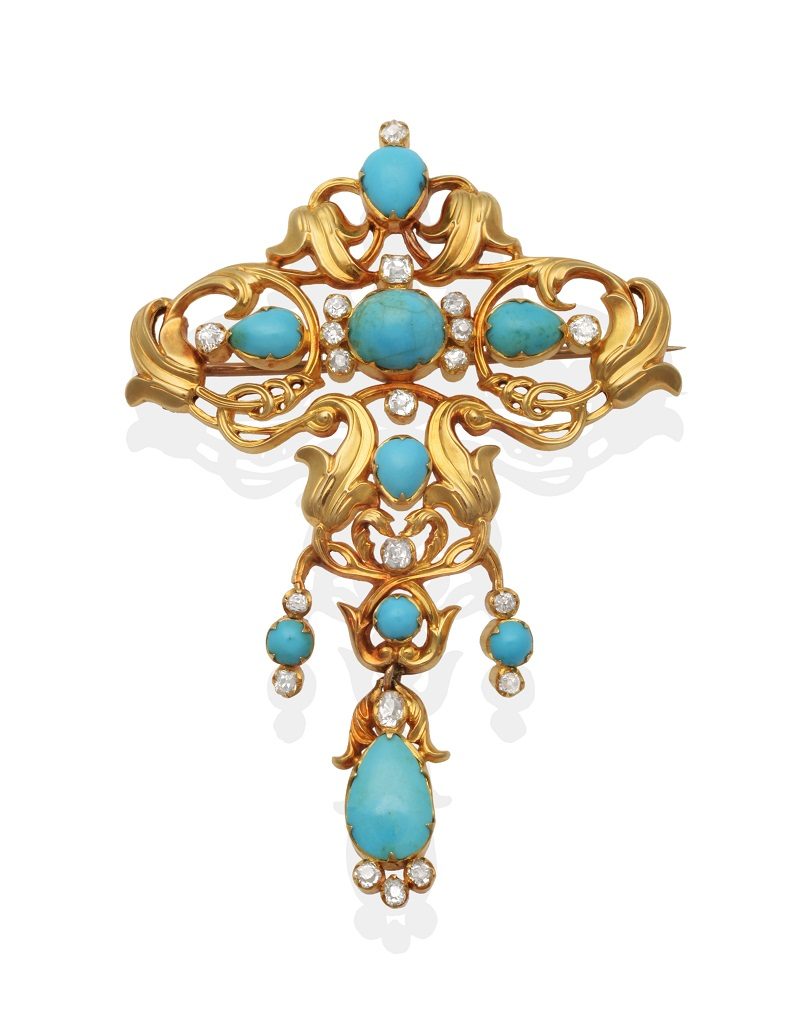 The gold, diamond and turquoise brooch once belonged to Victoria, Duchess of Kent (formerly Princess Victoria of Saxe-Coburg-Saalfeld), who had left all her jewellery to her daughter Queen Victoria on her death in 1861. The brooch was then gifted by Queen Victoria to her youngest daughter, Princess Beatrice on the event of her 14th birthday. Inscribed on the back of the brooch is: ‘Had belonged to dear grandmamma V. From Mama V.R. 14th April 1871. To Beatrice’.

Princess Beatrice (1857-1944), affectionately known by her mother as ‘Baby’, was the youngest of Queen Victoria’s nine children and only four years old when Prince Albert died. As her elder sisters married and left, Beatrice became a constant companion and support to her mother.

Such was Queen Victoria’s dependence on her youngest daughter that for many years she refused to let Beatrice marry; however, she relented when Beatrice fell in love with Prince Henry of Battenburg, but only on the condition that they make their home with her. Beatrice continued to act as Queen Victoria’s unofficial secretary until her death in 1901, and was the last surviving of her children.

This historic jewel was purchased by our client’s late father from jewellers in Skipton, North Yorkshire, during the 1940s, and was given as a gift to his wife. It is now being offered for sale with an estimate of £3,000-5,000.

Tennants’ Jewellery Specialist, Melanie Saleem said, “It is such a privilege to handle a piece of jewellery with such historic significance – to think that not only did this brooch belong to Queen Victoria, but it was a token of her love for her favourite daughter.”

The sale takes place on November 18.