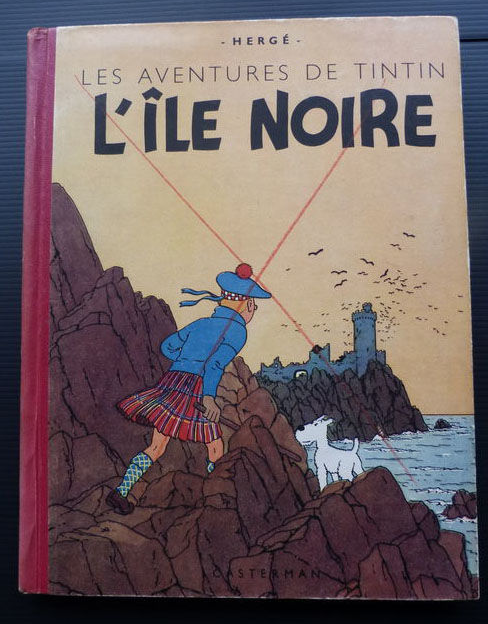 A rare Tintin comic could be set to smash world records by selling for up to £100,000 this week. The european comic, a 1943 Les Aventures De Tintin “L’ile Noire” is currently on online auction website for special objects Catawiki and is expected to fetch a whopping £100K.

There are only three known copies of this comic left in the world, and the one under the hammer is the rarest of them all. The copy includes handwritten notes and even cut-out panels that comic creator Hergé himself has written. The notes ask to see certain panels redrawn and highlight how much of a perfectionist the world renowned artist was.

According to Patrick Vranken, comic book expert at Catawiki, “The album was printed in 1943 on request of illustrator Hergé in a private circulation of only 10 pieces, meant for newspapers who could use it for publication. However, the book in the auction was never sent, but was later used by Hergé as a working document to prepare a modern version of the original book.”