A Kent family had an unexpected windfall recently when a painting bought as part of a collection in the 1950 sold at The Canterbury Auction Galleries for £6,000.

Entitled The Musician, the work is a Modernist pen, ink and watercolour of a Harlequin playing a mandolin. It was painted by Loudon Sainthill (1918-1969) an artist and stage and costume designer who worked with the Ballets Russe, the Kirsova Ballet and Ballet Rambert.

Apparently unsigned, the painting was purchased by a London trade bidder prepared to pay a multiple of the guide price against strong underbidding from an Australian gallery. The work measured 22 x 15 ins. and was framed and glazed.

Sainthill was born in Australia, but was invited to London by the Ballet Russe. He returned to Australia in the early 1940s and served with the Royal Australian Army Medical Corps, returning to London in 1949. He subsequently designed sets and costumes for almost 50 productions for opera, ballet, film, revue, pantomime, and musical performances, both in the UK and U.S.

From the same collection, an abstract oil on canvas by London artist Martin Froy (born 1926) titled Head and Shoulders was bought by Devon trade buyer for £1,750. 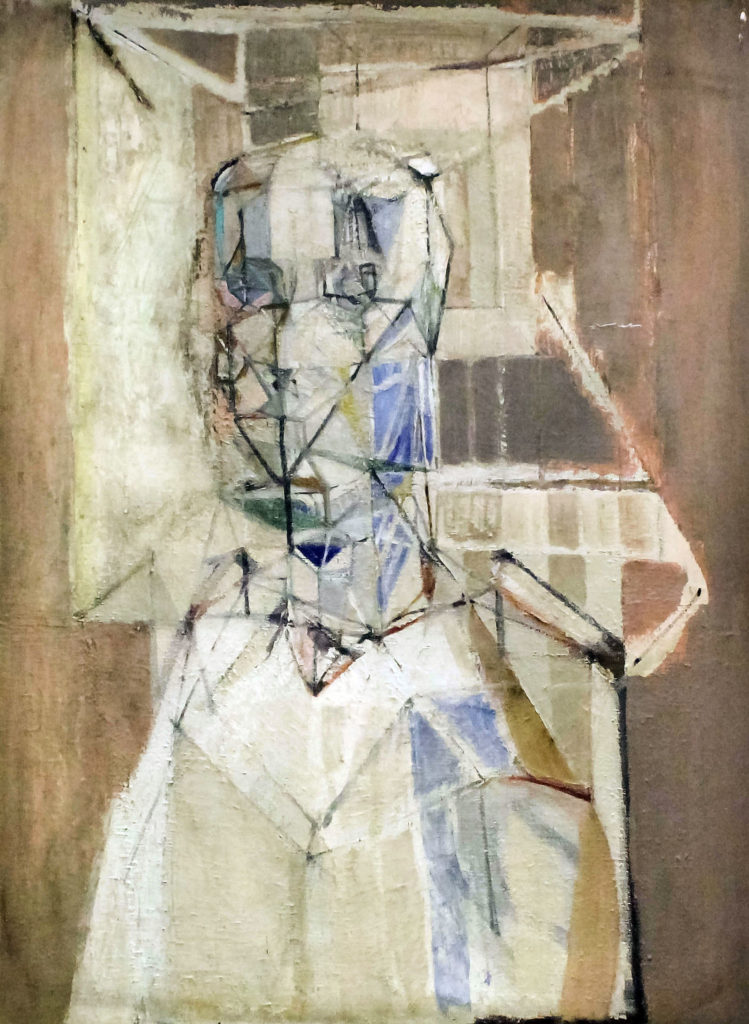 Elsewhere, a watercolour of local interest showed a view of oast houses and kilns in a Kent landscape by Rowland Hilder (1905-1993) who was born in New York. On the outbreak of the First World War, Hider’s father decided to return to his native Kent to enlist, bringing his family with him. The artist studied at Goldsmith’s College in London and went on to draw and paint many works similar to the one sold, which was secured by a Kent private buyer on estimate for £1,000. 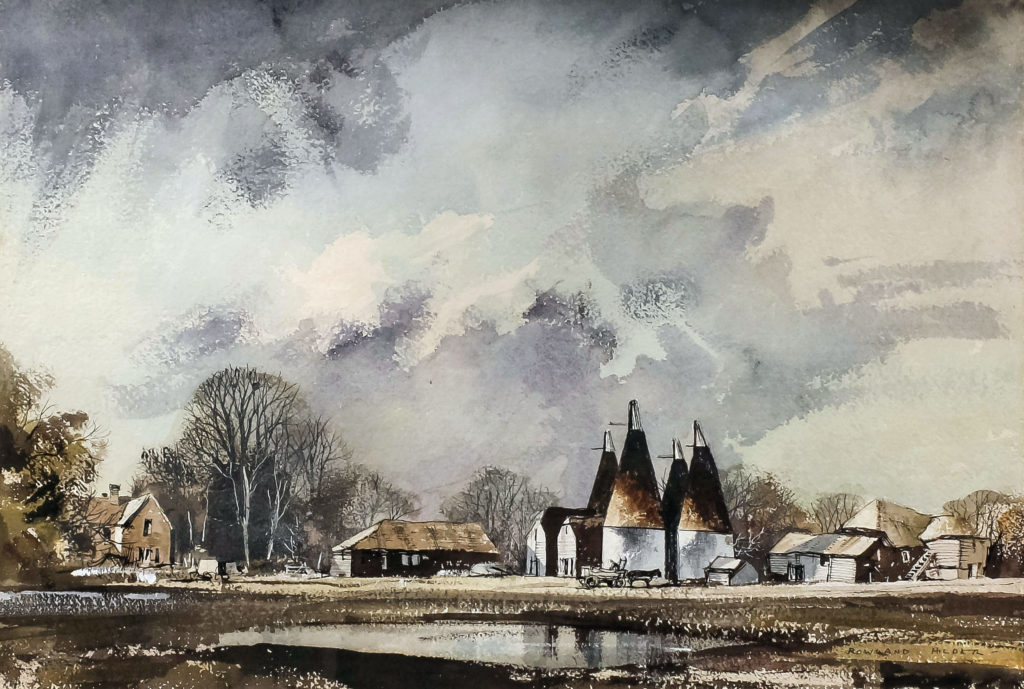