We asked auctioneer Jane Tennant of Tennants Auctioneers in North Yorkshire to choose her favourite lots from their upcoming Autumn Fine Art Sale and to explain what makes them the ones to watch in today’s market. Jane said, “There are some really good lots coming up in our Autumn Fine Art Sale – and it has been hard to pick just five! But these five lots really stand out due to their rarity or great provenance.” 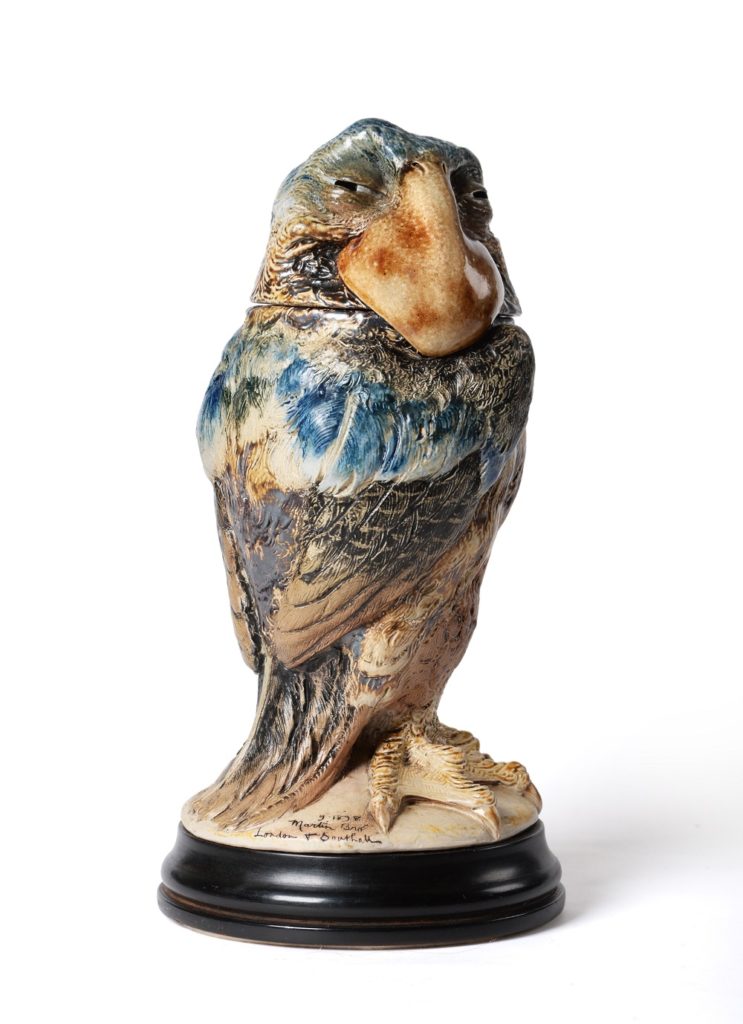 This is a characterful example of the highly collectable bird jars produced by the Martin Brothers in their Southall pottery in the late 19th century. Each bird jar was an anthropomorphic caricature of the stereo-typical Londoners of the era; from judges to Victorian waifs and even recognisable political figures, no one was safe from the Martin Brothers’ satirical eye.

This particular bird is modelled on a sergeant major, and stands erectly with a puffed out chest, his wings neatly folded, and with a sly grin and twinkle in his eye. Martin Brothers’ highly inventive and Gothic inspired whimsical and grotesque stoneware creations have become increasingly collectable over the last forty years. The pottery had a very low production rate, meaning that their work is much sought after when it comes up for auction and none more-so than these extraordinary bird jars. With a good provenance, this example is sure to attract Martin Brothers’ fans. 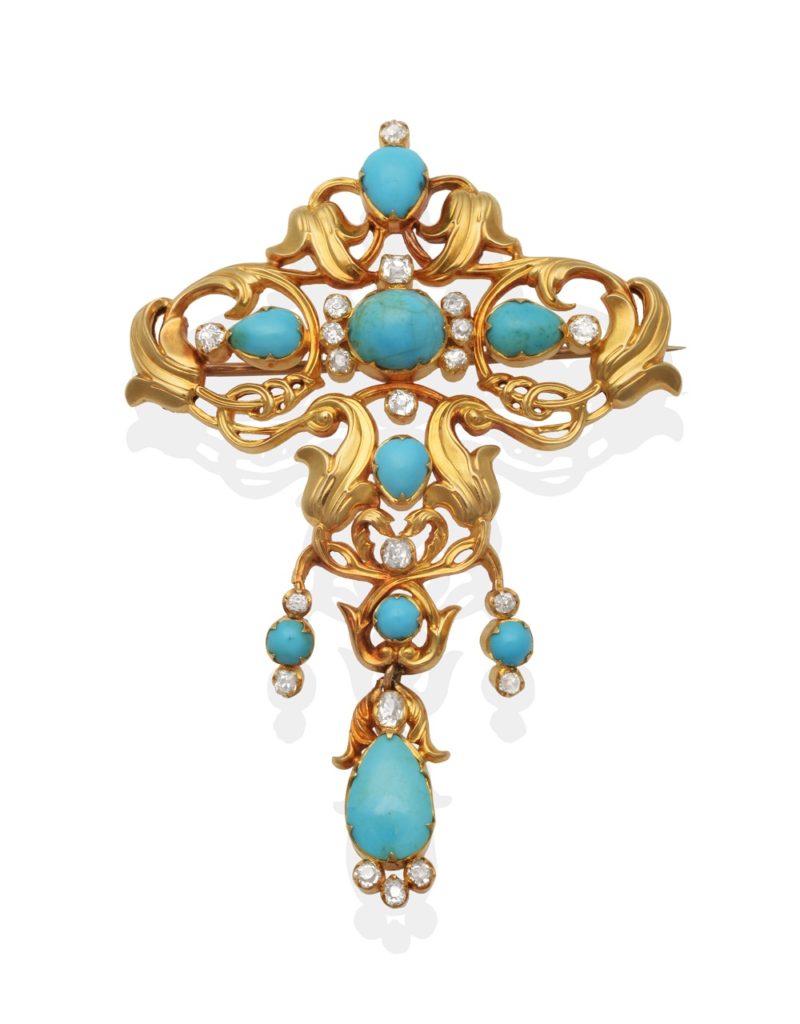 Not only is this a fine example of period jewellery, but the historic connections are sure to pique the interest of collectors of Victoriana. The brooch has been in a private collection since the 1940s, when it was purchased from a jewellers in Skipton, North Yorkshire. 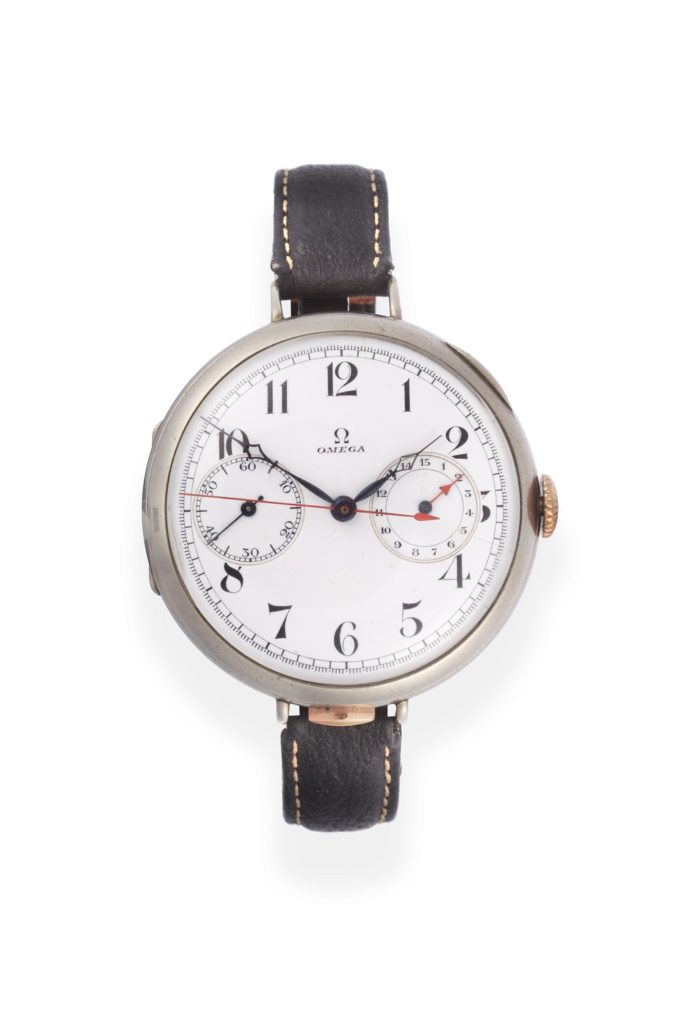 This is an excellent example of one of the earliest Omega first generation model chronographs ever made, and the Omega Museum has confirmed that it was manufactured in July 1915. It uses a pocket watch size movement, but the large size case and clear, visible enamel dial was ideal for the pilots to read the time whilst flying. It also has an ingenious chronograph button at the 6 o’clock position, which made it much easier to activate in the air.

Similar watches come on to the market so rarely, it is an exciting opportunity for avid collectors of Military Chronograph watches to get their hands on a piece from the very early days of aviation. Only two comparable examples have come up at auction in the last ten years, and both attracted much attention.

The watch is in good working order, with a nice level of patination. 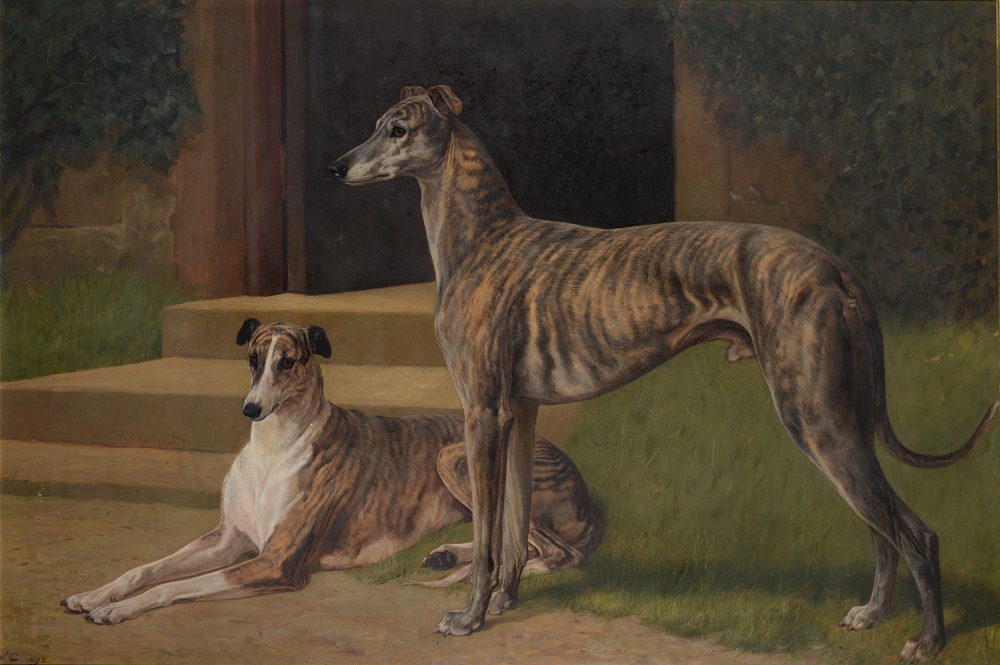 Not only is this a charming and impressive painting, it also comes with excellent provenance. The greyhounds are Fullerton and Bit of Fashion, who were bred and trained by Edward ‘Neddy’ Dent – the most renowned greyhound trainer of his day. Dent, of Shortflatt Tower, Northumberland, won the Waterloo Cup – the Grand National of the greyhound coursing world – with Fullerton a record-breaking four times. Indeed Fullerton’s body was preserved and is now on display in the Natural History Museum in Tring, Berkshire.

This painting is a wonderful character study of dogs, and is expected to appeal to both those interested in greyhounds, and British Sporting Art in general. Indeed, the painting was exhibited in the 2003 ‘Sporting Art in Britain’ exhibition held by the British Sporting Art Trust to celebrate their 25th anniversary. Another painting depicting Neddy Dent with Fullerton, and silver trophies won by Dent will also be included in the sale.

Another lot with an intriguing provenance is a canteen of silver flatware that was given by David Freeman-Mitford, 2nd Baron Redesdale (1878-1958) upon his death to Margaret Wright. Wright was his housekeeper and companion at Redesdale Cottage, Northumberland, where he spent the final years of his life. Redesdale was the father of the infamous Mitford sisters, who’s sparkling and scandalous lives continue to fascinate and intrigue today.

The canteen is accompanied with copies of correspondence from Redesdale to Margaret listing, among others things, this service as items that shall pass to her amongst his effects from the cottage in order “to avoid any possible embarrassment to yourself when the time comes that you will have to claim your property and to avoid any possible misunderstanding.” Whilst the silver in itself is of modest value, the connection with such a renowned family is sure to garner interest.