A substantial collection of Japanese arms and armour, collected by Willem Dolphyn, a 20th-century Dutch painter and connoisseur of antiques, is coming up for sale in Oxfordshire later this month.

Dolphyn, a painter of still lives in the tradition of the golden age was a regular exhibitor at the Gladwell gallery in Knightsbridge and visitor to London antiques dealers.

A collector of Chinese porcelain and Venetian glass, many of which were used in his paintings, his interests also stretched to Japanese armoury. His collection was considered one of the best in the Netherlands.

Items from his collection will feature in Mallams’ sale of Chinese, Japanese, Indian and Islamic Art in Cheltenham on October 25-26. 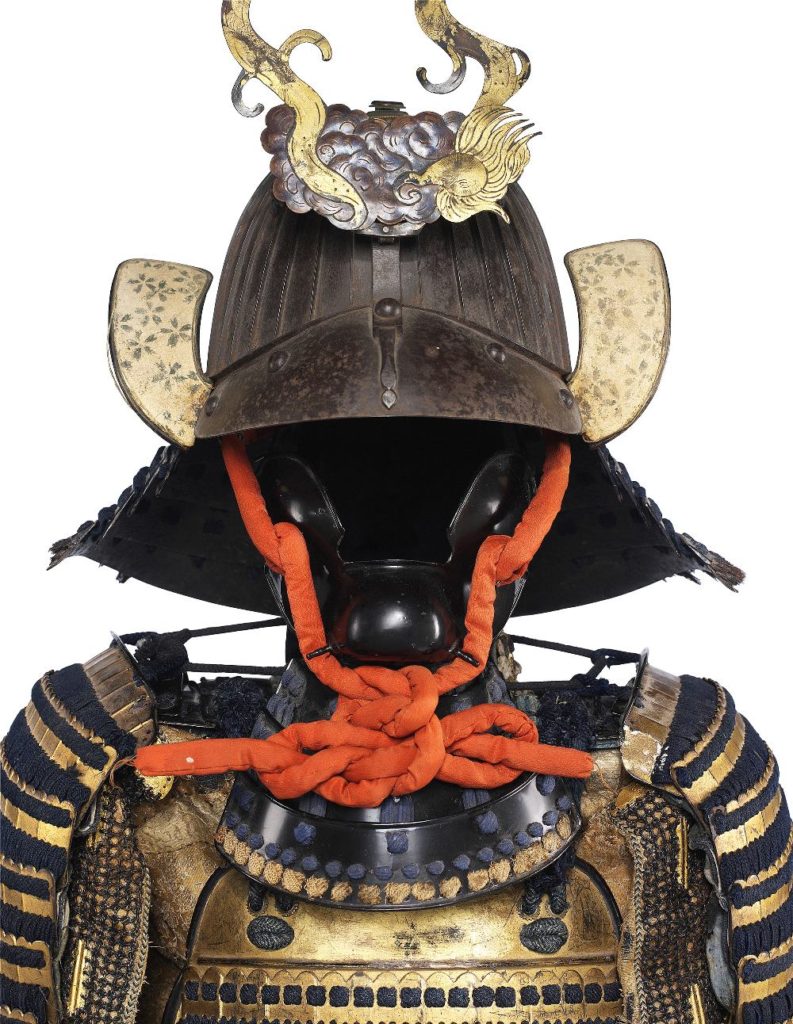 Most of the 80 lots on offer are beautifully crafted samurai blades. Examples date from the Kamakura (13th/14th century), the Muromachi (16th century) and the Edo (17th/18th century) periods, with many examples both signed and embellished with a range of metalworking techniques.

A highlight is a 17th century 51cm blade or hizen wakizashi that includes the inscription Motte Kore Tsukuru (Made Using Iron From Holland). Complete with an iron tsuba (guard) inlaid in brass with a dragon and a lacquer scabbard, it is estimated at £3000-4000. More than 50 other swords carry estimates of between £100 and £3000 each.

Accompanying these are a range of Japanese sword fittings and items of armour. Perhaps the most visually impressive lots in the collection are two Edo period suits of samurai armour: a two piece cuirass armour from the 17th/18th century and a full suite of armour (okegawa do-maru gusoku) bearing the family badge of the 17th century Mori clan. Both are estimated at £4000-6000 each.