Industrial motifs, such as cranes and lengths of chain, are the distinctive design features on an early Soviet porcelain tea service that exemplifies the Constructivist style coming up for sale in Bonhams Russian Art sale later this month. 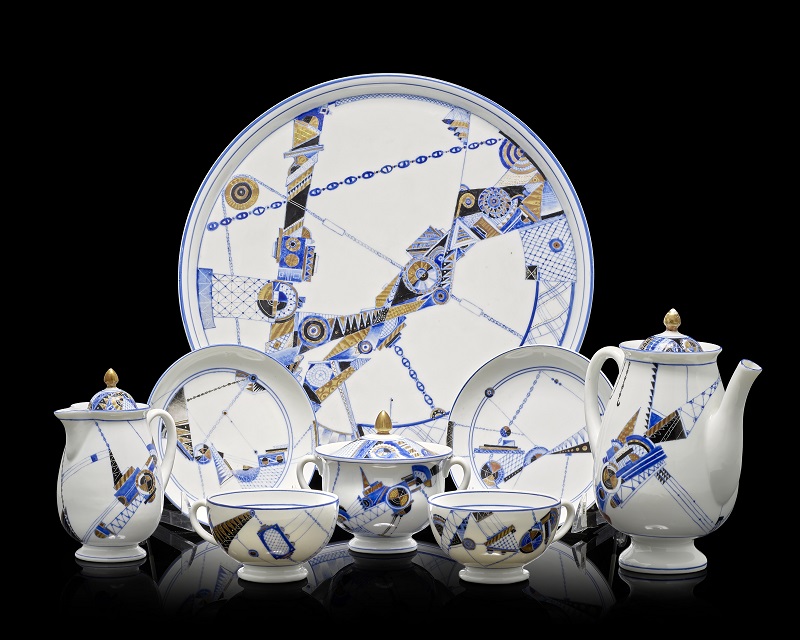 The service was a collaboration between the leading ceramicist Sergei Chekhonin – also the Lomonosov Porcelain Factory director during the 1920s – and the illustrator L. V. Protopopova, who was responsible for the ornamentation.

Bonhams Russian Art specialist, Daria Chernenko, said, “This rare service is an excellent example of the pervasive influence of Constructivist design in Russia during the 1920s and early 1930s. It was a gift from the Soviet Government to a group of German Trade Union officials during a visit to the USSR.”

The Lomonsov Porcelain Factory has a long and interesting history. It was founded in 1744 under Empress Elizabeth as the Imperial Porcelain Factory. Following the 1917 Revolution it became the State Porcelain Factory, acquiring the name Lomonosov in 1925 to mark the 200th anniversary of the founding of the Russian Academy of Science by the scientist and writer, Mikhail Lomonosov.  Although the company was privatised in 1993 and formally reverted to its original Imperial name in 2005, it is still popularly known as Lomonosov.