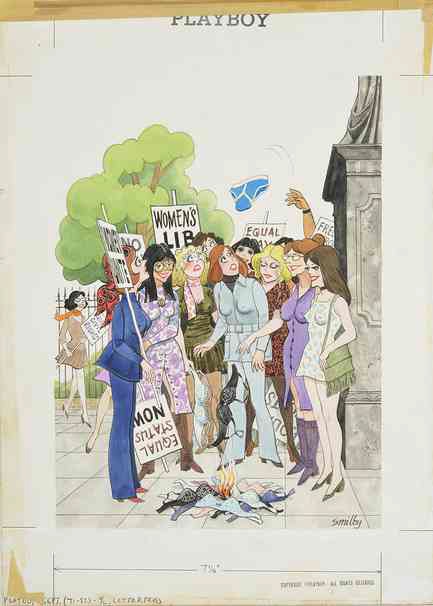 A collection of Playboy cartoons by Smilby has sold for a hammer price of over £8,000 at Catherine Southon Auctioneers recent fifth anniversary auction.

Part one of the of the Smilby Cartoon Collection included 60 lots, all with estimates of £100-£200. The top lot was entitled ‘Women’s Lib, Women Unite‘ and sold for a total of £378.

Most of the cartoons, the first part of the collection with more to be sold next month, sold within estimate, but some proved particularly popular, with international interest coming from France and Germany.

Smilby, Francis Wilford-Smith (1927-2009), was one of the most successful cartoonists and advertising artists of his day, with a career that spanned nearly half a century and included clients such as Playboy and Punch.

This first part of the collection also included some works by other artists. The top lot was the Vargas pin-up girl watercolour which had been dedicated to ‘Smithy’, by which Smilby was referred to by his friend and colleague Alberto Vargas – it sold of £2,200 (£2,596) to a telephone bidder. Smilby’s ‘Legs’ series was also very popular with the top lot making £240 (£283). Part two of the collection will be sold on the 6th December.

Catherine Southon said, “It was a great privilege to be able to include this collection in our 5th anniversary auction – it has been one of the most exciting projects I have come across in recent years; the quality of the drawings are simply stunning. I am pleased that the bidders recognised that and it’s reflected in the prices achieved.” 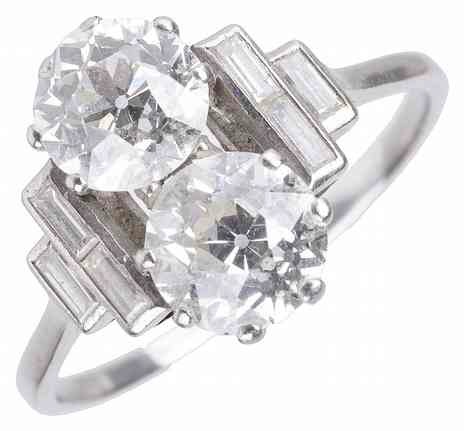 Other highlights of the auction included:

The auction was also part of Bargain Hunt‘s celebrity special for Children in Need and the auction raised a record sum of over £4,000 for the charity