A newly rediscovered 14th-century masterpiece by Lorenzo Veneziano entitled Crucifixion with an estimate of £400,000 to £600,000 is set to be one of the key lots in Bonhams’ Old Masters Paintings Sale in London in early December. 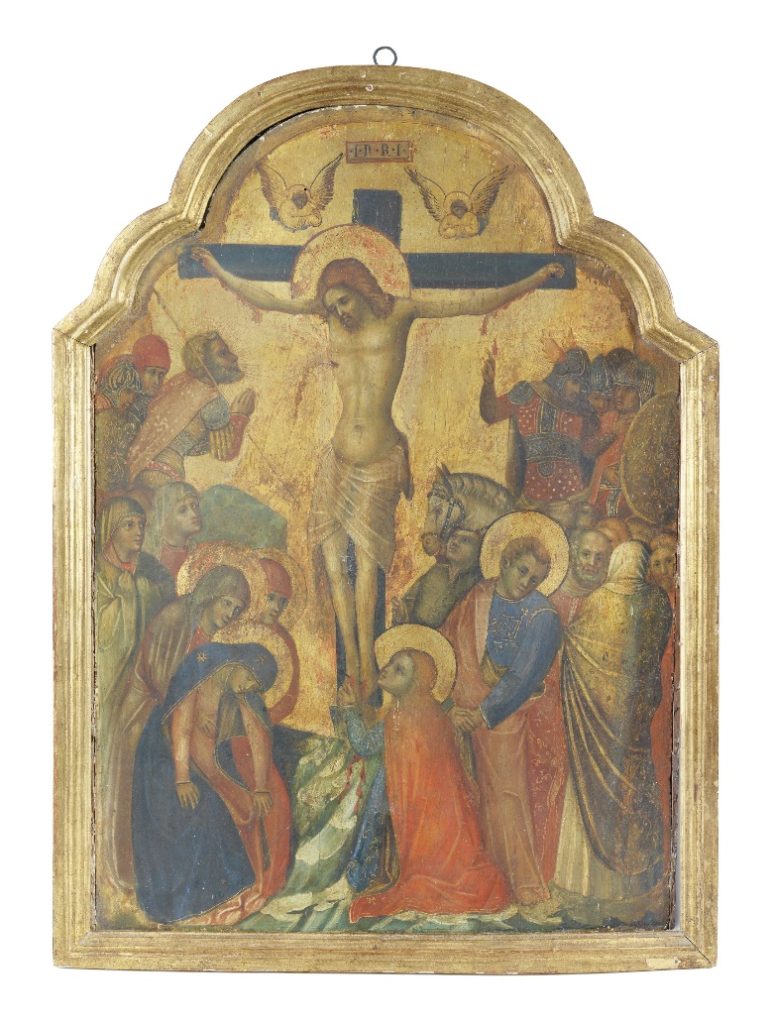 Described as a colourful and ornate panel, the painting has been in the same family for over a century, during which time it has been unseen by art historians. It was only last month that news of the painting was published when Professor Gaudnez Freuler of Zürich University wrote in an article, “Despite its tragic content and its high emotional temperature, the animated scene of the Crucifixion is rendered here with the utmost elegance and finesse amazingly producing an appearance of sophisticated grace and dignity.”

As a leading Venetian painter of the second half of the 14th century, Veneziano played an influential role in moving Venetian art away from Byzantine models towards the Gothic style. While absorbing the influence of Paolo Veneziano (no relation) who had dominated art in Venice in the first half of the 14th century, Lorenzo reflected in his work the ideas and artistic innovations he had encountered on his extensive travels throughout northern Italy.

Bonhams’ Director of Old Masters Paintings, Andrew McKenzie wrote in Bonhams Magazine, “It is a very exciting addition to our knowledge of Venetian painting in the third quarter of the Trecento. Lorenzo Veneziano introduced a naturalism, a fluency of draughtsmanship and a vitality in his figure poses that had never before been seen in Venetian art.”

The sale takes place on December 6.