A copy of the first map to name America will be offered for sale at Christie’s Valuable Book and Manuscripts sale next month.

The previously unknown copy of the map by important cartographer of the early 16th century, Martin Waldseemüller has an estimate of £600,000 to £900,000 and marks a significant cartographic discovery. 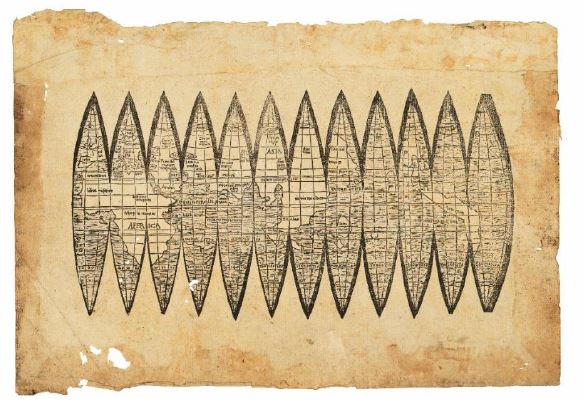 Alongside naming America for the first time, the map also illustrates separate South and North American continents. It is the earliest recorded printing of the globe, the first accurate illustration of the world in 360 degrees, and one of only five known copies depicting a separate Pacific Ocean.

A large wall map, produced by Waldseemüller around the same time, and also naming America, survives in a single copy and was acquired by the Library of Congress in May 2003 for $10 million (£7,620,000). The Waldseemüller gores will be on view to the public from 9 December, as part of Christie’s Classic Week.

Julian Wilson, Senior Specialist, Books, Maps & Manuscripts, said, “The discovery of this unknown copy of the Waldseemüller gores marks the most exciting moment of my twenty-year career at Christie’s, his cartographic innovations had an enormous influence in the science of map-making and perhaps most significantly, defined history in naming America.”