One of the most interesting lots at Yorkshire auction house Tennants’ recent Autumn Fine Art Sale was a wide brass dog collar, which once belonged to the poet Lord Bryon’s much-loved dog, Boatswain. 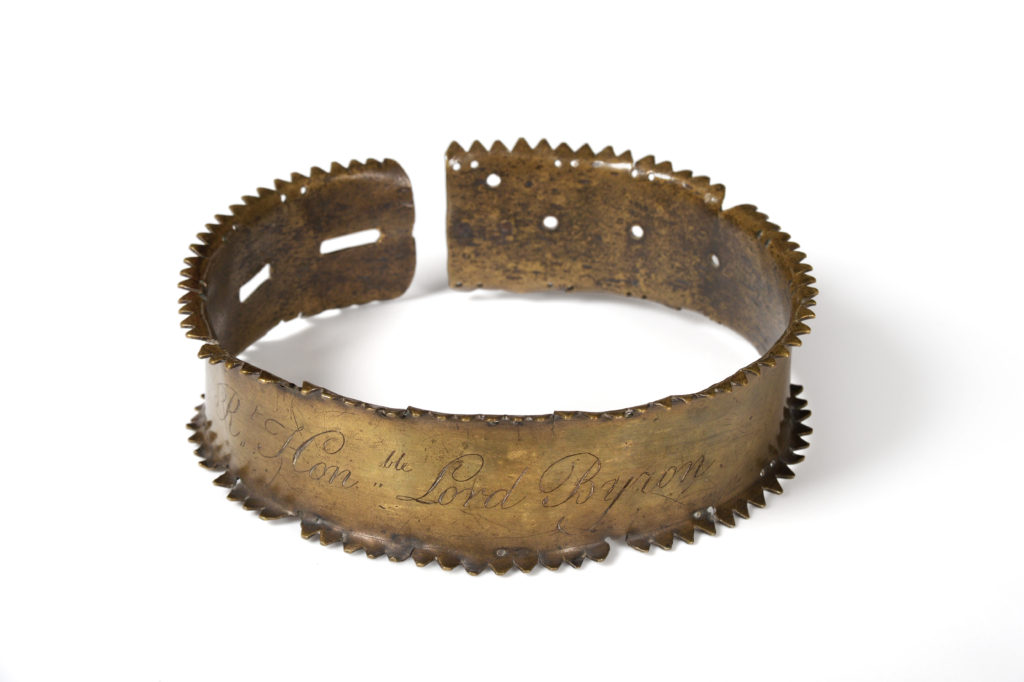 With a pre-sale estimate of £3,000 to £5,000, the collar eventually sold for £14,000. It is inscribed on the outside with the words ‘Rt. Honble Lord Byron‘ and has a jagged toothed edge, with several teeth missing along its edge. According to the collar’s accompanying provenance, it was damaged by a bear, which Lord Byron also kept at Newstead Abbey. Boatswain, a Newfoundland, and the bear had many severe encounters at Byron’s home.

Boatswain finally died of rabies after being bitten by another dog in Mansfield, Nottinghamshire. Grief-stricken, Byron erected a monument to Boatswain and composed the famous ‘Epitaph to a Dog‘.

The collar was sold to a buyer in the room. The auction achieved a total hammer price of £1,597,180.