A 205 million-year-old dinosaur skeleton from Lyme Regis in Dorset roared past its estimate of £20,000 to £30,000 to sell for £92,280 at The 5th Evolution Auction at Summers Place Auctions in West Sussex.

An exceptionally rare example, the three-dimensional Plesiosaur skeleton was discovered in the Lyme Regis region.

The first fossil of the animal was discovered by famed 18th to 19th century fossilist Mary Anning. Anning was the catalyst for a worldwide explosion in fossil hunting with her work on Dorset’s Jurassic Coast.

Most examples found are two-dimensional and rarely complete, so the skeleton in the auction stimulated fierce competition in the room and on the phones, eventually selling to a private collector on the telephone. 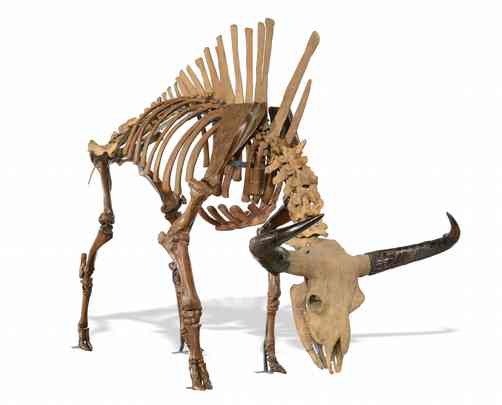 Bidding for a family of Ice Age mammoth skeletons, which carried an estimate of £250,000 to £400,000 didn’t reach the reserve price and as a result the mammoths failed to sell. Summers Place Auctions had hoped that this rare opportunity and the low estimate would have encouraged museums around the world to bid for this Ice Age family.

Sadly, although there had been interest, none of the museums had managed to get the required funding in time and felt they were unable to bid. They are hoping to be able to arrange a sale of the mammoth family with the intention to preserve its integrity as a family in the near future, but failing that the vendor may consider selling the mammoths individually in a forthcoming auction at Summers Place Auctions. 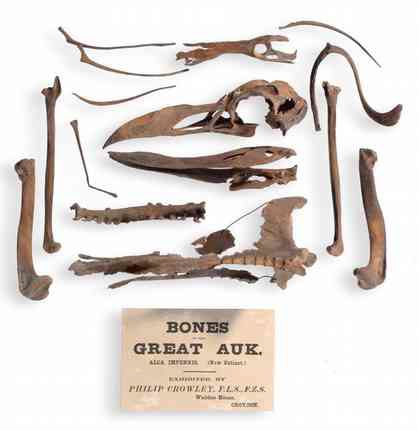 A meteorite, collected in 2016 in the Sahara, sold for more than double its low estimate for £5,200 (£6,500). Among the birds, a partial skeleton of the extinct Great Auk in its original glass topped cardboard box also sold for £5,200 (£6,500) and a magnificent case of Great Bustards by famous taxidermist Rowland Ward and which were in perfect condition as they had been Ahidden away in a darkened room in Yorkshire for over 100 years, sold for £4,800 (£6,000) mid estimate.