A small watercolour sketch by Romantic painter J.M.W. Turner, one of England’s most celebrated painters has sold at a Cotswolds’ auction for £22,000.

The sketch is thought to be one of just five made by Turner at the site of the French castle that informed the larger watercolour Tancarville on the Seine, which was painted in 1839 and is now in the Tate collection – as is another of the five studies. 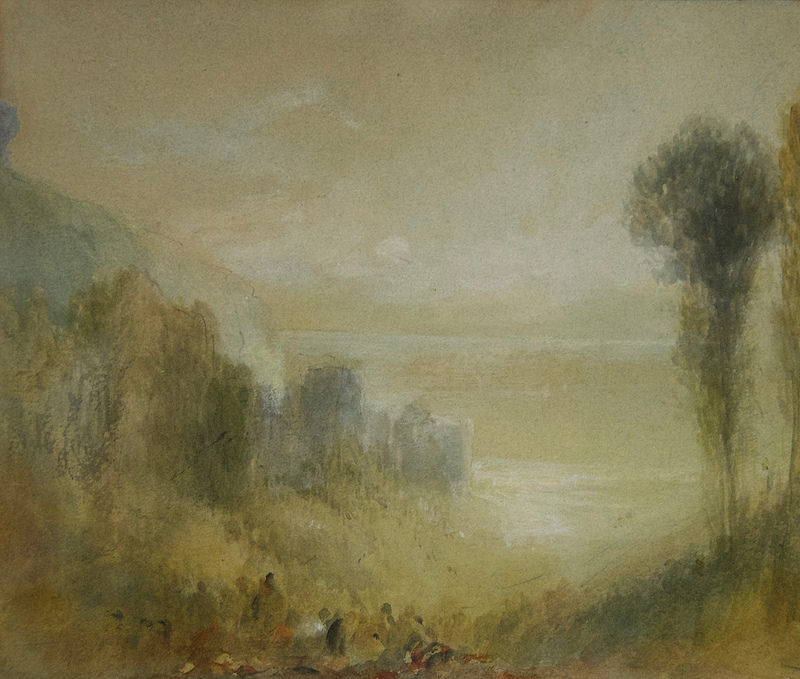 The finished painting shows the castle with sheep, goats, and reclined figures in the foreground, taking shelter from the sun under a pair of tall trees.

In this 14cm by 16.5cm unsigned sketch – which appears to have been torn from a sketchbook – the castle is far less defined and the people have been painted far more figuratively.

The sketch, which was inscribed with Turner’s name on the back, came with good provenance, having been authenticated by the eminent art dealer Gerald Agnew, and subsequently by two major London auction rooms.

It exceeded the auctioneer’s estimate of £15,000 to £20,000, achieving the highest lot price of the day at Moore Allen & Innocent’s recent selected antique, picture, books and interiors auction.