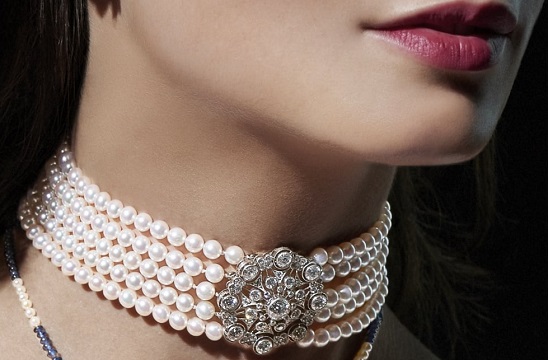 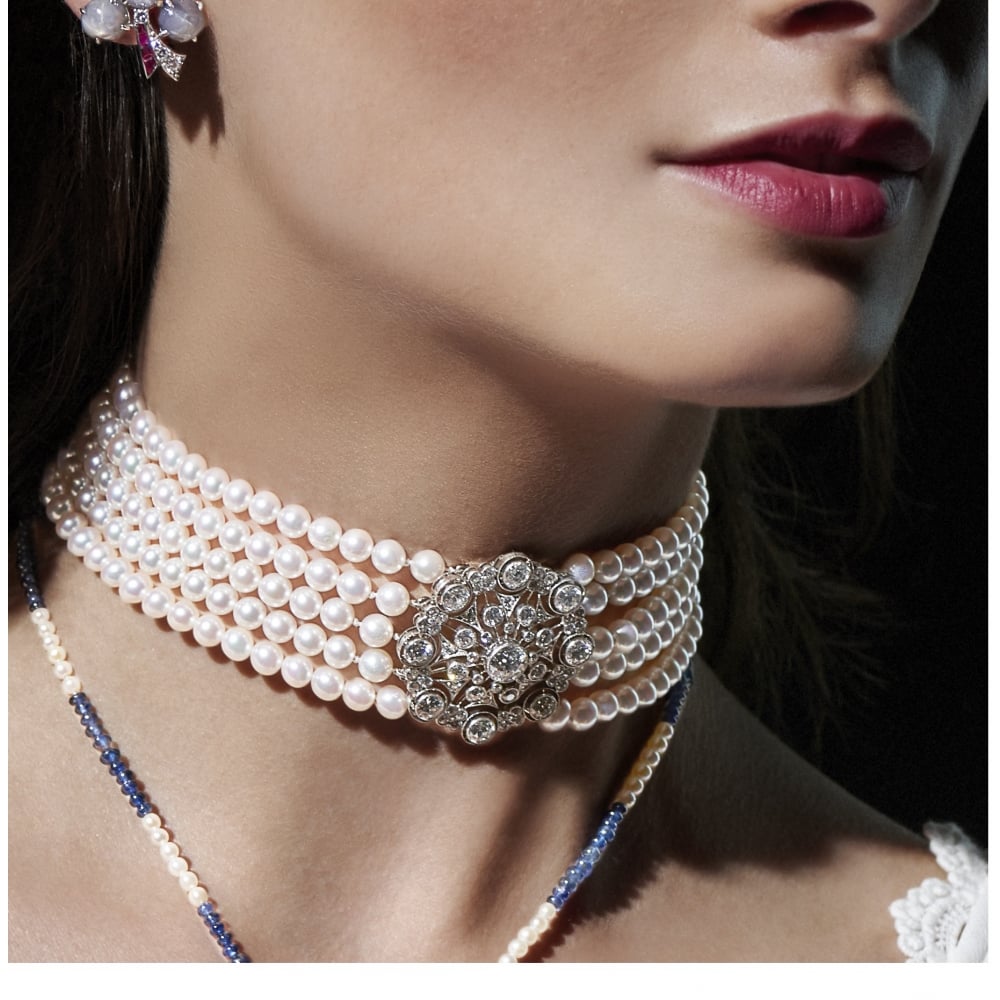 Our guide to pearls explores the complexities of its creation, revealing it as a marvellous and majestic miracle – all adding an air of pricelessness to your beloved jewellery.

From being the gifts of Chinese royalty in 2300 BC to becoming such a revered status symbol in Ancient Rome that Caesar passed a law that only the ruling classes could adorn these precious gems, the pearl has been the centrepiece of a long love affair. In this feature, we take a look at its origins, its types and its history.

The Origin of the Pearl

Any guide to pearls should celebrate them as one of nature’s wonders – created as a protective act of an oyster or mollusc to stop a foreign entity entering its organism. The process begins with the mollusc concealing an intruding object with epithelial cells that make up a pearl sac around it; next, layers and layers of nacre mould itself around the invasive piece to create the pearl itself. This act is vitally important as the reaction ensures the mollusc survives the attack.

Guide to Types of Pearls

There is a vast variety of pearls available, and with most things, there are some examples that are rarer than others.

Pearls fall into two main categories – natural and cultured. On the exterior, there is no differentiation between them; however, their differences come from the way they are created. Natural pearls come from the organic process, whilst cultured pearls are formed through human intervention when an irritant is introduced. Interestingly, pearl farmers have no means to manipulate what type of pearl their molluscs will produce, nor if they will produce a pearl at all! This means that each pearl is unique from the next regardless of how they are sourced.

Within these classes are sub-categories that determine where the host is native to, and this falls under freshwater or seawater. Pearl, Blister, Seed and Keshi pearls are all naturally-produced and derived from seawater molluscs and oysters; Pure pearl, Blister and Seed pearls are produced naturally by the freshwater beings.

Cultured oyster pearls are harvested during the colder months because the nacre layers will be thinner, therefore producing a better-quality pearl; however, on a vast farm, only a minor percentage will create a pearl suitable for market, and an even smaller amount will produce a pearl of top-class quality.

Size, Shape and Colours of Pearls

The pearls can vary in size, colour and shape according to their type, which makes identifying them an easy task to complete. For example, dainty Seed pearls are identifiable because they are categorically tiny, usually 2mm or less in diameter. Another example are Blister pearls which have a flat side because they are created on the inside of the shell casing; these types of pearls, whether sourced naturally or cultured are the most common pearl to be utilised within jewellery design.

Interestingly, Keshi pearls are a natural pearl that are generated within a cultured oyster. These pearls are baroque in shape, and are the result of the oyster rejecting the nucleus and creating a pearl sac. The name Keshi is Japanese for seed and refers to their iconic form.

Freshwater pearls are usually rounded; however, they have been known to come in a variety of shapes. These pearls are particularly popular for jewellery use because they come in a range of colours including white, soft pinks, pale greys, mauve, brown and heather.

Cultured South Sea pearls are usually large in size, ranging from 9-16mm in diameter. These types of pearls are the handiwork of white-lipped, gold-lipped and silver-lipped oysters that inhabit warmer climates such as Australia, Indonesia and the Philippines. The colour of the pearl depends on the type of oyster; white and silver-lipped oysters will spawn pearls of white, silver or light pink, whilst gold-lipped oysters will produce exquisite pearls that range in colour from light gold to burnt orange tones. Tahitian pearls are equally large specimens, growing in black-lipped oysters which create pearls of black pigment. The colour tones range anywhere from grey to black; however, can produce pearls of green, purple, white, yellow or pink, with grey undertones!

Mabe pearls are cultured examples that receive a lot of interference from farmers to ensure its renowned raised form that make them perfect decorations for earrings, brooches and pins.

The lure of Akoya pearls comes from their process, where oysters must be three years old before being able to bear a perfect Akoya pearl over a space of a year and a half. This only leaves a limited time for the oyster to produce these pearls as it only lives for seven years! The result? A pearl that ranges from pale blue-grey to deep blues. These colours are rarely found for sale on the marketplace, as Akoya pearls were bleached to create the iconic and natural ‘pearl look’ that was originally desired.

It is not known who first discovered the pearl, but it is assumed that they were encountered by people who looked for food along the seashore.

However, our love affair with pearls can be derived as far back as 420 BC because of a fragment of jewellery that was found in the sarcophagus of a Persian princess. This jewellery is now proudly displayed at the Louvre in Paris.

We lightly touched upon the pearls power in Ancient Rome and China; however, the pearl had a strong symbolic status in many countries all over the world. Because of the wealth of natural oyster beds along the Persian Gulf, it was here that the pearl trade began, but the pearl also held significant importance in Arab cultures. Legends suggest that pearls swallowed dewdrops when they fell into the sea after their creation.

However, this is not the only legend associated with this ancient gem, which comes as no surprise considering how long they have been around. The ancient Chinese would say that those who wore pearl jewellery were of the purest souls, while knights of the Dark Ages would adorn themselves with pearls to keep them safe at war. Legend even suggests that Cleopatra crushed a pearl into a glass of wine for Marc Antony to prove she could provide the most expensive dinner in history!

However, it wasn’t until the 15th and 16th centuries that the so-called Pearl Age emerged. During this period, the pearl was in high demand across most of Western Europe, as higher-class ladies decorated themselves with extravagant pearl necklaces, earrings, brooches and bracelets. The lure of the pearls continued across the years, with the 19th century seeing oyster supplies beginning to dwindle.

Until the 20th century, divers would face the depths of the sea to obtain oysters at distances of up to 100ft! It was a dangerous role that didn’t always guarantee success as it was not promised that the oyster would produce a quality pearl. Today, natural pearls are rare, with depleted supplies producing marketable pearls. It is, therefore, no surprise that such examples fetch thousands at auction and why many look towards antique jewellery at high-end jewellers.

However, regardless of whether they are natural or cultured, coloured or classic, the iridescent shimmer of pearls is irresistible – making any jewellery starring these tiny miracles simply timeless. 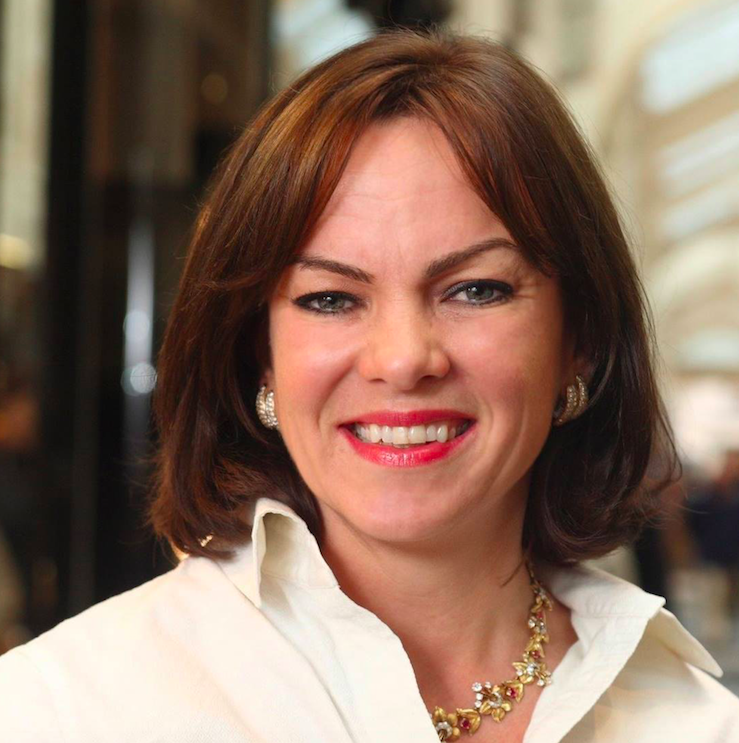 Susannah Lovis is one of Mayfair’s most respected and knowledgeable jewellers. Boasting a plethora of bespoke antique jewels, the collection is truly spectacular in both stone and design. From phenomenal art deco tiaras to antique engagement rings; there is something for every jewellery enthusiast. Susannah also offers an unparalleled service in resetting, repair and valuation, ensuring you can make the most of your treasures.