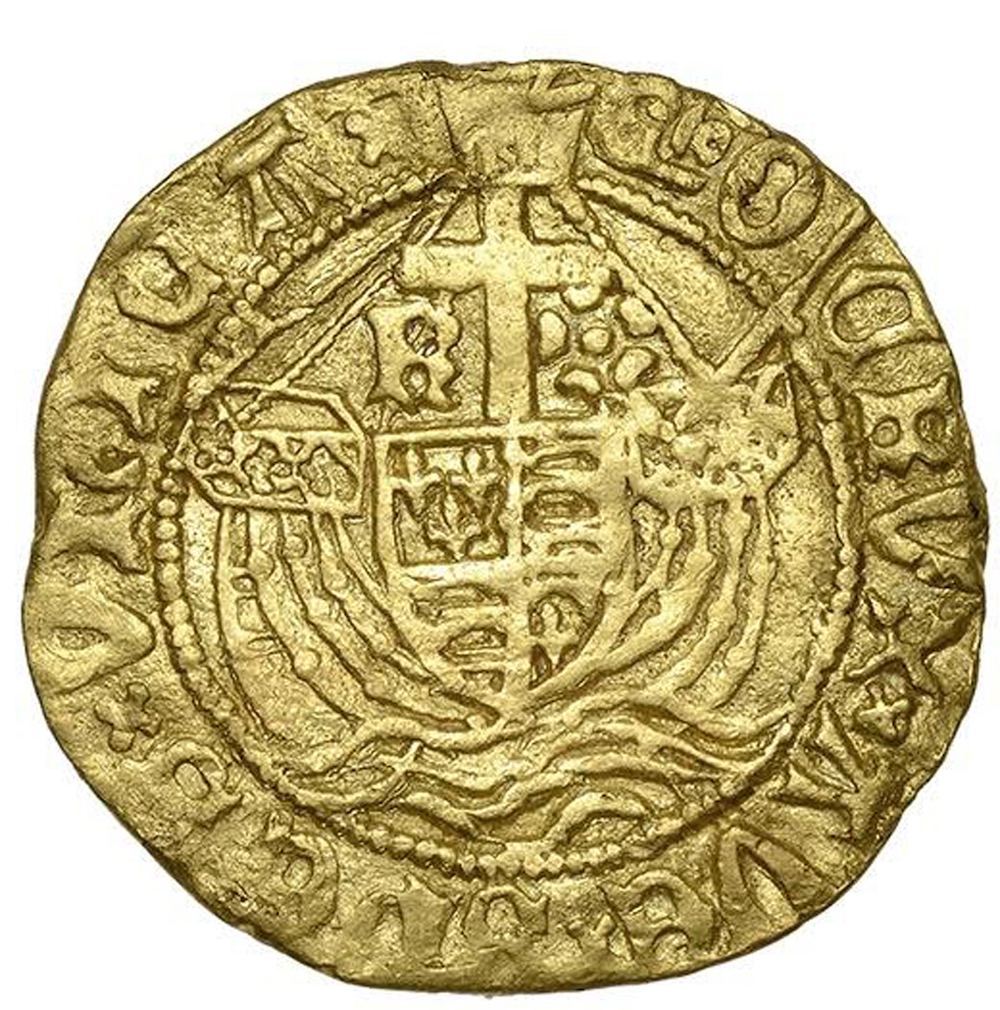 A rare gold coin which may have been dropped by one of Richard III’s soldiers fleeing from the Battle of Bosworth fetched more than £40,000 at an auction at Dix Noonan Webb, the international coins and medals specialists, in London.
The Richard III Half Angel, which was found by metal detectorist Michelle Vall from Blackpool in a field at Monks Kirby in Warwickshire, had been expected to fetch £10,000 to £15,000.
Auctioneer Christopher Webb, head of the coins department at Dix Noonan Webb, said that there had been “considerable” advance commission bidding as he began to sell the coin. Bidding began at £17,000 and a fiercely fought contest drove the price to twice that. The auctioneer’s hammer came down at £34,000. With buyer’s commission added, the successful bidder, an anonymous buyer in the saleroom, paid £40,800. The money will be split between Michelle, a 51 year-old primary school teaching assistant, and the landowner.
A spokesman for Dix Noonan Webb said: “Richard III was only on the throne for two years and just a handful of Half Angel coins from his reign have survived. It was therefore a rare chance for buyers to acquire one and the strong bidding reflected this. The fact that it was found a few miles from the site of Bosworth Field, the battle where Richard lost his life, made it even more attractive.”
Share this...